Bai Antoniou and Charles Lokolingoy have been called up to Sydney FC's senior team after their championship-winning NPL 2 season. 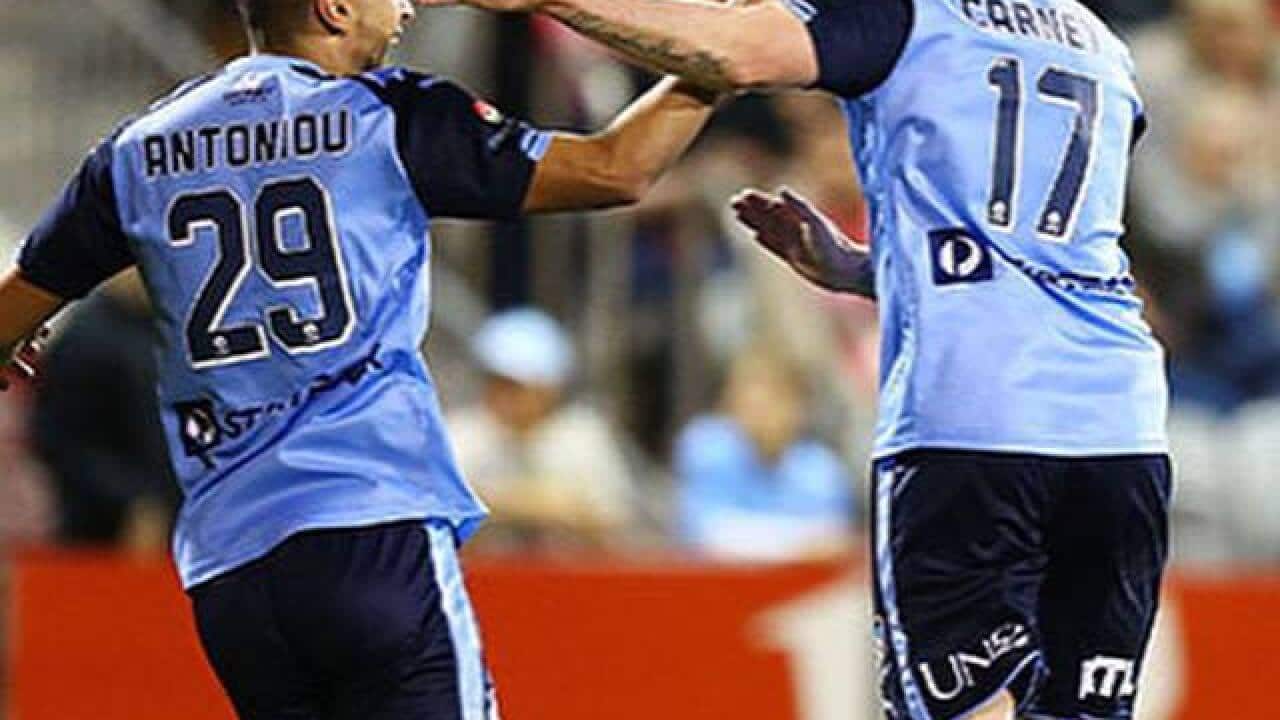 The duo, both 19, will join the squad full-time under coach Graham Arnold as part of a scholarship program that is available for use on under-20 players.

The pair were each heavy goal-scorers during the NPL 2 team's hugely successful campaign under coach Rob Stanton.

Lokolingoy was the competition's leading scorer, with a whopping 27 goals in 28 games, while Antoniou finished third on the list with 20 goals.

Advertisement
It is a hugely exciting time for Lokolingoy, whose family migrated to Australia from the Democratic Republic of Congo when he was 11. He was recently drafted into the Young Socceroos side as a result of his goal-scoring exploits.

Antoniou has a history in junior representative football for Australia going back to the Joeys and he has also played for the Young Socceroos.

The rise of the pair is seen by the club as further evidence of the success of Sydney FC's academy, which is still less than one year old but is already standing the club in great stead for the future.

“I’m very excited for the time ahead," he said. "There’s a lot of hard work to do, but I can’t wait.

“After a solid season in the NYL and NPL I’m really confident of stepping up. I’m hoping I can get a chance so I can deliver.

“Coming through the youth system at Sydney FC has helped me a lot. I’ve continued to learn about the technical side of the game and the playing system, and after two good years with the youth team I’m ready to take everything I’ve learned to the first team.”

Antoniou said Stanton had done a great job of preparing him for the big step up in class.

“I was a member of Sydney FC when they first started in the A-League and I never thought I’d get the chance to play for such a big club.

“Rob Stanton has a good relationship with Graham Arnold and knows what it takes to make the step up to the next level. He drilled into our heads all season what we need to do and where our attitude and performance needs to be to get to a professional level.

“I had a good season under Rob. He has helped improve areas in my game and I feel like I am ready for this bigger challenge.”

Arnold is a renowned developer of young talent and his willingness to try youngsters in the past - at Central Coast Mariners and Sydney FC - means there is every chance the pair will get a run in the A-League at some stage this season.

The coach said he was looking forward to working with the pair.

"Charles and Bai have had exceptionally successful seasons with the Sydney FC youth team and National Premier League side,” he said.

“They are both exciting, attack-minded players. I’m very pleased they will get the chance to prove themselves over the course of this season.

“They will give us some wonderful options going forward and I look forward to helping them develop into Hyundai A-League players.”