Sydney FC's supporter group, The Cove, have pushed themselves to the vanguard of mushrooming fan power movement as they pledge to take Football Federation Australia (FFA), NSW Police and the SCG Trust to task in a series of summits aimed at changing the way active fans are perceived. 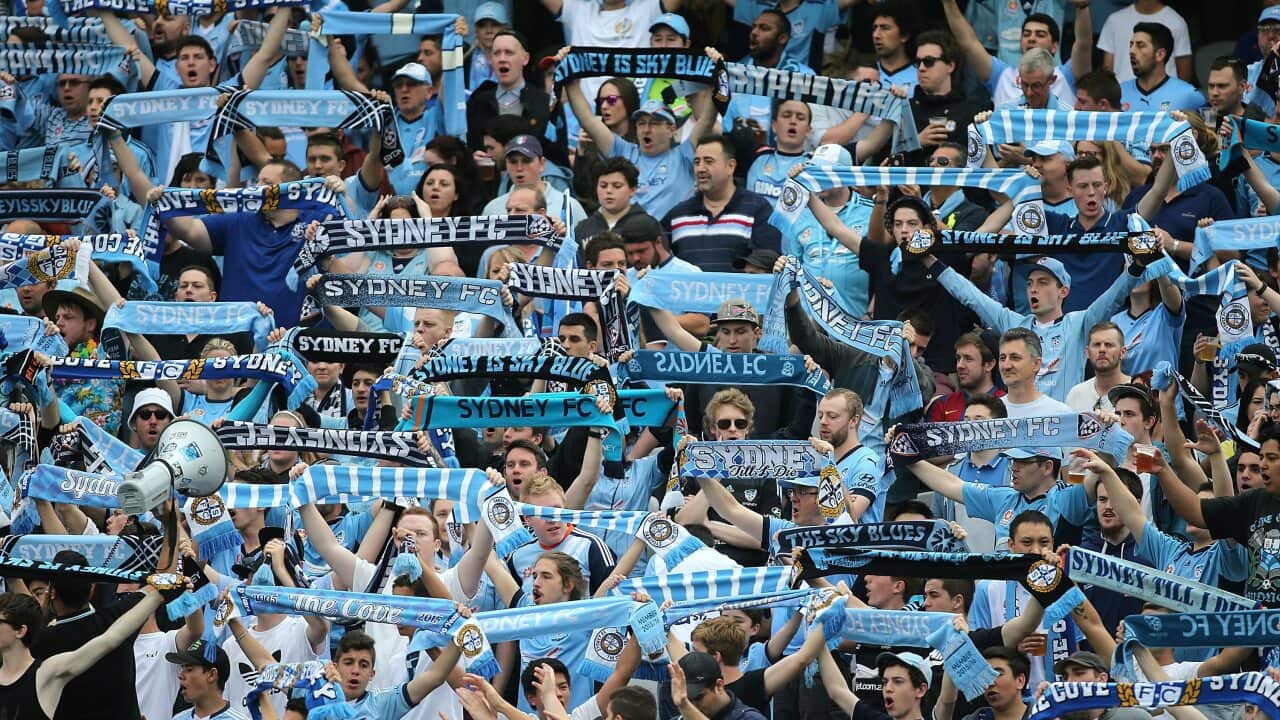 While fellow fans groups from Western Sydney Wanderers and Melbourne Victory will stage walk-outs during A-League matches this weekend, in protest to FFA's heavy duty approach to dealing with active supporter groups, the Cove will be asking the hard questions of the authorities in the continuing fallout from the controversial unveiling of 198 banned fans in a name-and-shame file published by News Corp last weekend.

Tensions are running high among supporters over a raft of issues, with demands that an appeal process be put in place for those who feel they have been wrongly identified as "louts" and banned for up to 10 years by the governing body.

Advertisement
A Cove leadership group, which believes walk-outs are the wrong way to agitate for change, held discussions with FFA officials on Wednesday night, describing the outcome as “positive”.

In what promises to be an absorbing meeting, the group will also tackle NSW police representatives next Tuesday to challenge statements which include telling the Sunday Telegraph: “The last thing we want to get to in Australia is putting rival fans in cages like the UK model".

READ MORE
Fan fury over leaks in a breach of trust

The SCG Trust has also agreed to talks with the Cove next Wednesday.

Cove spokesman Grant Muir is seeking answers to questions from all three bodies.

The NSW Police Association are foremost in his sights after they “posted and re-posted anti-football tweets”, including a link to the inflammatory, and very possibly defamatory News Corp article penned by Rebecca Wilson, which revealed the identity of the 198 banned supporters, some of whom were underage and many who have not been convicted by any court for their purported offences.

A number of those fans are now exploring their legal options after being identified by News Corp, with one claiming he has lost his job as a result.

“The NSW police are supposed to be impartial, and in these instances they have very clearly not been,” Muir said.

“Some of them seem to have a mental block on football and their cultural issues in their attitudes towards football fans which need to be addressed.

“Mr Scipione thinks they put people in cages in England ... it's horrifying that he would believe that something that was eliminated 25 years ago is still going on.”

Broadcaster Alan Jones, who sparked anger by likening issues with A-League fans to the Paris terrorist’s attacks, is a member of the SCG Trust, which the Cove feels has some serious questions to answer.

“We want to hear from them how they are investigating whether the leak came from them and what they plan to do should they find that it did," Muir said.

“Does the board support Jones's position? Will they refute it and censure him for his statement? It's a serious concern that a board member of a public trust is able to vilify its largest tennant's patrons in that disgusting manner."

All this comes amid calls from Victory CEO Ian Robson for FFA to ensure there is never again a repeat of leaked confidential information about supporters, and offers from the Wanderers, who have 90 supporters on the list for offenses ranging from foul language to fighting, to advocate on behalf of their fans if they can prove they have treated unjustly.

With feelings at fever pitch, FFA felt compelled to issue a brief statement on Wednesday night after it emerged that Wilson had received death threats over her story.

“While these are matters for the police, FFA has called for these threats to cease,” the statement read.

With FFA scrambling to manage a PR disaster, The Cove will also ask the governing body what it will do to stop any repeats of the fiasco.

“We are asking what they are doing to find out who leaked the documents, and we are also looking for answering on the banning process for supporters,” Muir said.

“We have had no participation in the process other than being on the receiving end of their decisions ... fans deserve a transparent process.”

The Cove will also press FFA on the role of private security firm Hatomoto in the process of banning supporters.

“We have no problem with people that break the law and act in a violent way getting banned …  but you have to have a valid system and should not implement a system which bans people incorrectly and then offers no visible recourse,” Muir said.

“The FFA has a massive problem in its perception form active supporters, and that’s not just from nut-jobs and conspiracy theorists.

"Anybody who takes their football seriously has experienced an absence and comprehension and engagement from FFA, who seem unwilling to treat people by society’s normal standards of interaction and seem to arbitrarily impose sanctions on people.