The False 9: Grand Final - Who deserves to be in A-League team of the year?

Adelaide United could not get one player, even on the bench, in the Professional Footballers Australia team of the year, but False 9 reckons there should be three in the starting side alone - Dylan McGowan, Isaias and Craig Goodwin. 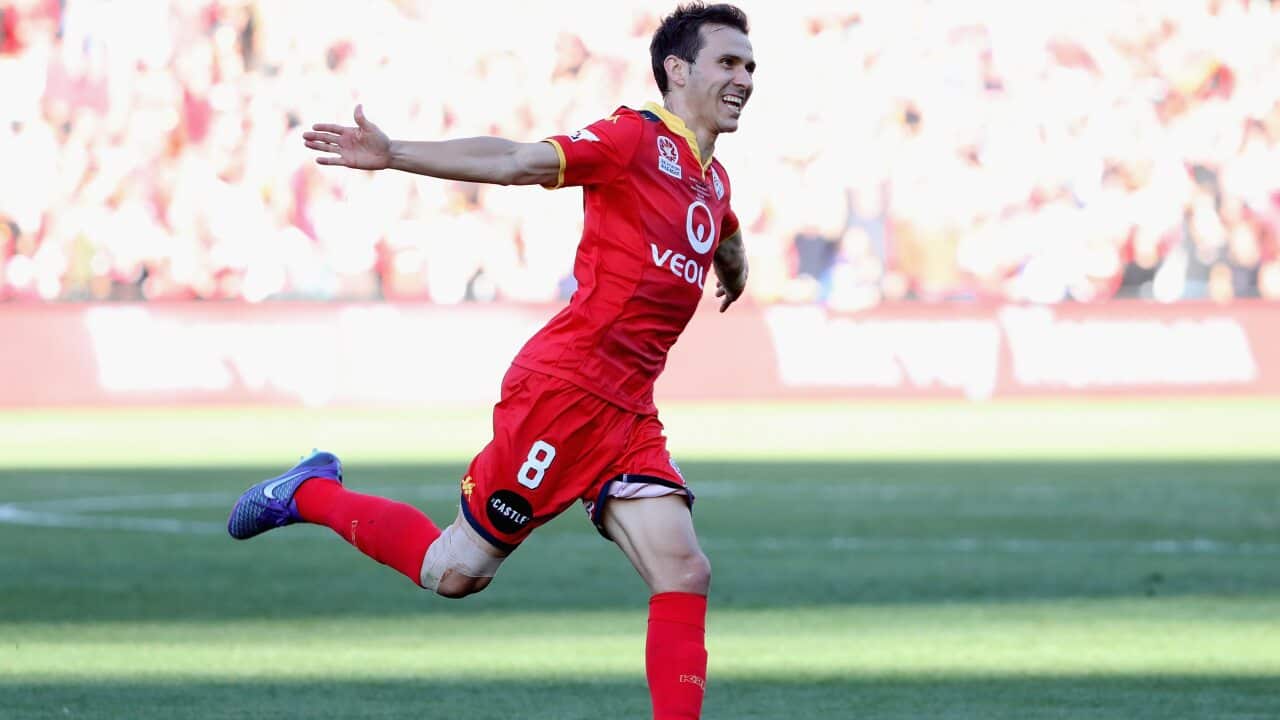 Goodwin's ability to play on either wing would add flexibility to a front-line that also included Melbourne City's Bruno Fornaroli and Brisbane Roar's Jamie Maclaren.

Advertisement
Fornaroli could mostly occupy the central area, while Maclaren, who is just as comfortable shooting with either foot and has a knack of freeing himself up from defenders, could float around.

City's Aaron Mooy and Perth Glory's Diego Castro could take either side of the midfield in a 4-3-3 formation, with Isaias operating from a bit deeper in the centre.

Isaias can get forward and is also capable of hitting a great dead ball, as we saw from his splendid grand final goal, but perhaps his best work is his screening for the back four. He is a big part of the reason Adelaide were so good defensively.

McGowan had a great season in central defence for the Reds and his understanding with Isaias is key.

Adelaide's Eugene Galekovic and City's Thomas Sorensen are worthy contenders for goalkeeper, but Mark Birighitti, playing in a battling Newcastle Jets side, had an outstanding season.

Adelaide's Guillermo Amor would, of course, be coach.

Now, tell False 9 who you think should be in the team of the year.

The rise of the pissant town is now complete after Adelaide won the grand final.

Those who appreciate a good rant will recall former Reds coach Aurelio Vidmar's world-class effort after Adelaide had lost the second leg of the 2008-2009 major semi-final 4-0 to Melbourne Victory and gone down 6-0 on aggregate.

Vidmar blamed the loss on "politics, that's what I put it down to", and said: "There's too many people in this club with hidden agendas. That's the problem. That 4-0 result tonight was politics, nothing else. Whether you're involved directly or indirectly, you have an effect. It has an effect on everyone.

"Because of a pissant town this club will never win anything, until you get rid of that crap."

That was just the start of it, but no need for False 9 to continue. You get the drift - Aurelio wasn't happy!

Anyway, just for the record, this is what a typical pissant looks like. On top of the world!

Good to see organisers went for a big, flat presentation dais at the grand final, as opposed to the smaller, semi-circular dais with steps at the front from which then Football Federation Australia chairman Frank Lowy took a nasty fall at last year's presentation. There was no such drama this year.

It was a tremendous performance by Victory to win last year's grand final, but an even more impressive effort by Lowy, then 84, to eventually get back up, after landing on his head, return to the stage and still take part in the trophy presentation.

The one time you don't mind having your head in the toilet!

It was a rocking and rolling good time in the Adelaide dressing-room.

Pretty much says it all, really.

This is it folks, over the top

And who better to bring it to you than a band who had their origins in Adelaide, The Angels, fronted by the late, great Doc Neeson.

Big Bruce Djite has got a way of putting things that are always thoughtful, interesting or entertaining - or all of the above.

He was at it again when asked at what stage did he think Adelaide were getting on top of Western Sydney in the grand final and he referred to young winger Bruce Kamau having zipped in ahead of Wanderers defender Scott Jamieson to score the opening goal.

"That was just fantastic to see, such a young player, taking the game on. Jamieson is one of the best full-backs in the league, if not the best, and he (Kamau) really made it difficult for him today."

The start of next season.

After what False 9 regards as the best A-League season on record, when it comes to the overall quality of the football and the many twists and turns that made the competition so intriguing, it is going to feel like a very long off-season waiting for it to start all over again.

(Yes, I know, it genuinely is a very long off-season, but you get my meaning).