The Popovic you've never heard of, but might soon

He models himself on Robert Lewandowski, idolised Harry Kewell and Mark Viduka, and is taking the hard road to the top in Germany. 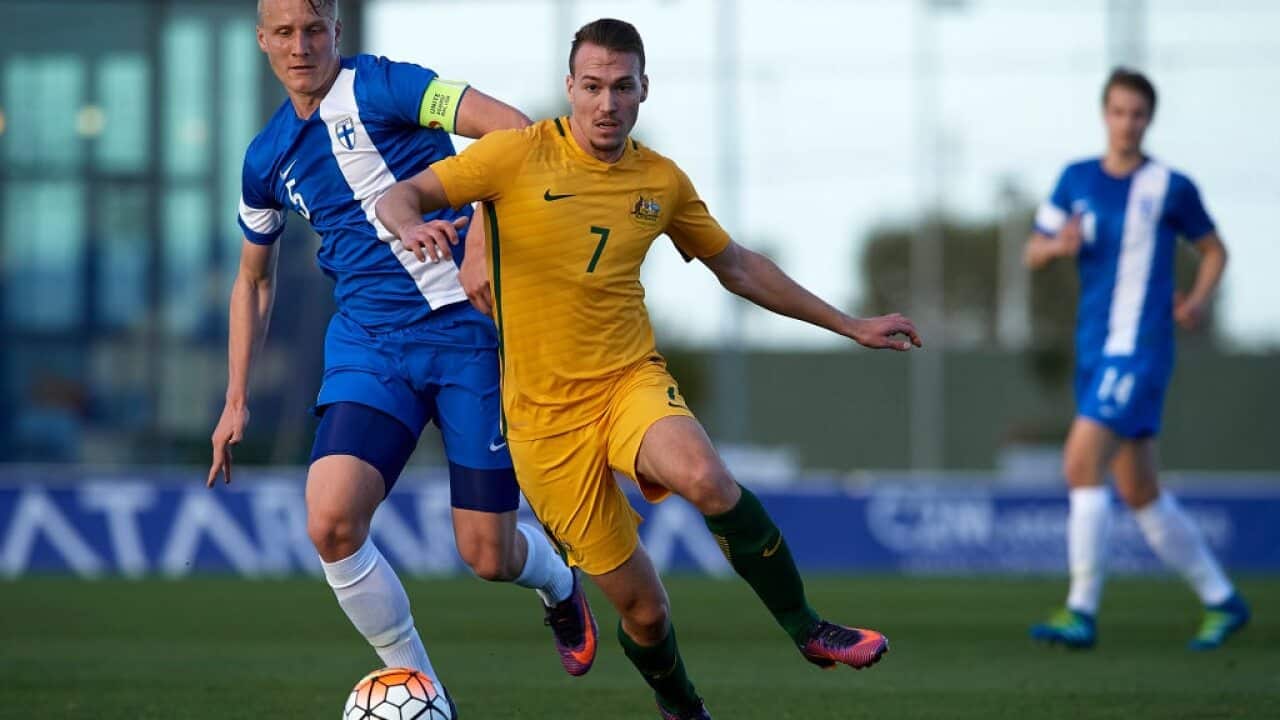 Olyroos striker Milislav Popovic might still be a relative unknown in his home country.

But there are wise judges who believe he could one day soon step out for the Socceroos, just like his namesake, the other Popovic, Tony, who graced the national team during the nineties and early noughties.

The kid from Liverpool, in Sydney's west, is rated by Olyroos coach Josep Gombau as one of his most gifted prospects, and a Socceroo-in-the-making by former Milan and Lazio defender Andrea Icardi, who nurtured Popovic from the age of 10 at his Australia-based AC Milan Soccer School.

Advertisement
Popovic, 20, is looking to make this a breakthrough year at second tier German club Eintracht Braunschweig, whom he joined after 18 months with Bundesliga outfit Cologne.

He's training with with the first team, but playing for the reserves in Germany's fourth tier.

Popovic views the move as part of a progression which he hopes will, at some point, lead to a return to the Bundesliga.

Just out of hospital, where he spent two days after suffering concussion following a training ground accident, he has scored once in six appearances for his new club, and expects to be fully fit again in around two weeks.

Blessed with a lethal left foot, searing speed and the knack of being "in the right place at the right time", Popovic said of his switch to the small town team with big aspirations: "It's all about aiming for first-team football".

"I had a year left on my contract at Cologne, and they wanted me to stay there, but I just saw a clearer opportunity here.

"I think they have a better plan for me and I decided Eintracht was the best way to progress.

Popovic struck twice in the Olyroos' recent AFC qualifiers in Myanmar and Gombau is a firm believer in his potential.

"He's a tall, strong left-sided striker who can become a very good player for us," Gombau said.

"He's learning a lot in Germany and has a really good eye for goals."

Icardi tutored Popovic for six years and arranged for him to join Lazio at 16, where he spent a season playing alongside fringe Socceroo Chris Ikonomidis in Italy's Primavera.

And he sees the 188cm forward as a talent, whose explosive nature could carry him a long way.

"I could see straight away at 10-years-old the sort of potential he possessed," Icardi said.

"Even back then, I thought he could have the quality to do something in Europe.

"He is strong and he is fast, and good in the air, and very powerful on his left side.

"He knows how to be in the right place at the right time.

"He can score goals and also has some tricks ... he has good touch and good sensibilities with the ball.

"And at the same he's smart ... if he pushes himself he can be a very good player and maybe one day play for the Socceroos. Time will answer that question."

Popovic, who describes his style as "focused on speed and technical ability", is trying to emulate his idol, Bayern Munich's polish gem Lewandowski.

"I look up to him so much as a world class player and I am trying to model myself around him a bit," Popovic said.

"I am normally a number nine, but I can also play on the left wing with my speed."

Prior to joining Cologne, Popovic a had spell with German feeder club TSV Havelse, having spent nearly two seasons with Lazio.

"I've been in Germany almost two years now ... and obviously being part of the Olyroos is a big thing for me and I'm looking forward to that continuing," he said.

"Every time I get the chance to represent my country I'm very proud.

"Maybe to play for the Socceroos one day, that's the plan and that's the dream."