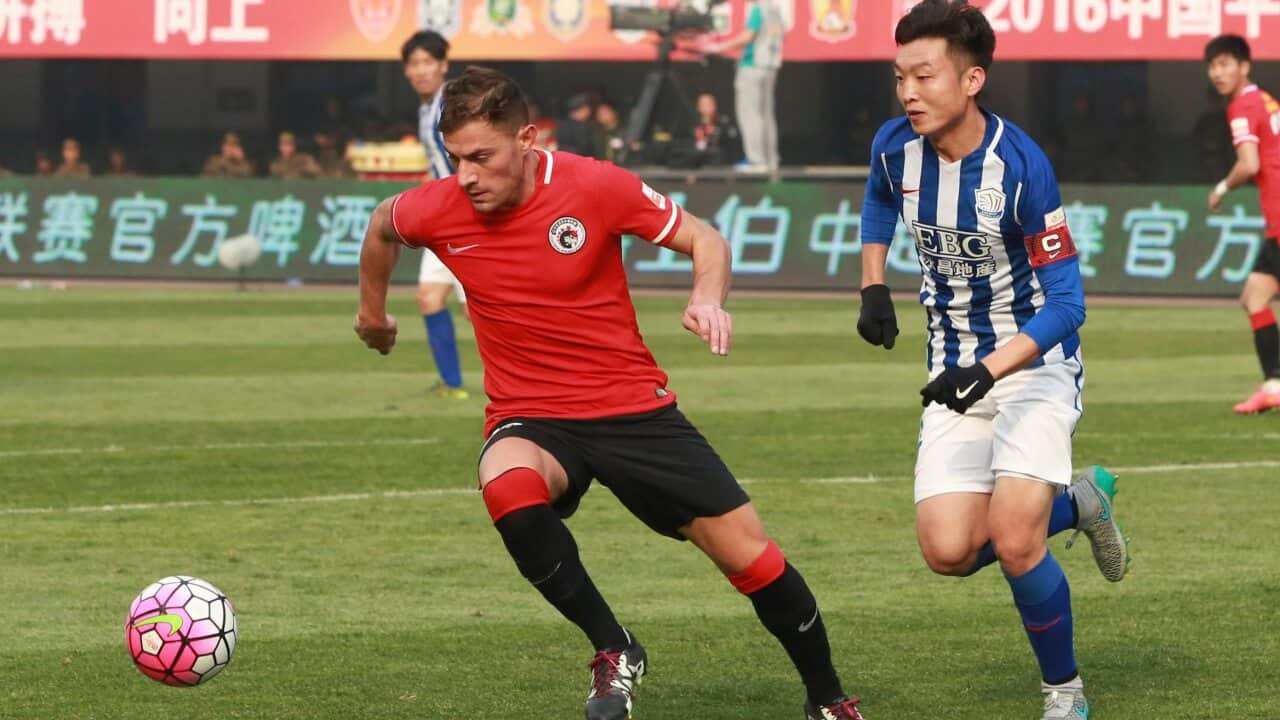 Surplus to requirements after the club signed Dario Vidiosic from Western Sydney Wanderers last month, Troisi’s representatives are close to finalising his release, with two Turkish Super Lig sides vying for his signature, along with another team from the Middle East.

However Turkey, where he spent three seasons with Kayserispor and a year with Genclerbirligi between 2008 and 2012, is the most likely next destination for the 27 year-old.

The former Melbourne Victory star has been embroiled in bitter dispute with his paymasters at Liaoning, also home to former Socceroos defender Michael Thwaite, after chairman Wang Yi sought to terminate his contract for a cut-price pay-out last month.

Troisi refused to budge without reasonable remuneration, and it appears the impasse had been breached between player and club, so Troisi could be on this way out of China before the end of this week.

Troisi, who has played just three games this season, has fully recovered from an ankle injury which stifled his progress and ability to impress after joining Liaoning from Saudi side Al Ittihad, whom he also left prematurely after the club failed to deliver on their wage obligations.

The 28-cap Troisi is looking to force his way back into Australia coach Ange Postecoglou's calculations for the final phase of qualifying for the Russia 2018 FIFA World Cup after being left out of recent squads, and he has fond memories of his time in Turkey, scoring 12 goals in 64 league games for Kayserispor who he joined from Genclerbirligi in 2009.