Italian rider Diego Ulissi has claimed an inspirational win on the fourth stage of the Tour of Slovenia. 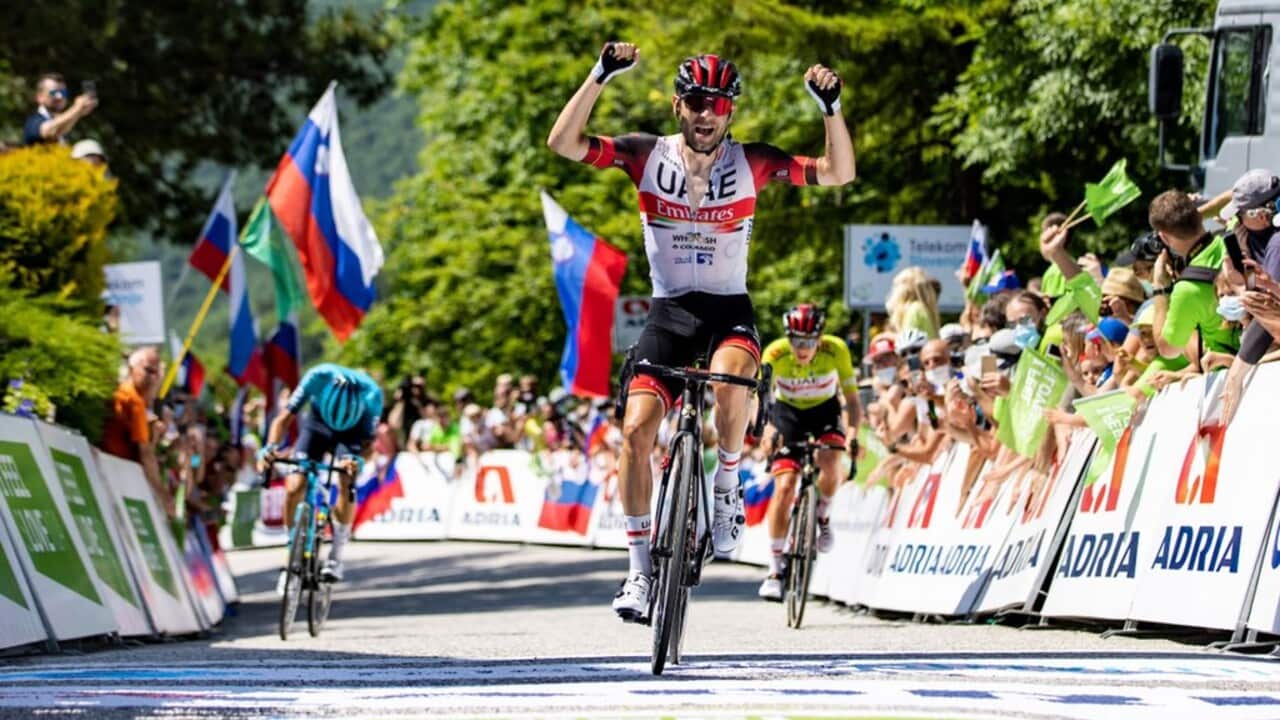 Diego Ulissi celebrates his win at the Tour of Slovenia Source: Getty Images

Ulissi, who had to take a break from cycling due to a heart issue earlier this year, led UAE Team Emirates to a one-two ahead of general classification leader Tadej Pogacar.

It was an emotional result for Ulissi as he claimed his first win since returning to the peloton.

“I’m really happy for this victory: after a difficult winter,” Ulissi said after the race.

“It’s great to have found good legs, a good condition and to be back to winning. Already since the last week of the Giro d’Italia I had excellent sensations, today I made the most of my condition. I thank a great team for the support I received from all of them.”

Going into the final day on Sunday Tour de France winner Pogacar is favourite to take the title, leading the General Classification by 1 minute and 21 seconds ahead of Ulissi.