Tando Velaphi has suffered relegation and struggled to get regular game-time in his first season in Japan - but the Australian goalkeeper is not ready to give up on his overseas dream just yet. 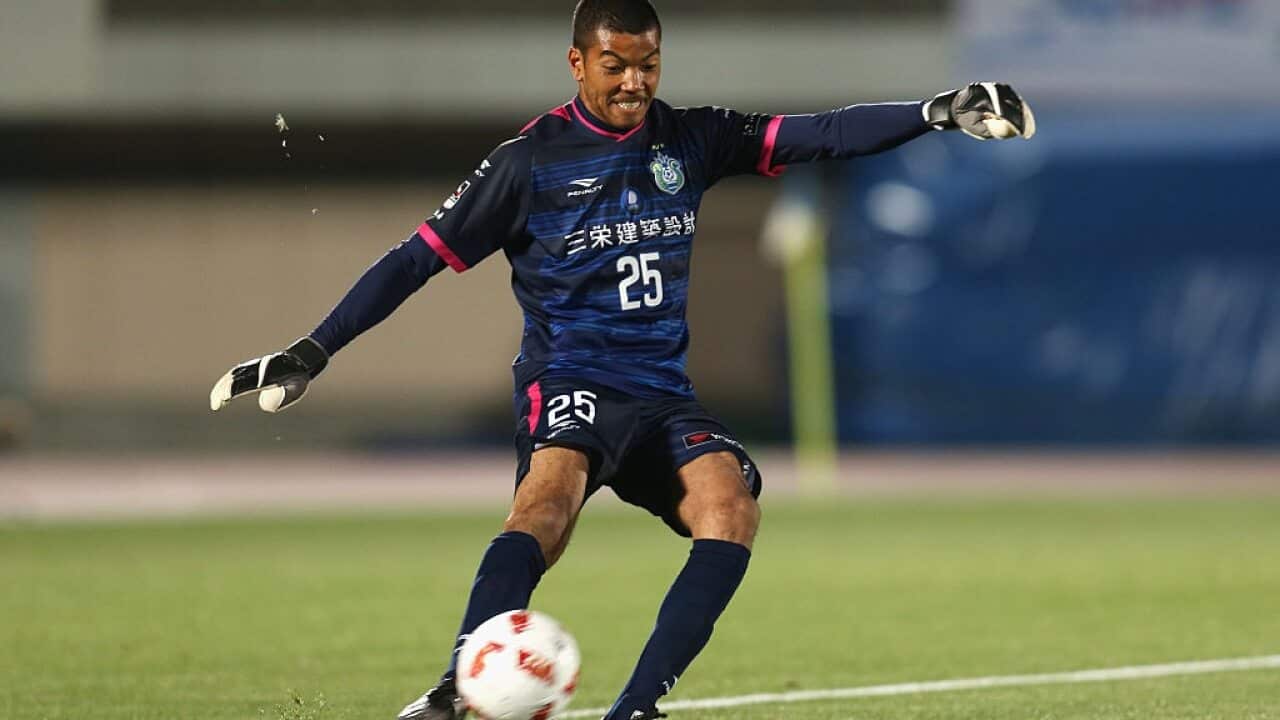 Velaphi left the A-League at the start of 2016 when he swapped Melbourne City for Shonan Bellmare. The club had just been promoted into the J1, Japan’s top flight.

But it has been a difficult campaign for the 29-year old, making only nine first-team appearances as his club managed only three wins all season and finished in 17th place in the 18-team competition to be relegated early.

"In terms of football it’s been a bit mixed with our club,” Velaphi admits.

Advertisement
“Relegation is not ideal but it’s been a learning experience. I think I’ve grown as a footballer and as a person.

"We look at results, which obviously haven’t been great for us, but there’s other aspects of football and my personality that have grown. It’s been a good experience."

Velaphi admitted the transition from the A-League to Japan wasn't easy and says he's still struggling with the language barrier.

“I obviously wanted to play more and cement my position here. But it hasn’t happened, but sometimes you have to be patient," he said.

"This league takes a bit of adapting to. It’s not an easy prospect, there’s some top quality players but I know if I bide my time and keep working hard I’ll get some more opportunities and establish myself over here.

“[My knowledge of the Japanese language} it’s getting there. I have to use it pretty much on a daily basis, which is good. I’m doing some lessons, which is helping.”

Velaphi spent nine years in the A-League after making his debut for Brisbane Roar in 2007.

The shot-stopper, who has a Japanese mother, has had spells at Perth Glory, Melbourne Victory and Melbourne City.

Velaphi has found the J1 to be technically stronger compared to the A-League, but believes many Aussie players could make the switch successfully.

"The style of play is a little bit different,” he admitted.

"Both leagues are very strong but in Japan there’s a lot of influence from futsal, they practice from an early age and their technique, they work on it a lot here.

"They're different styles of leagues but both very competitive, both hard to play in. It’s a good challenge.

"There’s some quality players here from the Brazilians who are established here and a lot of the Japanese national team play here.

"Week-in-week-out you’re up against top players and that’s what you’re after as a footballer, and Australia’s no different. I definitely think a lot of Australian players could come over here and do well.”

Velaphi is contracted to Shonan Bellmare for another season and the keeper wants to stay with the Hiratsuka-based side and help them earn promoted back to the top division next year.

"They put a lot of faith in me as an Australian bringing me over here and I’d like to kind of show what I can produce," he said. "But then in football you never know.

"We’ll sit down at the end of the season and see where it’s all at.

"At this stage I want to try and stay and try and put my best foot forward to help the club get back into the J1.”