Mark Milligan will remain at Melbourne Victory until after the A-League season after the club rejected an offer from Saudi Arabian giants Al-Ahli. 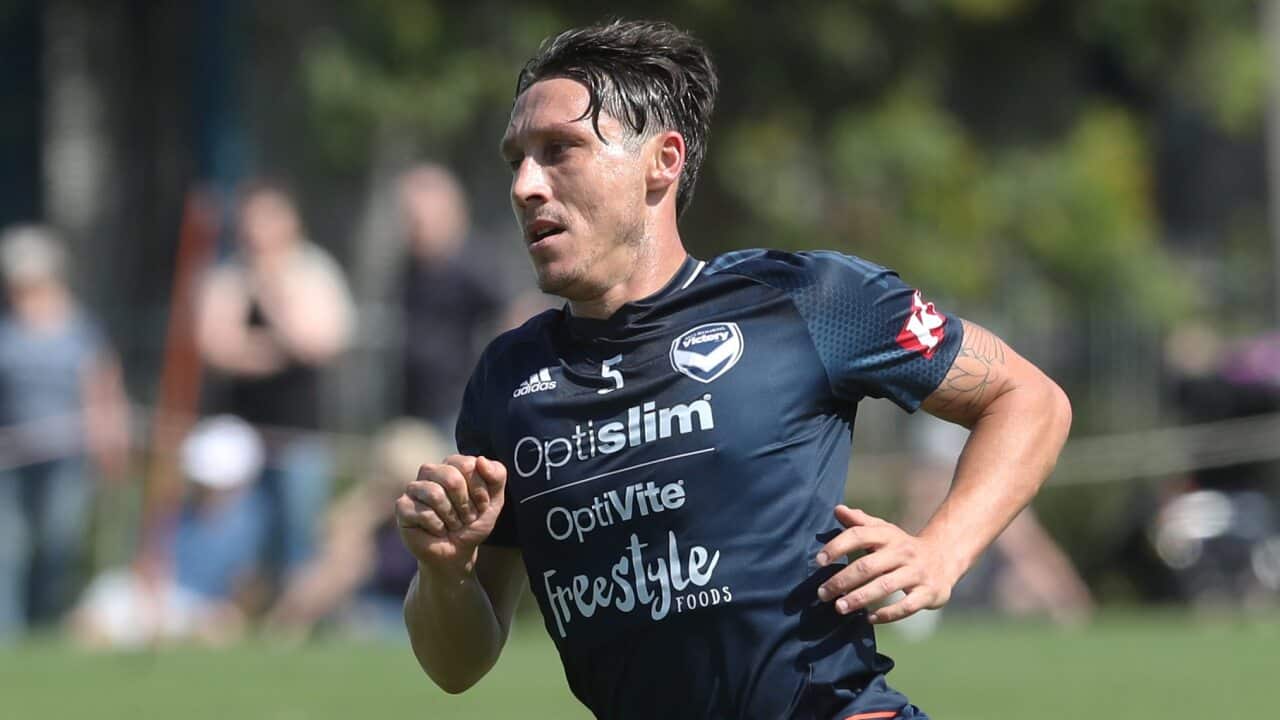 The Socceroos Midfielder was a key transfer target for the Saudi club who is understood to have made a transfer bid worth $375,000 dollars for Milligan.

However, the Melbourne Victory board decided on Monday to reject the lucrative offer and keep their star player despite Milligan being off contract at the end of the season.

Victory coach Kevin Muscat said the club's position is that their marquee man is not for sale.

Advertisement
"There's always going to be interest in a player of Mark's calibre, but Mark is a contracted Melbourne Victory player, and, more importantly, a required one," said Muscat.

"Significant planning, time and effort went into building our squad for this season and Mark's signing was an integral part of that, so the club is not prepared to entertain offers for his services."

"A formal offer was lodged and subsequently rejected - that's as far as it went."

Milligan has been a key contributor this season for Victory playing in both midfield and defence as the club battled through an injury crisis.

The return of defenders Thomas Deng and James Donachie will free Milligan to play in his preferred position of central midfield during Victory's run towards the finals.

Milligan, 32, has not been offered a contract for next season from Melbourne Victory.