Wales coach Chris Coleman confirmed there will be a ban on the players' wives and girlfriends, WAGs, from their team hotel at UEFA EURO 2016 in France. 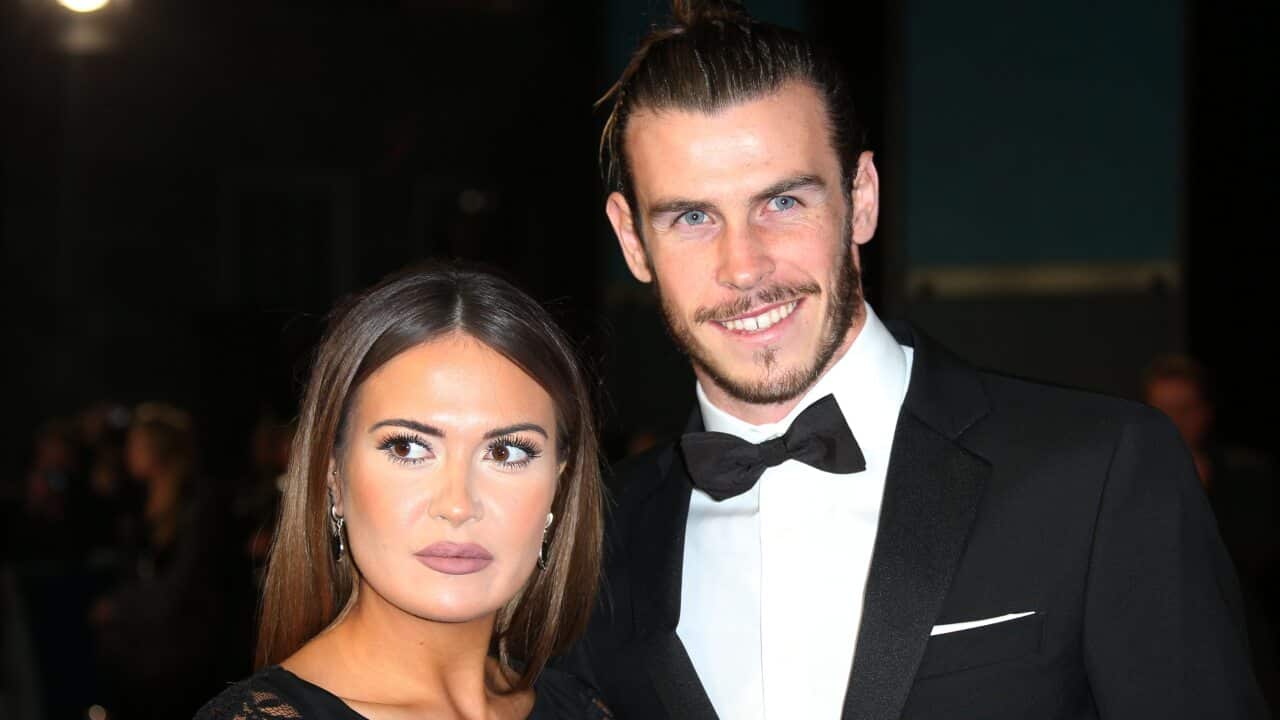 Gareth Bale and Emma Rhys-Jones at the World Premiere of the Bond film, Spectre, at the Royal Albert Halll in central London last October Source: AAP

The presence of WAGs has been a thorny issue around major tournaments ever since England's 2006 FIFA World Cup campaign in Germany was somewhat overshadowed by the presence of Victoria Beckham, Coleen Rooney and others.

Advertisement
Coleman is adamant that WAGs have no place at Wales' first major tournament in 58 years, at least during the initial segment of the finals.

"We have three games and there will be no family, no girlfriends, no wives in our hotel in the first period of the group stage," Coleman, whose squad will be based in the Brittany coastal resort of Dinard during the tournament, said.

"We said let's get through the group because then there's a six-day period and we can have a day where we say it's OK to spend some time with the family - and then, bang, we are at it again."

Wales face Slovakia, England and Russia in the group stage of their first major tournament since the 1958 World Cup.

The Dragons will head to France after a final friendly in Sweden on 5 June (Local time) before opening their EURO 2016 campaign against Slovakia in Bordeaux six days later.

"It's no good us saying we are in camp for so long or complain about that," Coleman said, ahead of this week's friendlies against Northern Ireland and Ukraine.

"If one of the players say they have a bit of cabin fever then good, we have waited long enough.

"Let's get through the group and then the players can have a day with their families and friends.

"We are out there to make sure we do Wales proud and to do that we have to prepare properly."

Coleman, however, has promised his players some downtime during their stay in France. This could take the form of a beach walk along Dinard's picturesque promenade or even nine holes at a nearby golf course.

"If there is the right time for them to do that mentally and physically, then that's absolutely fine." Coleman said.

"It's all right if they pop into Dinard for a cup of coffee and bump into friends and family. But in terms of the hotel itself, no.

"We can't have friends and family coming in every day or two days a week, it's best to knock that on the head now. For those two weeks, it's not going to happen.

"When you are in the hotel it is us - and that's it. It's a small sacrifice."

Coleman's 46th birthday falls on 10 June when France and Romania kick off the tournament in Paris.

It is also the day before Wales' opening game and the manager plans to put celebrations on hold.

"My birthday won't happen, I won't be thinking about anything else than our game," said Coleman.

"It's intense when you are in camp, even for these two friendlies.

"You can imagine when you are in a tournament the desperation for us to do well and get through, and I can't imagine how intense that will be because we've never been there.

"There will be no time for anything else other than the three games. Everything else has to wait."