Walmsley and Mariners focus on basics not marquees

Central Coast Mariners coach Tony Walmsley said the club wouldn’t consider adding a marquee or guest player until the middle of the A-League season, citing a desire to “get the basics right” as the club’s main priority after last season’s disastrous showing. 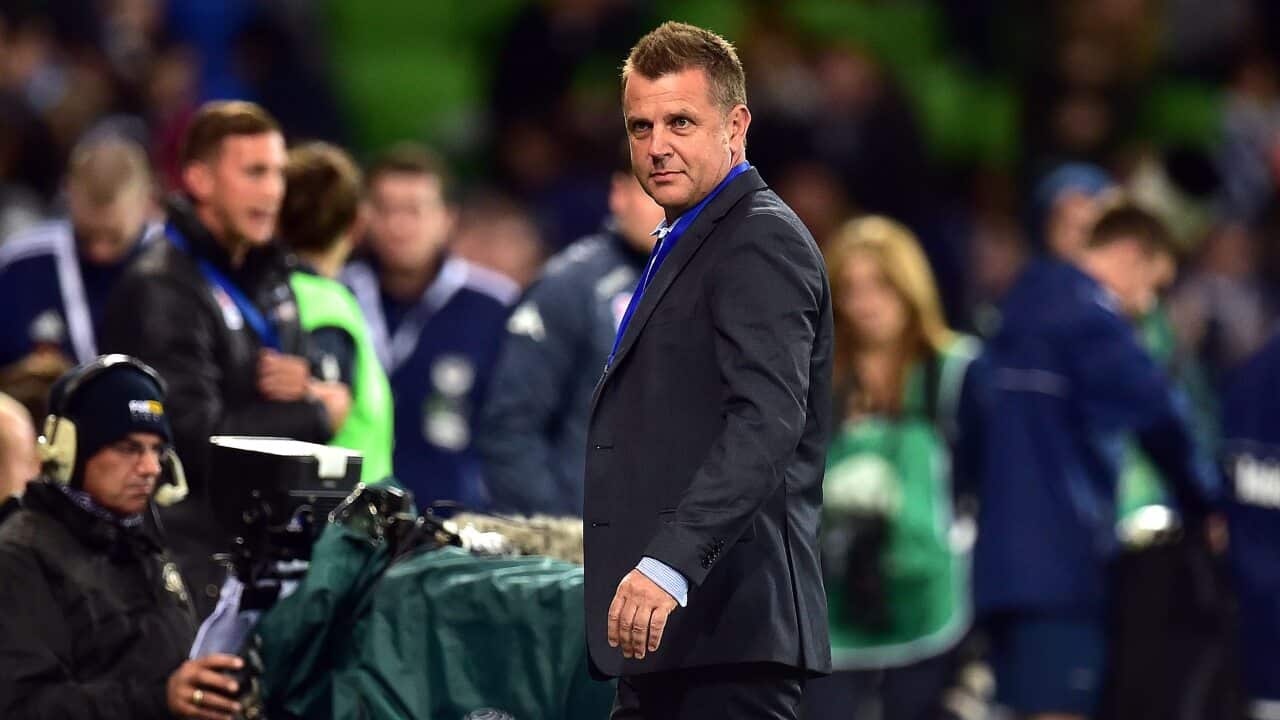 The Mariners didn’t just finish last of the 10 teams, they were a long last with a points total of 13 - which was 12 behind ninth-placed Wellington Phoenix.

Speaking at the FFA Cup draw on Thursday, Walmsley said he believed Central Coast were in good shape now that pre-season training had begun and commercially it didn’t suit the club to add a big-money signing at this stage.

“After the season we had, we need to make sure we get the basics right and build from the ground up,” Walmsley said. “We’ve formed our core squad and we think it’s going to be competitive and for the Mariners at this moment it really is about commercial viability.

Advertisement
“It’s a challenge to be commercially viable in the A-League as it stands at the moment, so, although we’re investing more in the playing group, to get a marquee or guest player for the full season is probably a stretch too far.

“If we get to January and the commercial situation is good, there might be an opportunity to bring someone in who can really lift the club towards the success we’re all aiming for, but we’ll have to wait and see.

“If the team is flying high and doing really well we wouldn’t want to upset the apple cart, but it depends who’s available.

“There are so many positives and negatives that can be played out and you would have to do a full squad analysis to identify whether the people who are available are the right fit and are going to add value, or detract from what you’re doing.

“That’s why it’s very high risk to bring someone in right now, because commercially it’s much harder on the Central Coast to make a marquee work.”

The full season guest player option, on top of the existing two marquee players already allowed for each club outside of the salary cap, has been introduced by Football Federation Australia to try to increase the A-League’s star power.

If a proposed guest player fits FFA’s criteria in terms of his potential to increase overall interest in the competition, FFA will be prepared to assist the club by subsidising the player’s payments.

“If we’re in a good place approaching January, which we’re expecting to be, and commercially a marquee or guest player works for the back end of the season, then it’s something I’m sure (owner) Mike Charlesworth will entertain,” Walmsley said.

Walmsley said the ideal scenario for Central Coast in the meantime would be for rival clubs to sign guest players and the Mariners cash in through increased crowds at home games when the added stars come to town.

“We’d much rather all the other clubs have a fantastically huge marquee and get him to play at Central Coast Stadium,” he said.

“That way, commercially our club grows and over a period of time we would then build enough of our own base to be able to generate the extra capital that would allow us to be able to move down that path for ourselves.”

Walmsley said he was looking to add two more players to his squad in coming weeks.

Mariners will be away to Victorian NPL 1 side Green Gully in the FFA Cup round of 32. Dates are yet to be finalised, but the action will begin in the last week of July.