Wanderers without fear after seven wins in a row

Western Sydney Wanderers captain Nikolai Topor-Stanley outlined the team's attitude in a nutshell when he said "we believe we can win everything, but we haven't won anything yet" and "we respect all of our opponents, but we don't fear any of them". 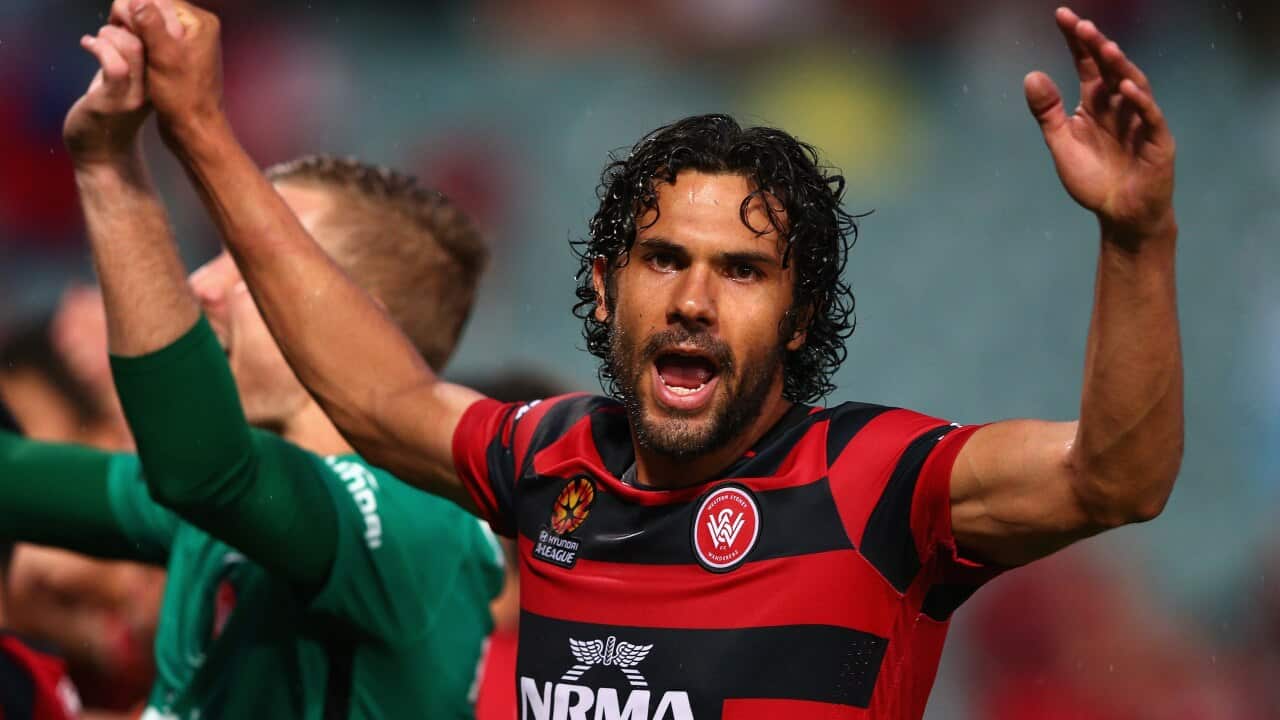 Topor-Stanley is one of only several players still at the club from the senior squad coach Tony Popovic had at his disposal for the start of the 2012-13 season, Western Sydney's first in the A-League. The others are Mark Bridge and Shannon Cole.

Advertisement
READ MORE
The False 9: Round 10 - Popovic best coach in the A-League. Any arguments?
Popovic's Wanderers re-build sweeter than the initial build

Seven straight wins through the early part of the season is great, but he knows it doesn't guarantee anything at the business end.

"Not to be corny or anything, but nothing has been won yet," Topor-Stanley said.

"We're a new team with a new outlook and we're very pleased with what we've done so far, but we have to kick on and keep healthy, that's always a priority."

The central defender does believe however, that his side is capable of winning everything on offer

"It's always been that way," Topor-Stanley said.

"Even in the deepest, darkest days, you know, when we were rock bottom last year, we still approached every game believing we could win.

"And we almost did a lot of the time. I remember Leigh Broxham said last season that we didn't do too much wrong and it was just that things weren't falling for us in games and we were maybe just a little bit off.

"You could put that down to a number of things, but we weren't playing really bad last year."

Wanderers were, of course, hamstrung by an impossibly crowded schedule due to their involvement in the 2014 AFC Asian Champions League right through to the final and then the group stage of the 2015 version of the event.

It was unrealistic to expect they could push for A-League honours within that scenario.

But this season is clear for them. They have no ACL commitments and have rocketed to a four-point lead in the A-League. Topor-Stanley said the belief the players had in themselves, each other and the team was clearly evident.

"I think that belief has been a mainstay of our culture from the start here," he said.

"We definitely have plenty of respect for the opposition, it doesn't matter who it is or what competition we're in, we never take anyone lightly. But we don't fear anyone. We're always confident in our ability."

Before winning seven in a row, Wanderers went loss, draw, loss in the first three rounds. There were plenty of doubters on the outside, but the club held firm on the inside.

"There is always external noise, but you become pretty good at ignoring that and you have to," Topor-Stanley said.

"You hear it, but you have to take it with a pinch of salt and just focus on what's important and that's playing football our way and improving every week.

Wanderers knocked over reigning champions Melbourne Victory 2-0 at home last Saturday. They went out there with a plan and it worked. Next they will play Perth Glory at nib Stadium on Saturday.

"Victory are a very good team, but I think we executed our plan very well," Topor-Stanley said.

"We identified that we might get a few chances in transition and even in the first half we could have gone up by one or two goals.

"There were a few chances squandered, but it was very pleasing that we hung in there and still believed and got the rewards.

"The coaching staff has tweaked a few things in our game this season. We're trying to dominate possession and we've showed we can do that when we're on our game - even against Victory.

"They are one of the best ball-playing sides and defensive sides in the competition and I think we more than matched them, but now it's on to the next challenge.