We literally gave everything we had: Mooy

Australia’s failure to secure a thumping win against Thailand in Melbourne ultimately cost them the chance to directly qualify for Russia 2018 but Aaron Mooy believes such an outcome was easier said than done. 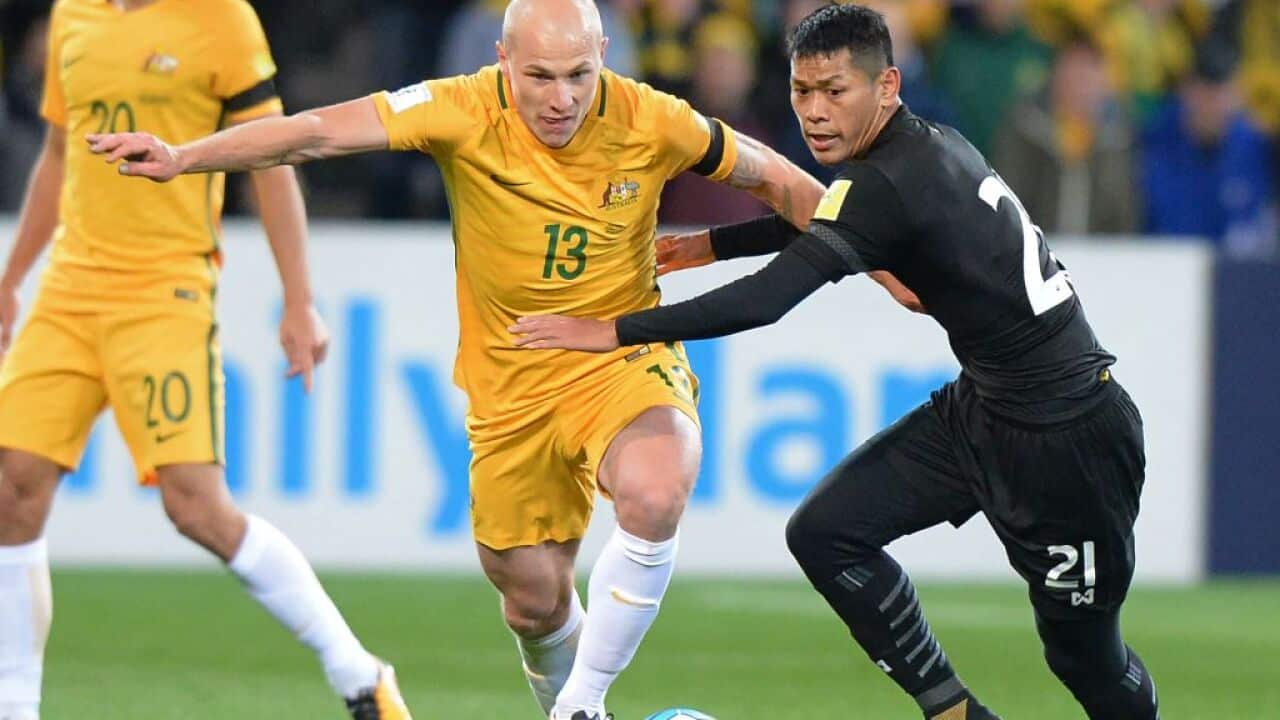 Mooy was the standout player for the Socceroos as they won 2-1 on Tuesdau night, a scoreline that meant Saudi Arabia had to defeat Japan on home soil – which they managed to do the morning after.

That result has sent Australia down the play-off route, where they will face Syria in early October, followed by a match up against North America’s fourth-best team in November should they progress.

As it transpired, the Socceroos would have needed to win by a two-goal margin against Thailand to secure qualification – but Mooy says such a result was far harder than the general public recognised.

Advertisement
“We'd like have to have won four or five-nil for it not to be a waiting game. But it's not easy to just win four or five-nil any time. It was always going to be difficult but the win is very important and Saudi Arabia knew that,” he said.

READ MORE
Thailand game unlike any other I’ve ever played: Cahill

“We literally gave it everything we had. Everyone could see that. You should be able to see that.”

However, Mooy conceded that his overwhelming feeling after the match was “frustration” at seeing the Socceroos falling short.

He was instrumental in setting up chance after chance, with the Socceroos let down by a combination of sloppy finishing and some brilliant Thai defending.

“We created lots of chances and for some reason it wouldn't go in as many times as we liked. But we got the three points and that's a positive. It did put more pressure on Saudi Arabia,” he said.

“You've just got to keep going, never give up, and just keep playing the football you want to play and believe in it. It doesn't always happen straight away but it wears the team down and I suppose it worked because we won.”

The Huddersfield star missed last week’s match against Japan with illness, a game where Australia badly missed his presence in midfield as they slipped to a 2-0 defeat in Saitama.

But Mooy said he wasn't feeling anything particularly different to normal after completing the full 90 minutes at AAMI Park.

“I just feel like how I feel after every game - I feel tired right now. You never feel good after a game,” he admitted.

Mooy has made a breathtaking start to life in the Premier League with the newly promoted club but he gets a whole week to get himself ready for Huddersfield’s next match, away to West Ham.

Until then, he wants to make the most of his time with his family, who are still in Melbourne.

"I want to see my family first. I always miss my family when I go away. It's one sacrifice you have to make - we've just had a baby and she grows fast,” he said.

“She picks up things very quickly and I'm missing it. But I'm sure I'll quickly settle back in [to England] and get excited for the next game."