Newcastle Jets captain Nigel Boogaard has promised fans that the days of his side being bullied are over, revealing incoming coach Ernie Merrick has laid the ground work for an aggressive new style. 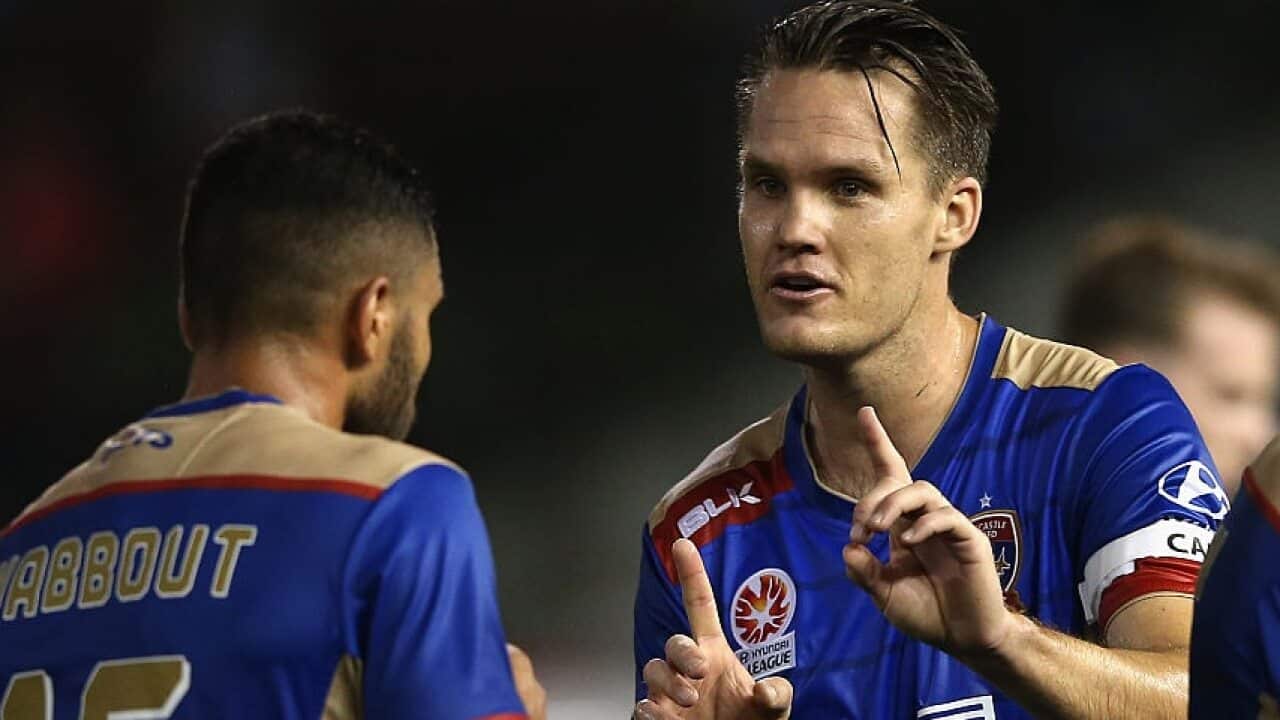 The Jets are current owners of a slice of unwanted history, enduring the longest streak of any A-League side without finals qualification.

The last time they made it was way back in 2009-10 and they have finished in the bottom three in each of the past three seasons, claiming the wooden spoon twice.

Merrick has been charged with turning the nightmare run around and Boogaard said the ex-Melbourne Victory and Wellington Phoenix boss has made an immediate impact.

Advertisement
"Ernie's approach has been very clear from day one. It's an up-tempo, attacking style of football. We've spent the past few months adapting to the style of play that he wanted,” Boogaard told The World Game.

"We had a lot of A-League opposition in the pre-season and some good results with an improved performance each time we played.

"We're not going to die wondering and maybe we haven’t always played that way in the past few years. That's hurt us.

"Ernie has driven home to us that we want to go at teams, to get in their faces, regardless of who they are, both home and away. I think our fans will like it.

"It will really resonate with the what the people of the Hunter Valley want to see in their football team."

The Jets’ previous season was derailed right before kick-off with Scott Miller making way for Mark Jones, who in turn was replaced at the end of a dismal campaign.

Although Merrick is another new face, it’s been a much smoother build-up.

"I think if we are honest with ourselves, it's clear we were too young and too inexperienced," Boogard said.

"I think last year was a bit disappointing with the way we conceded so many goals - but we also sat back and tried to get them on the counter-attack.

"Against good teams, we found they would break us down, regardless of how well we thought we could defend.

"This year, purely because of how we plan to defend from the front and really go at teams, that should alleviate a lot of pressure, not only on our defence, but on our two sixes and the goalkeeper."

READ MORE
I gave up at Wellington, reveals Merrick

Boogaard is also pleased at the string of new additions to Newcastle's squad, especially in defence – and particularly by his new partner in the heart of the rear-guard.

"I think we've really invested really well defensively. In Nikolai Topor-Stanley and Daniel Georgievski we've picked up two of the league's best defenders and Glen Moss will offer plenty as a number two," he said.

"There's a lot more experience in those defensive roles and that should be a key in our improvement.

"'Topor' has been around the league and has obviously had a fantastic run at Western Sydney over a number of years.

"He knows what it takes to be successful, he's already been a star at Newcastle and even though I've been around a long time, he's got even more experience and I'm sure I can learn from him.

"Even just knowing there's a top-quality centre-half next to you, it just fills you with confidence."

The Jets’ campaign begins with an F3 derby at Central Coast Stadium on Saturday, and with three of their next four matches at home – in addition to a visit to Suncorp Stadium, where they boast a fine record – Boogaard recognises the need to pick up points early.

"We've got a good run, it's a great draw this year - probably the best since I've been back here. We've got some key match-ups early on that if we can get the better of, it will really set us up for the season ahead," he said.

"Anyone will tell you it's hard to play catch-up once you fall off your game.

“Some of the teams that have more depth have probably been able to cope with it better than we have and have come home strong. For us, it's such a key to start well and that begins on Saturday."