SBS has confirmed that in addition to the confirmation that the Giro d'Italia will be coming to the Australian home of cycling, a strong collection of women's racing and track cycling will also join the growing calendar of events on SBS. 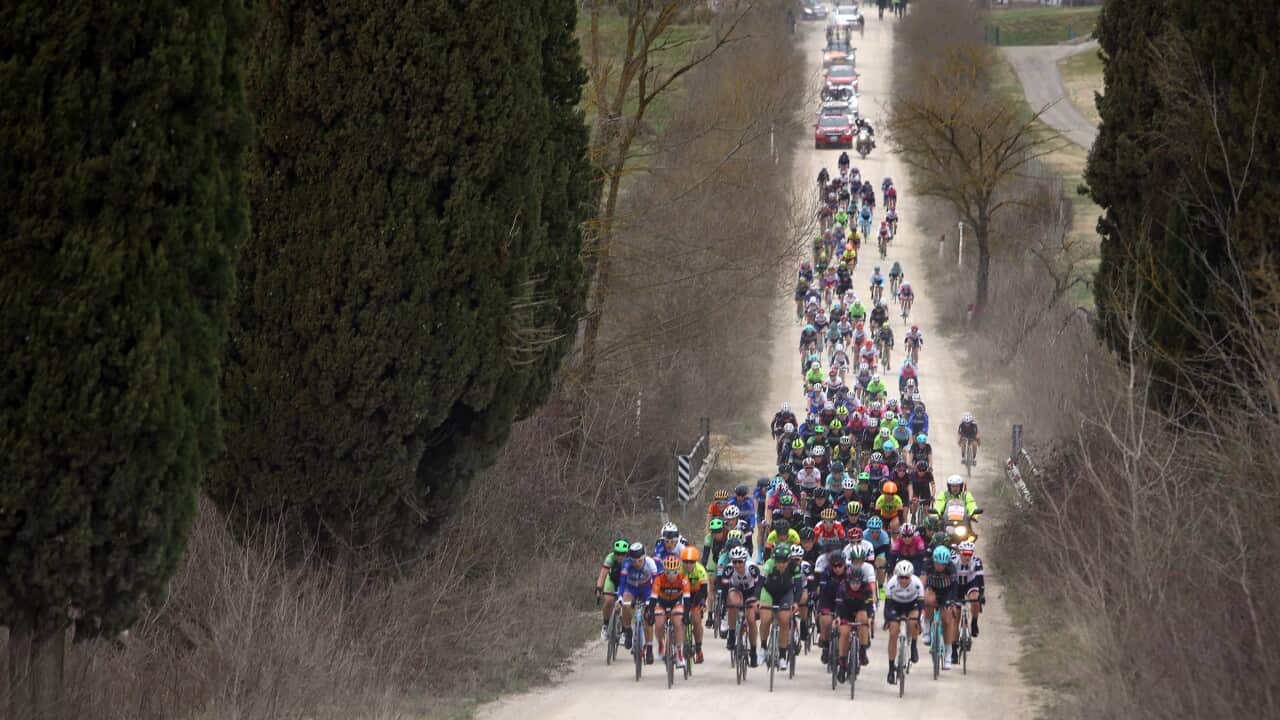 The peloton on a gravel sector at Strade Bianche (Getty) Source: Getty

Together with the announcement of SBS securing the rights to broadcast the Giro d'Italia until 2025, we can also confirm the exciting news that there will also be more high-profile women's road racing and the UCI Track Champions League coming to your screens.

It's all in line with SBS becoming the home of cycling in Australia, the first place to find the biggest and best cycling events, live and free.

The Women's Tour is already one of the most prestigious events on the Women's WorldTour and draws a lot of praise from riders, spectators, and teams as the event is one of the best organised in the world. On top of that, it is often the stage for some dynamic racing around the roads of Britain, with on average, 300,000 people watching the Women's Tour from the roadside each year.

The 2021 edition of The Women's Tour will comprise six stages and will run from October 4-9.

The women's Strade Bianche is also a prize addition to the roster for SBS, with the Italian classic over the white roads of Tuscany rapidly becoming a favourite of cycling fans worldwide for its picturesque scenery that belies the uncompromising nature of the race. Past winners are a who's who of the elite of the sport, with world road race champions Chantal van den Broeck-Blaak, Anna van der Breggen, Lizzie Deignan and Annemiek van Vleuten winning in the past, along with Elisa Longo Borghni, and Megan Guarnier in the inaugural edition in 2015.

Official ambassadors and legendary track cyclists Kristina Vogel and Sir Chris Hoy have also advised on the sporting format to help ensure it delivers maximum excitement for riders as well as fans.

The league format will feature the same race programme each time as riders score points across the six rounds in either the Sprint or Endurance category. Each category has two different types of races in which competitors can accumulate points: Sprinters will race in both Sprint and Keirin while Endurance riders will race both Elimination and Scratch.

18 riders can take part in each category, totaling 72 riders — equal numbers male and female — to take part in the inaugural UCI Track Champions League, with selections based on the previous UCI Track World Championships. This new event will run for the first time in November 2021 with all the live action on SBS.