Wellington Phoenix have been cramming for the A-League season ahead by studying videos of not just their pre-season trial matches but training games as well in a bid to condemn last season's defensive horrors to history. 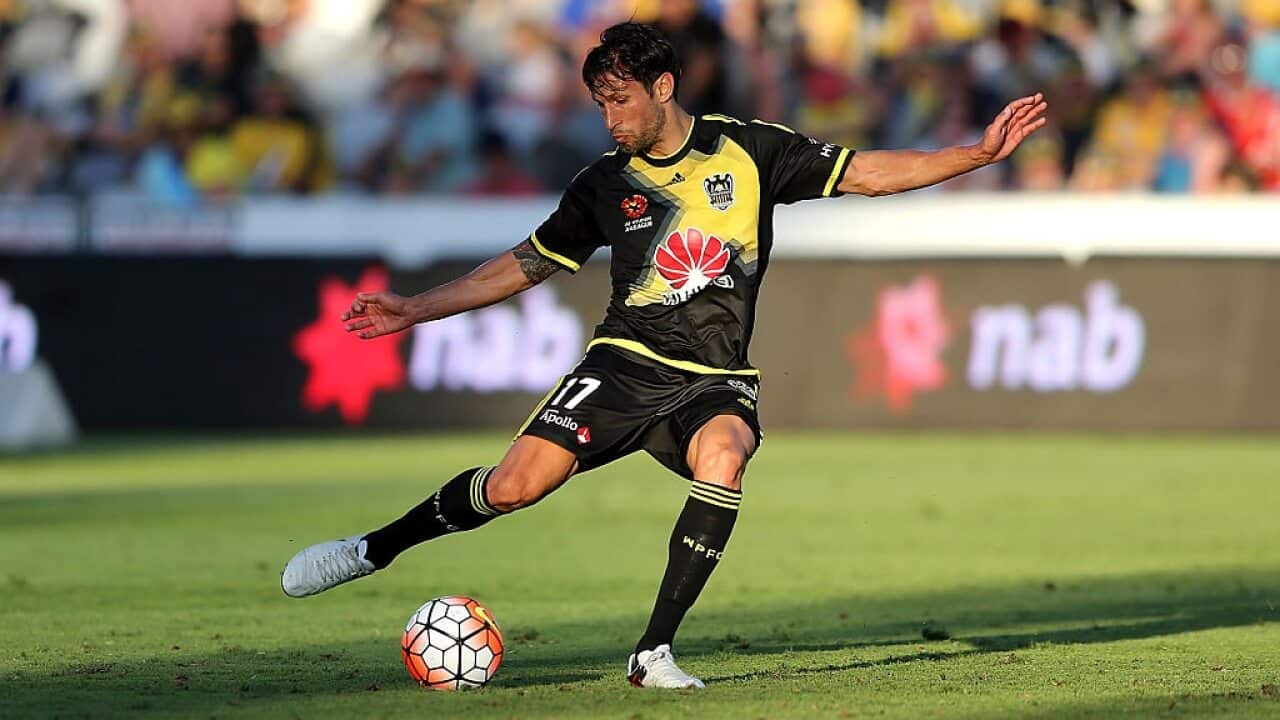 Vince Lia and the Wellington midfield will have a new defensive focus in 2016. Source: Getty Images

Phoenix have gone up and down like a yo-yo in terms of their defensive performances in recent years.

Wellington have got the players to create and score goals this season, particularly with the additions of attacking midfielder Gui Finkler and winger Kosta Barbarouses. They join Roy Krishna, Michael McGlinchey and Roly Bonevacia as the attacking keys.

But they must get the defence right so they can play with balance and this is coach Ernie Merrick's biggest challenge in what is his fourth year at the club.

Phoenix midfielder Vince Lia said Merrick was employing a different approach to the defence which was based on the back four constantly pushing up to reduce the space between them and the Wellington midfield and in turn cut down the space and time available to the opposition midfield.

"We conceded far too many goals last season," Lia told The World Game. "We watched videos of trial games and training games to see the defence at work and they showed the defence dropping a lot. Ernie wanted to change things and our last two trial games have been good.

"We conceded one goal against Melbourne City last weekend and in the game before that we had a clean sheet against a Select side, so we're working on it and it's improving. We'll have to keep that going.

"I think all the boys in the team are really responding well to what we're trying to do. It's hard work getting up the field, but we're becoming fitter now and it's hard for the opposition to play against a backline that wants to move up.

"We're trying to condense the field. We're pressing high so we can limit the space for the opposition midfield to operate, but obviously you've still got to recognise when there's a threat of them getting in behind you and that's when you have to drop.

"That's what we're working on, when to step up and when to drop off. It's about limiting opportunities for the opposition midfield to get time on the ball, turn and start playing balls in behind us. it's been a pretty through process and we're starting to get results."

"We had some forced chopping and changing of the backline last season which didn't help and then losing 'Siggy' (central defender Ben Sigmund, who retired) at the end of the season meant we had to go out and find someone to replace him," Lia said.

"Ernie  wanted someone who was experienced and he found him in Marco Rossi. Italian defenders are probably the best in the world and we've got one who has played at a high level.

"Marco played against the Select team and that was pretty comfortable for him and then it was  his first real test against Melbourne City and he did really well up against Bruno Fornaroli, who is the best striker in the league.

"His English is getting better and he's now starting to organise the defence and the midfield, which is good. He has played at a high level and has got a lot of experience, so he'll be great for us."

Lia said the defence did an excellent job in handling both Fornaroli and Tim Cahill in what was a 4-1 win to Wellington in Townsville and would be looking to further refine their approach in another trial game against Central Coast Mariners in Sydney on Saturday.

"We pressed high and won a lot of balls back in their half," he said. "They played a back three and we were winning the ball back in space in behind them, so we got a lot of joy from that, and we defended well.

"Our backline was staying high and limiting the space for their midfield and it worked well. They didn't really get in behind us at all. Timmy scored early, but it was one of the few times he got any space at all in the box."