The world's oldest marathoner, Baba Fauja Singh is ready to celebrate his 106th birthday on Saturday, April 1. "They've already celebrated my birthday at my native village in Punjab when I visited recently, and big celebrations are planned here in London", he said. In a special interview with SBS Punjabi, he tells us what keeps him going strong.

"I'm perfectly well and fine," said Baba Fauja Singh, speaking to SBS Punjabi from his home in London. "I was a little unwell for about a month, but I'm fine now. I still walk everyday - I know that I will be finished if I stop walking." He is quick to add, "I don't use a walking stick and still don't need to wear spectacles. I've just had to have my teeth removed - that's about it."

"I've just come back from India where I travelled to many places like Ambala, Ludhiana, Chandigarh and of course to my village, where I attended a wedding. I spoke at many universities and attended functions - I really enjoyed that".

Recalling his trip to Australia, where he celebrated his 102nd birthday in Melbourne, "I remember that trip very well. Everyone gave me so much love and looked after me so well. I'm lucky that I was able to see Australia so late in my life." 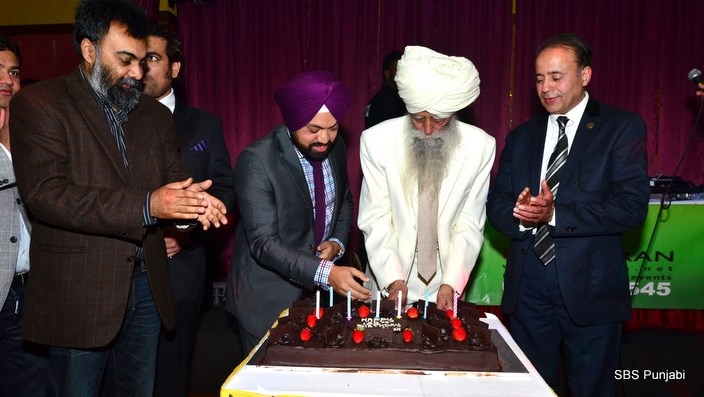 Celebrating his 102nd birthday in Melbourne, on his maiden visit to Australia
SBS Punjabi

So what is the secret of his longevity and youthfulness, as he prepares to celebrate his 106th birthday? "I think what has saved me is that I have no ego and no greed. I have never wanted to hoard any money or create a large bank balance. The government here gives me a pension and whatever is left, I just donate to charity. I have recently donated millions to the Pingalwara as well. I think this is what has kept me going."

'When I was in India, they kept insisting that they want to make a movie about me. But I thought, everyone knows who I am and what I have done - there's no need to make any biographical movie about my life. I have everything I want - the whole world loves and respects me. I really survive on a diet of love and respect." For a man who ran his first marathon aged in his late 80s, Fauja's is a remarkable story. "I have lived in India all my life, but my world seemed to come to crashing halt when my son was killed in a road accident. Everything had finished for me. I felt I couldn't live any more. But destiny had other plans and I went to England", he told SBS Punjabi in this interview. "I had never even run in India, leave alone compete in a marathon. But it was God's will that I should come to London and get involved in running marathons. I've lived here for 22 years now and have been very blessed to enjoy a great lifestyle."

In 2004, Fauja Singh was chosen as the face of Adidas' (replacing David Beckham), to endorse the brand. His posters were plastered around the world and his remarkable energy at running marathons became the stuff of legends. He attributes all his success to the Almighty, saying that he only earned recognition because of "His will", and  because of his turban. 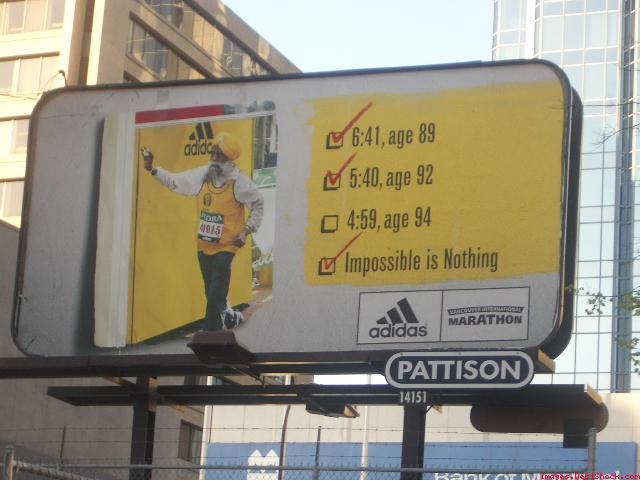 Poster boy Fauja Singh, when he replaced David Beckham as the face of Adidas
Supplied

'When I first ran the marathon, they asked me to take off my turban and wear a patka (a smaller head covering, usually worn by sportsmen and athletes). But I refused, and insisting on wearing my turban. Now a days, whether there is a marathon in England, or in Canada or in India or elsewhere, every Sikh wears a turban and I'm very proud of that," says Baba Fauja Singh.

So what advice would he give to others, who admire his longevity and seek to be fit like him? "Exercise everyday and eat less. You should watch what you eat and resist meaningless temptations," says Fauja Singh. "Now a days, people start using a walking stick soon after they turn 60. Look at me - I've never used a walking stick. Yes, with time my vision and hearing have deteriorated, but I'm very fit for for my age." 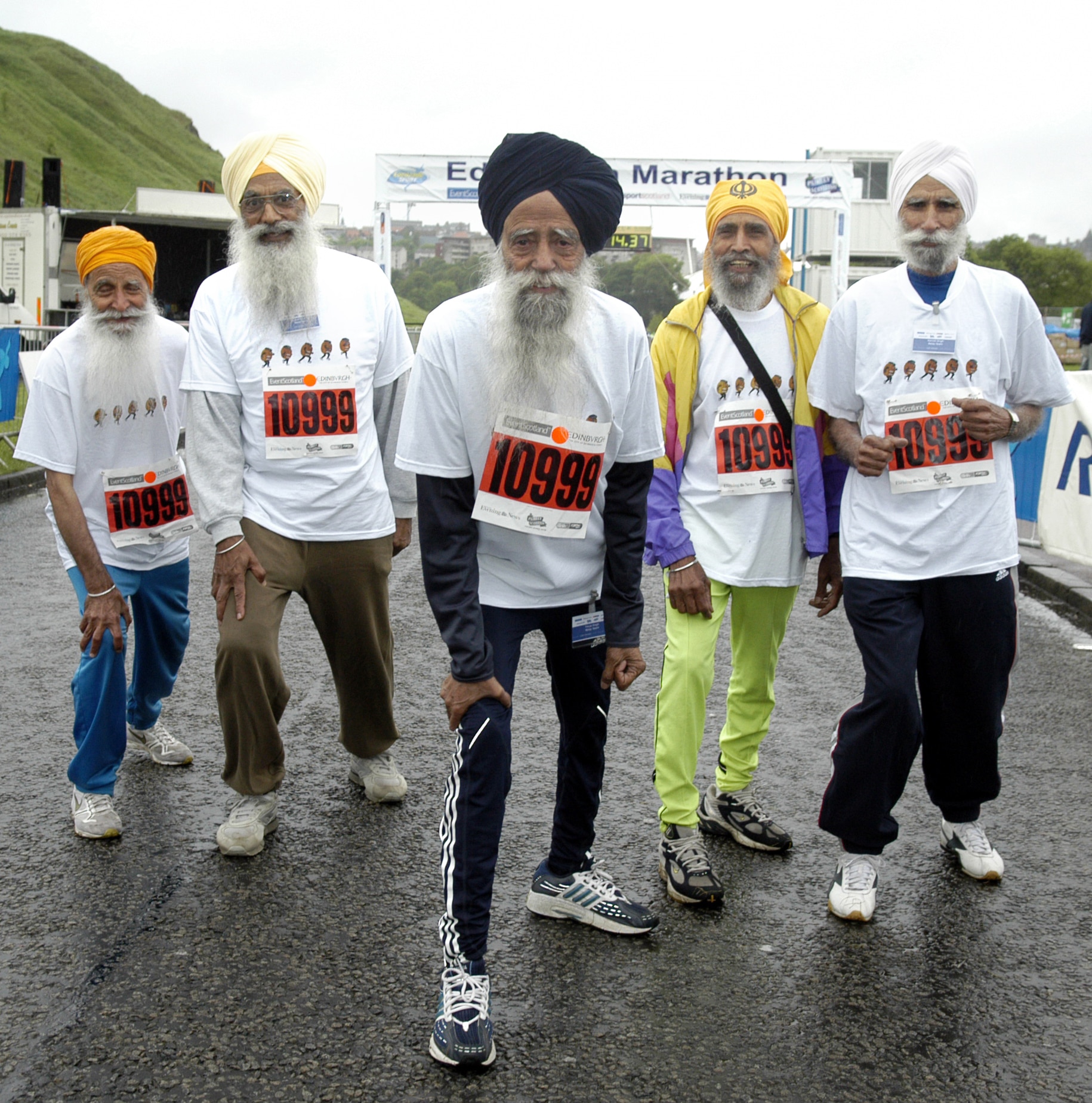 Fauja Singh with a group of runners from the group Sikhs in the City, at Edinburgh Marathon 2005
Sandy Young
Also read and hear 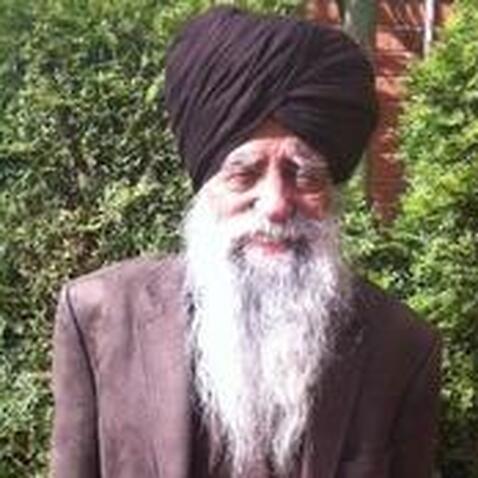 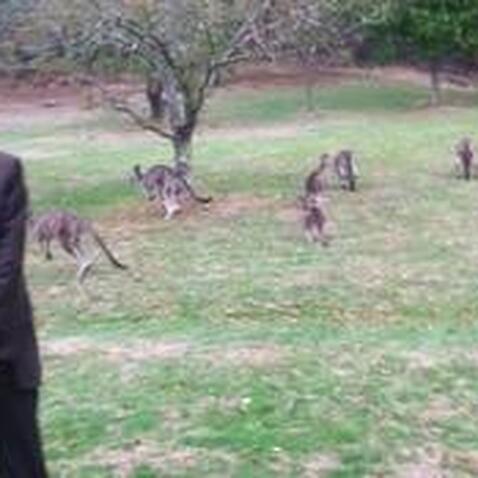 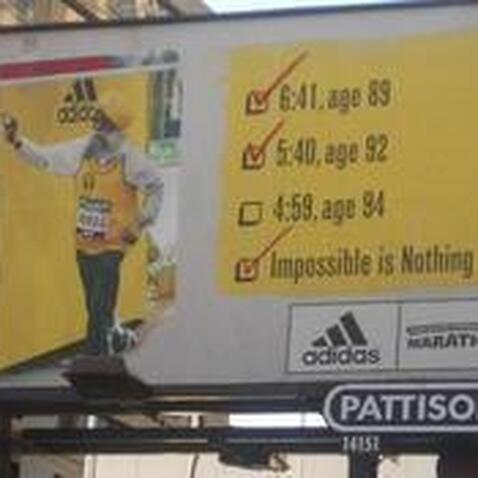