DOWNLOAD 5.68
SUBSCRIBE
The Aquino family is carrying the tradition of living with their extended family in Brisbane. Source: Aquino family

The current unpredictability of border restrictions coupled with rising rental costs may encourage more Australians to move away from the traditional one or two generation household.

For almost two years, Precious Aquino’s mother, Arlyn Lamigo, has been living with her in the Brisbane rental home she shares with her husband Jeff and their six kids. Ms Lamigo has been unable to return to the Philippines since she arrived in mid-2019 for a visit.

She has been regularly visiting the family since they moved to Brisbane in 2012. While their current circumstance is a consequence of COVID, they all lived together in the Philippines before moving to Australia. What’s known as multi-generational living is a practice common in most Asian households.

“We lived [together] in the house of my parents [in the Philippines]. Yeah, so it's nothing new,” Ms Aquino told SBS Filipino. Looking ahead, it seems unlikely their situation will change as the Philippines remains on high-level alert with about 10,000 new COVID cases recorded daily and flights severely restricted. “We are very grateful that she's here. For me, it's less to worry about. I know like a lot of my friends here, they keep worrying about their parents back in the Philippines with the pandemic,” the 41-year-old mother added.

Precious and Jeff, both trained chefs, chose their current five-bedroom home with both their Philippine-based mothers in mind. Before COVID hit, they took turns in looking after their children while they worked. With a spacious courtyard and a separate granny flat, Ms Lamigo said that the current house is the perfect fit for the family and that the design is quite similar to the design of multi-generational houses back home. 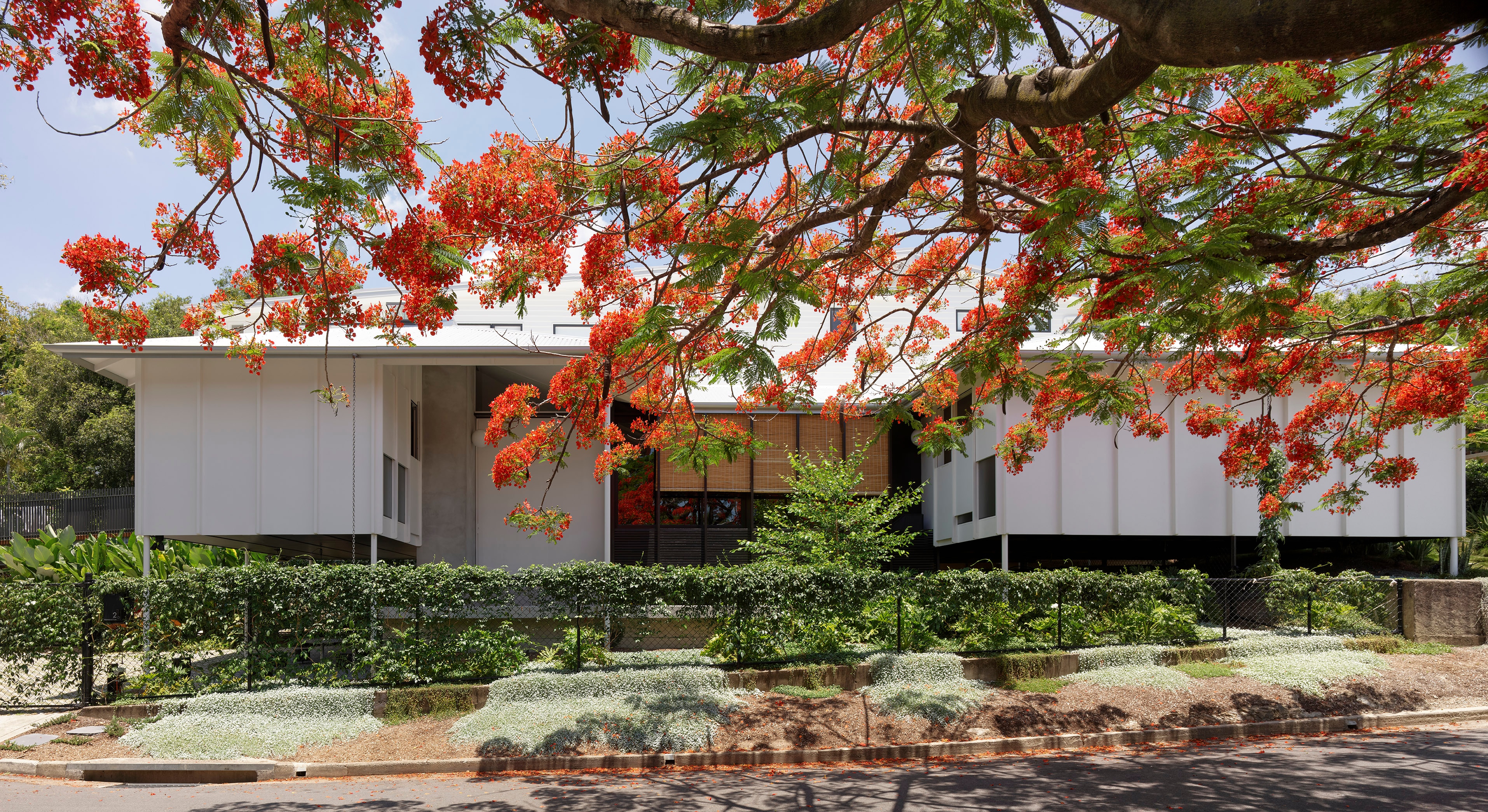 In July, a newly-designed, multi-generational house in Brisbane was named 2021 Australian House of the Year in the Houses Awards organised by Architecture Media. Built in the inner-city suburb of Paddington, Three House was designed for a couple who were originally from Penang, Malaysia, who wanted a house design that would accommodate the couple’s parents but would "still feel like they’re not living on top of each other".

Three House architect, John Ellway, said the flexible house design allows for varied use and can easily respond to the changing circumstances of family groups over time. “What makes it pretty special is that different owners can use the house in different ways. I think it can be two houses. So, a multi-generational family perhaps. And the nice thing about it is, over time, you can add another wall really simply and make it into three houses. I think as architects, it's important to think about how the house might be used down the track,” Mr Ellway explained.

Mr Ellway told SBS Filipino that earlier on during his time in university, designing a multi-generational house was something that he “identified as quite important".

The award-winning Brisbane architect has travelled much across Asia, with many of his recent trips to Malaysia to consult with the client for this design. George Town, the world heritage capital city of the Malaysian state of Penang, is a model of thriving interculturalism and prides itself in its rich culinary history. It has had a distinct influence on the interior design where the kitchen/dining area – with its charcoal tile splashback, dark benchtop, and black dining set - is the focus and stands in rich contrast to the private spaces in the house.

Designing the sliding wooden shutters with textured glass panels at the bottom was some of the architect’s favourite work on the house. For the Brisbane designer, achieving the balance between sense of ownership and accessibility to common spaces is key.
Toby Scott

“I enjoyed thinking about the door and window kind of openings. The ability for people to shut away and have privacy.”

But the key to designing for different family groups, he said, is the balance between the sense of ownership and accessibility to common spaces.

“Everyone feels like they still have their own house, but there are good places for them to gather together,” the architect added.

Ms Swan is pleased to learn that multi-generational living is finally getting some credit in the inner-city and is now being reflected in house designs. “I practically brought up my two grandchildren, too. We're used to living very closely with people. Here, we have three people. If we were out in the islands, we could accommodate maybe 12 people in this house,” she said as she gave a tour of her rental house - one of the last remaining standalone homes on its street in the hip suburb of South Brisbane.

“I'm from the Pacific; Pacific people live together. That is how we have always been. And even the Europeans, like from Bosnia, I know they are living [multi-generationally]. So, it is quite common.”

Visiting grandmother Arlyn Lamigo recalled the time when all four generations of her family lived together within the same compound in the Philippines and how this gave her father a huge sense of achievement.

“I think [it’s] Filipino culture. So, my father never [asked us to move out] when we turned 18. In our case, as much as you can, as long as you can, hold your family together,” Ms Lamigo shared. Her daughter Precious is carrying on with this tradition now with Ms Lamigo living with them in Brisbane having been given another bridging visa after her 1.5-year visitor's visa expired last year.

“Since both Jeff and I were working full time, we needed somebody to be with the kids, especially the younger ones. So instead of bringing them to [day care], we opted that our parents would just come to help us [alternately] every six months,” Ms Aquino said.

Ms Aquino said that the granny flat in their home has certainly helped give a sense of independence to her two eldest sons, Denzel (19) and Miguel (17), who occasionally host parties for their friends. She added that having separate entrances provides privacy for her adult kids.

A 2019 report co-released by Corelogic and Archistar, said that ‘more than half a million homeowners across Australia’s eastern seaboard have enough space on their property to build a granny flat.'

While the report said it recognised the benefits of granny flats in accommodating "adult children while they save for a mortgage" or aging family members "as they become more reliant on care", the intention is less about catering to multi-generational families and is rather driven by income from short-term lease and capital gain. 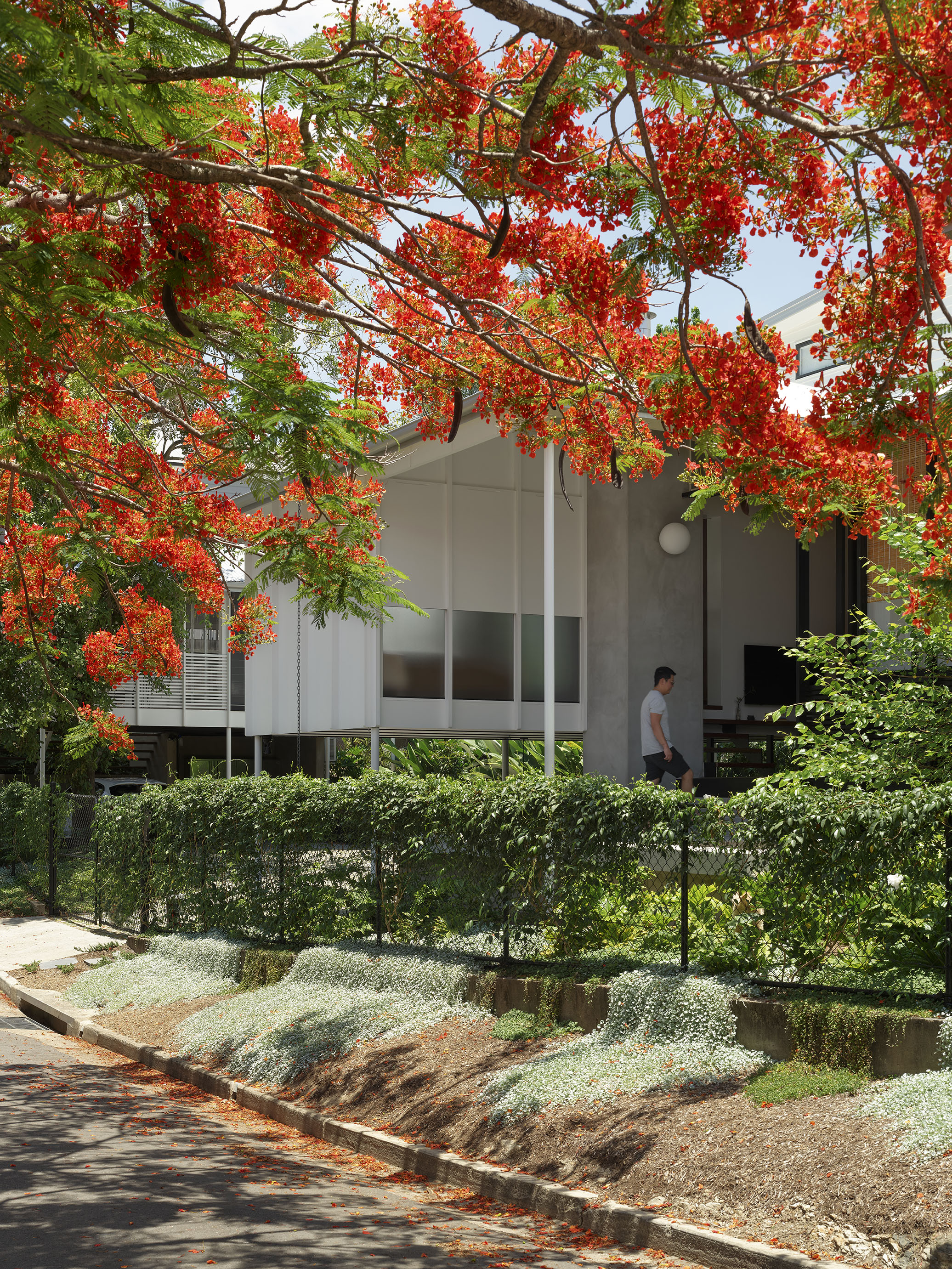 When asked how he thinks this interest in multi-generational house designs could evolve, Mr Ellway said that apartment dwelling “would be an interesting thing to look at”.

“I think ownership of two apartments next door to each other. So, body corporate and owners of buildings might be open to making little connections through apartments. I guess you've got to look at what's the source of the original need for multi-generational living,” said Mr Ellway.

Ms Swan said the housing sector and building industry need to start thinking out of the box to cater to the needs of many Australians who wish to live closely with their extended families. Part of her work in community development is finding appropriate dwellings for multi-generational migrant families. She said that this should not be seen as a luxury, but rather providing a social benefit.

“[The] government is always talking about social cohesion. Young parents who I work with, the ones who are here without their extended family are the ones who sort of suffering a bit more. While the ones with that family support are much better off,” Ms Swan explained.

Ms Aquino continues to value the memories of having four generations in one household back in the Philippines. As she and her husband Jeff both ran their gourmet restaurant there, she said she never had to worry about the safety of their children with both her parents and grandparents there to help care for the kids.

“We were busy chefs. With four kids [then], we were able to give undivided attention to all our growing kids.”