Jamie Robinson's iconic black and yellow Mumbai taxi is an unusual sight on Sydney roads. But the Indophile is keen to add more taxis from other Indian cities to his fleet of cabs.

If you live in Sydney, you may have seen a yellow-black taxi on the city's roads.

The car in the iconic Mumbai taxi colours sprinting on Sydney roads is a testament to Jamie Robinson's love for India.

Listen to Jamie's story in his own words: 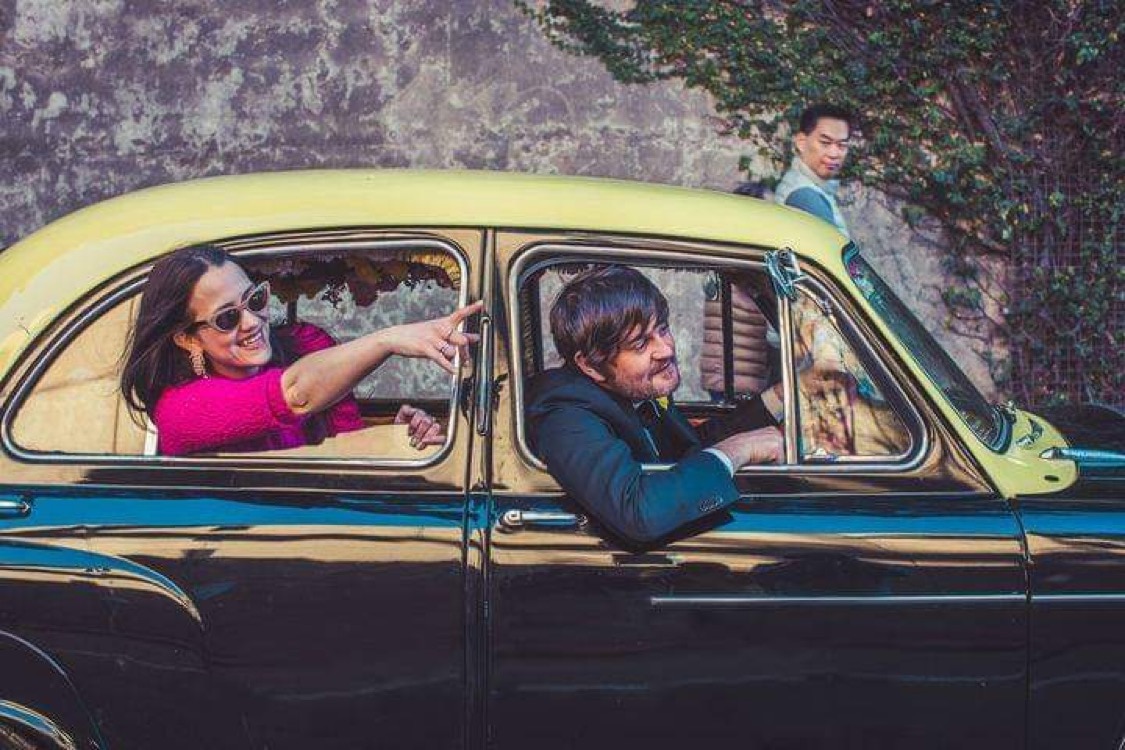 Jamie Robinson (driver) with his 'Bollywood Car', a black and yellow taxi cab in Sydney
Supplied by Jamie Robinson/alfonso.com.au

Mr Robinson owns a fleet of cabs and says he got the idea of adding an Indian car to it from the TV show Top Gear.

"It started when I watched an episode of Top Gear, and they had a race in it between the taxies of the world," says Mr Robinson, who also has a classic London black cab in his fleet.

"In the race, there was a New York cab, South African cab, Mexican beetle and another from Russia. But, they also had this cab from India, which is a Hindustan Ambassador. And it was a lot more colourful and caught my eye," he told SBS Hindi.

The Indian taxi ended up winning the race on the Top Gear show.

That's when he decided to bring the Ambassador from India.

"I thought that could be quite a good idea to add an Indian taxi to the fleet that I've got and advertised it as a hire car and the wedding car for Indian people in Sydney and people who love Indian culture," says Mr Robinson. 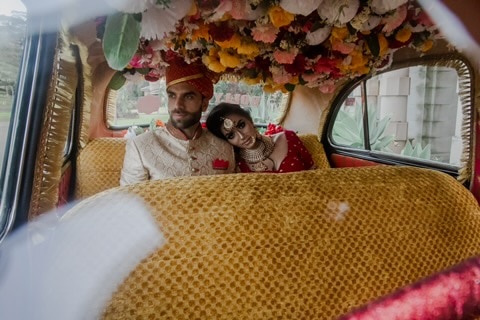 People use 'Bollywood Car', a black and yellow taxi cab in Sydney for various purposes such as wedding car.
Supplied by Jamie Robinson/alfonso.com.au

Mr Robinson is from the UK where he was exposed to Indian culture and food, which piqued his interest in everything Indian. He has travelled widely in India and says he loves everything about the country.

So it was a matter of pride for him to add an Indian car to his fleet of cabs. He has named the taxi 'Bollywood Car' which is decorated in traditional Indian style with artefacts he brought during his trips to India.

"I decorated it with a lot of artefacts that I accrued when I was travelling around India for my 40th birthday. These come from Amritsar (Punjab) to Darjeeling (West Bengal)," he says.

He says the taxi has quite a sentimental value for him.

No wonder that the taxi is quite a head-turner in Sydney. 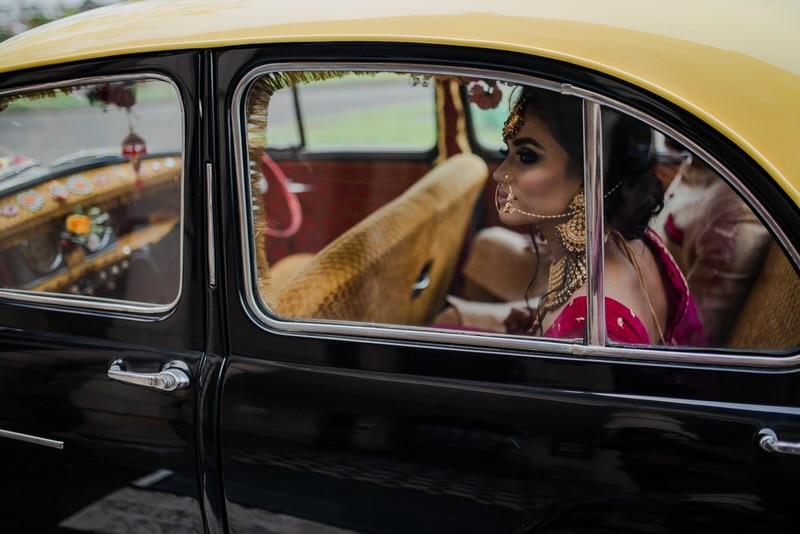 People use 'Bollywood Car', a black and yellow taxi cab in Sydney for various purposes.
Supplied by Jamie Robinson/alfonso.com.au

"I was driving it on the James Hughes driveway, and the car actually broke down. I pulled into the side of the road and this Indian gentleman just travelling North saw the car, and he drove until he could turn around.

"He came back and stopped next to the car on the highway and then got out. He was like 'I can't believe it, I haven't seen one of these cars since I moved here 20 years ago'. And he wanted to buy the car off there and then. I was concerned about the safety, and his wife was shouting at him 'come on we need to get home'. He said 'no-no, wait-wait, take a picture of me with the car'. And, yeah so we've kept in touch," shares Mr Robinson. 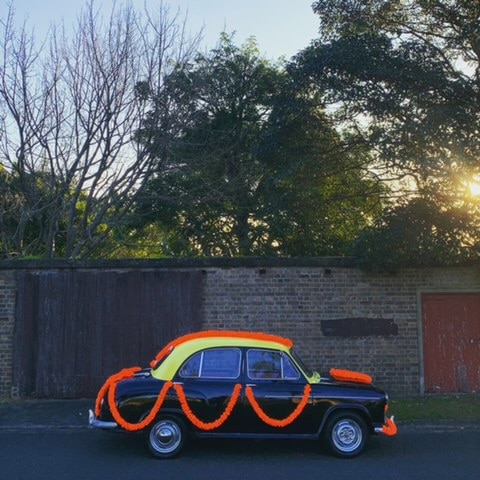 People use 'Bollywood Car', a black and yellow taxi cab in Sydney for various purposes.
Supplied by Jamie Robinson

Many people use his 'Bollywood car' for different purposes, ranging from advertising their businesses, such as Indian restaurants, to a stylish wedding.

Jamie says it attracts people's attention everywhere because there isn't another car like it.

"Inside also it's just so different from any other car, with the flowers, signages and stuff."

With every ride in the Bollywood Car, Jamie Robinson's passengers get to hear interesting stories from his India sojourn. 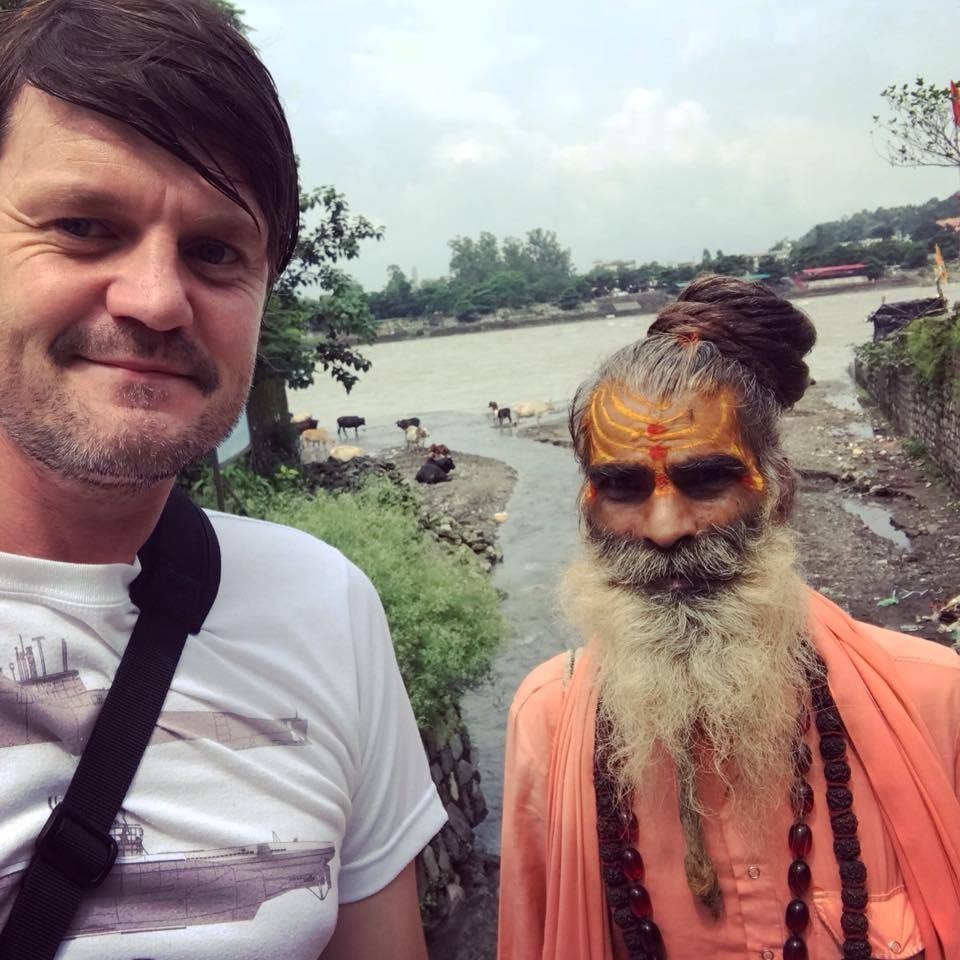 He is now planning to add a 'Kolkata taxi' which is different from the yellow-black cabs from Delhi and Mumbai.

"Oh, I love Kolkata taxi. So this time I would put the colour scheme as the Kolkata cab because of it's orange with a blue stripe. So, it would be really nice to have more cars like that," he says. 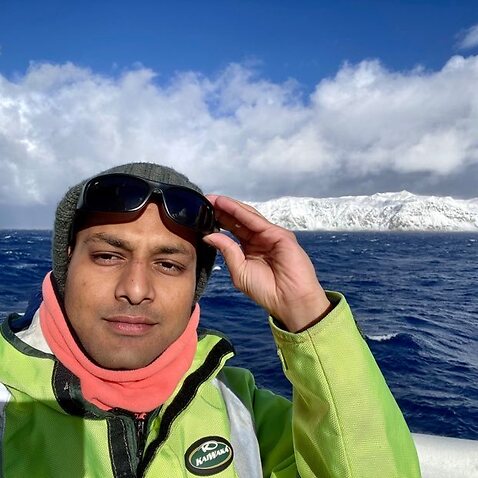 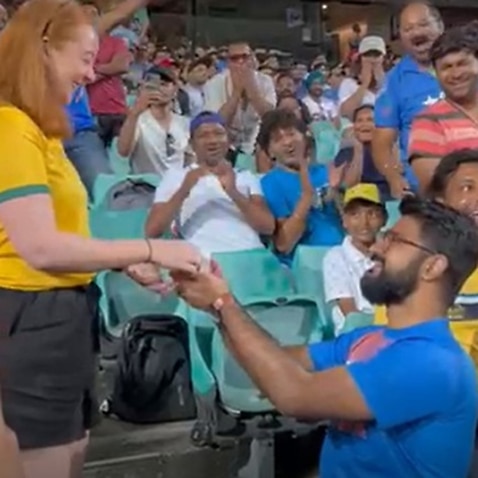 Love is in the air: The couple that got engaged at India vs Australia match share their love story 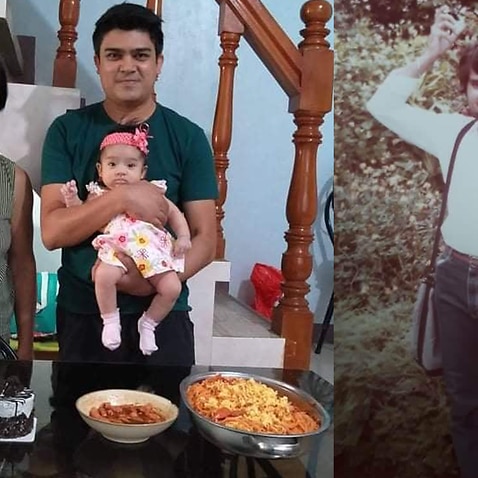 'I am looking for my father': One man's appeal to the Indian community in Australia