DOWNLOAD 16.39 MB
SUBSCRIBE
Out of thousands of Australians stranded in India, close to 1800 have returned home. Source: Supplied

The rescue flight has left for Melbourne to bring home the initial batch of Australians stranded in India amid the coronavirus outbreak.

Thanks to a group of expats and aviation officials, 444 Australians including 33 infants, trapped in various states across India during a nationwide shutdown, are now homebound.

Speaking to SBS Punjabi just before boarding the Lion Air aircraft at around 11:45 pm (local time) on April 11, Valerie Volpato, a Sydney-based intensive care nurse, said she was “tired, relieved and grateful” all at the same time.

“I can’t feel my eyes, my ears, I can’t believe anything around me right now. I have been having nightmares since the time it all started,” said Ms Volpato who had travelled to India to attend a yoga festival.

“It’s incredible how everything has finally worked out and synchronised amidst all these restrictions," she said.

"The flight, the tickets, the support groups. People are taking care of each other in these tough times. It’s amazing, it's almost like a currency of love that is emerging from somewhere.” 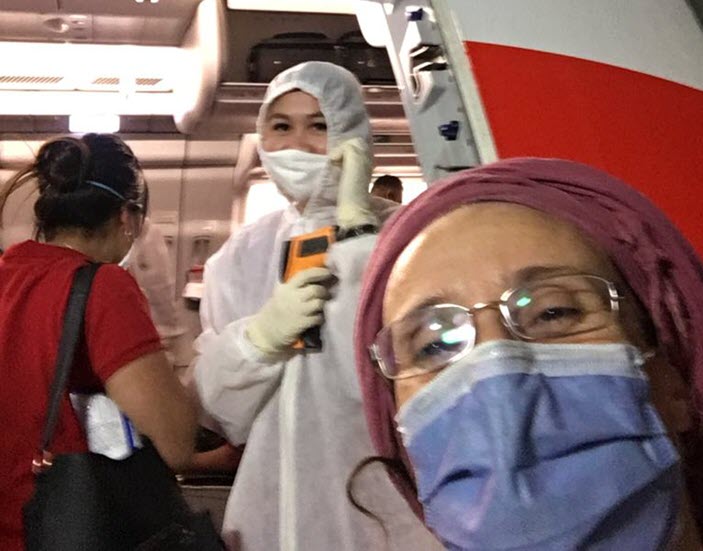 Simon Quinn, an Australian expat based in New Delhi who was instrumental in organising the flight out of India, said the discussion started in a WhatsApp group with just a few other Australians.

“It all began when I reached out to check if there were other Australians stranded in India and it just grew from there. People started created froups on WhatsApp, followed by Facebook where hundreds joined us,” he said.

“Some were stuck in hotel rooms, some without food and medicines. So that’s when we contacted the High Commission in Delhi. They told us they were considering commercial options, but nothing substantial had come out of those talks. That’s when we decided to charter a flight,” he added. 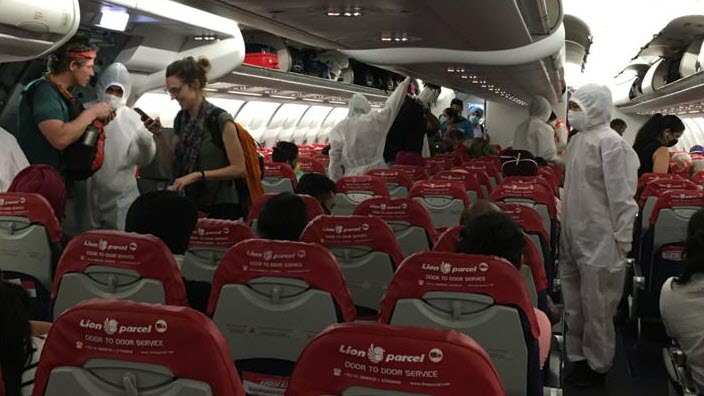 People settling in their seats inside the aircraft.
Supplied

An Australian company, Stratos Group Aviation, joined the rescue operation and helped the group with leasing an aircraft, while another charter company Monarc Global supported them with setting up an online booking system.

Dr Jagvinder Singh Virk, the chairman of the India Australia Strategic Alliance, who has been spearheading the operation from Australia, said it could not have been possible without the support of the governments of the two countries.

“Both the Australian and the Indian government, in particular, was extremely forthcoming with the approvals. All this would not have been possible without their timely help and cooperation,” Mr Virk said. The flight was originally scheduled to leave for Melbourne on April 10. Mr Virk said it somehow took longer to organise domestic travel permissions for passengers than anticipated, which led to the delay.

“The flight was initially supposed to leave on Friday (April 10), but eventually got postponed and left just a few minutes past midnight (local time) on April 12.

“The Australian High Commission came to our rescue and organised movement passes for each of the 450 passengers, which took a little longer than what we had initially estimated.

"The carrier is charging $2,200 per person and was fully sold out," he added. 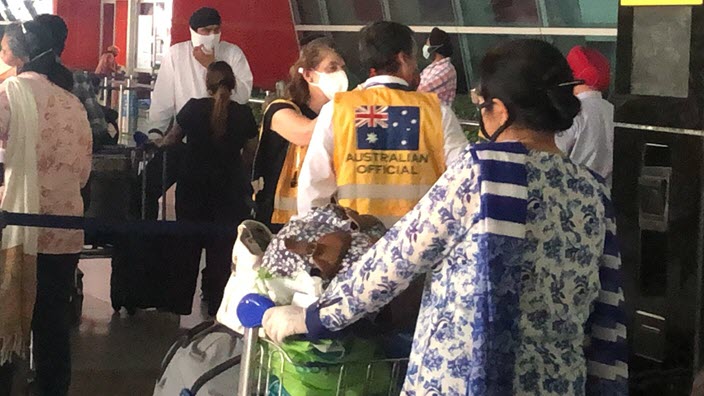 The Australian High Commission helped the group with securing the necessary approvals for the flight and also arranged movement passes for people to be able to travel to the airport amid a nationwide lockdown.

But however, it clarified that it was “not in a position to endorse the flight.”

Mr Quinn said the fact that the Australian government helped them in arranging for approvals for the flight was itself a reflection of their support to the cause.

“The government is in a difficult position as the airline in question does not have a stellar safety record, therefore they are not endorsing it,” said Mr Quinn.

"Also, it has been organised privately by a group of individuals, so the government any way cannot endorse it," he added. 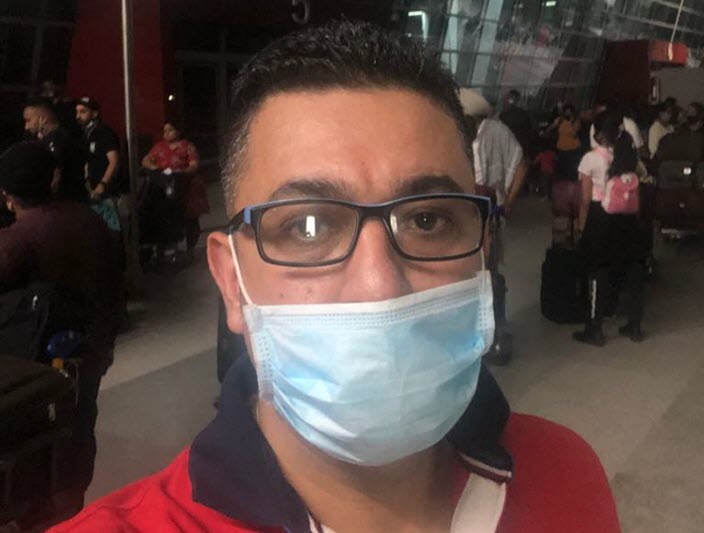 Melbourne-based banking manager, Munish Chopra who was stuck in India along with his younger brother, also expressed his relief at the near-end of their “ordeal.”

“I am relieved and happy that we are finally returning home after days of uncertainty,” said the 37-year-old who had gone to Ludhiana in northern India to meet his elderly parents.

“Everyone around me looks tired and worn out at the airport. But I am sure it is all going to be worth it once we touch down in Melbourne," said Mr Chopra.

Sydney-based naval captain Arvinder Pal Singh who cannot wait to be united with his family said: "If there is anything good that has come out of our struggle, it is that strangers have now become family.”

“All of us stranded here in India have been rooting for each other like one big family. People are taking care of each other’s kids and helping elderly passengers,” said Mr Singh.

"I would like to extend my gratitude to all those who helped in organising the flight." 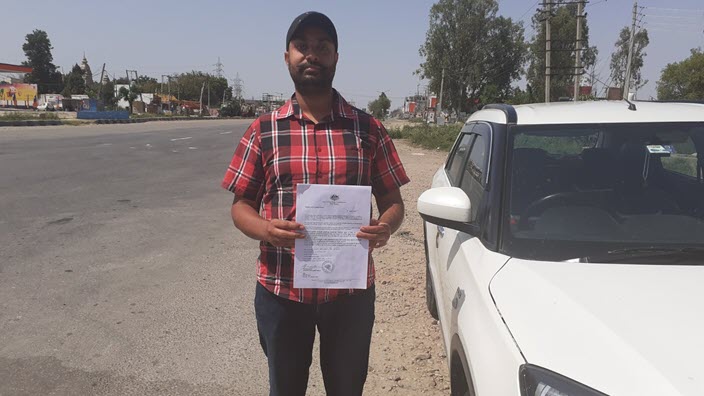 Arvinder Pal Singh holding his 'movement pass' on his way to the Delhi international airport.
Supplied

The flight is expected to land in Melbourne later tonight.

Following Australian requirements, the group will have to spend 14 days in quarantine at a designated accommodation from the day of their arrival.

The organisers claim there will be at least four more flights out of India in coming days to evacuate thousands of other Australians who remain trapped in India, as most states announce a lockdown extension to contain the virus, as the number of cases rises.

Click on the audio player above to listen to the interviews in Punjabi. 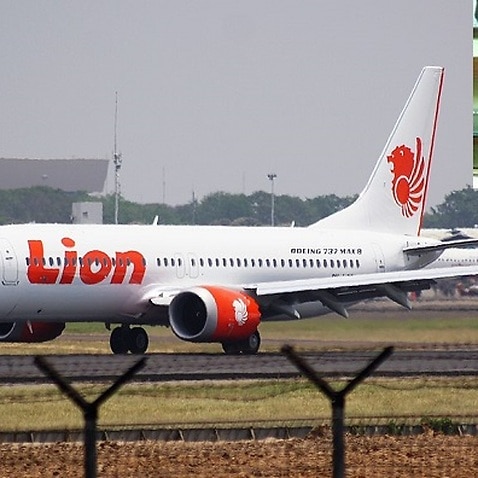 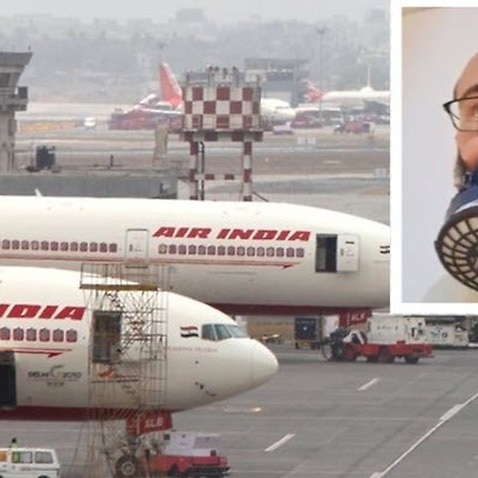 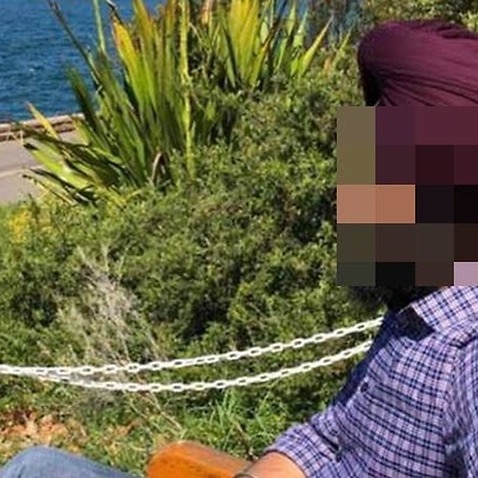