DOWNLOAD 7.42 MB
SUBSCRIBE
Frank Whitling (L) with other tourists in Nepal who don't want to return home yet. Source: Supplied by Frank Whitling

Some Australians stranded in Nepal find staying on safer and cheaper than returning home. While they remain stranded, they are giving lessons in English and cricket and are exploring student visas to extend their stay as Nepal’s immigration rules stand in their way.

Some Australians stranded in Nepal find staying on safer and cheaper than returning home.

While they remain stranded, they are giving lessons in English and cricket and are exploring student visas to extend their stay as Nepal’s immigration rules stand in their way.

Australians stranded in Nepal are amongst the many foreign nationals facing financial and humanitarian hardship in returning home.

They are now pleading with the Nepal government to ease visa requirements and extend their stay in the Himalayan republic.

One of the many Australians choosing to stay back in Nepal is Frank Whitling, who told SBS Nepali that many people like him feel safer in Nepal than they would in Australia’s quarantine facilities. But Nepal’s tourist visa only allows him to stay for 150 days.

He is trying new tactics to extend his stay. 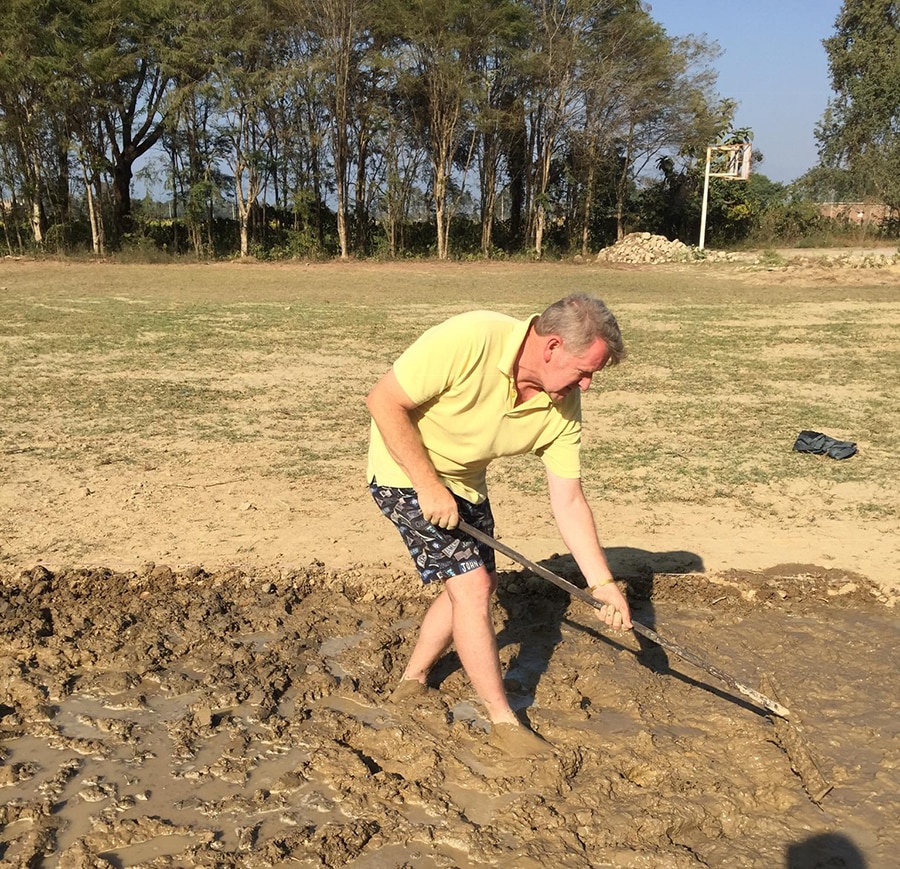 Steve Roberts works on a local sports ground in Nepal where he is giving cricket coaching to locals.
Steve Roberts

“I am looking into getting a student visa for Nepal. I think it’s possible to get it for a year which would go a long in solving my problem,” he said.

“I have learnt Hindi at university in Sydney and would like to learn Nepali or more Hindi here,” he added.

Melbourne’s Steve Roberts is another Australian who has chosen to stay on in Nepal despite the lethal second wave that took thousands of lives there.

He is giving lessons in English and cricket coaching to locals during his stay.

According to Mr Roberts, about two dozen Australians who left Nepal last year are still to return home to Australia. They have instead chosen to go to other countries as they found it more affordable.

Originally from Armidale in New South Wales, Mr Whitling has been staying at a hotel in the tourist city of Pokhara, some 140 kilometres west of Nepal’s capital, Kathmandu, since the beginning of the pandemic last year. He says he landed in Nepal on the first day of 2020 for a holiday.

Mr Whitling has chosen to not board a repatriation flight to Australia because he finds them too expensive and is also concerned about the hefty fee he will have to pay for quarantine.

“After I land in Australia, I will have to stay in quarantine for two weeks, and that will cost me $3,000. As a budget traveller, I am not prepared to spend so much money. Many people don’t realise that people like us are better off where we are,” he had told SBS last year. After 18 months, he’s still in Nepal.

“Staying amidst the tranquillity of regional Nepal is far better than going through the draconian and expensive quarantine regime back home,” Mr Whitling had said last year.

Mr Roberts has created a Facebook group through which other like-minded Aussies in Nepal stay connected. Like these two, many others are anxious due to the immigration complexities of extending their stay in Nepal.

“If Nepal grants me a year-long visa, it will provide me with great certainty,” Mr Roberts told SBS Nepali.

“At the moment, the quarantine facilities where I might have to stay after reaching Australia are a concern,” he added.

On 8 July, the Department of Immigration in Nepal stated that the government had decided to extend the duration of the fee exemption scheme for foreigners due to the limited availability of flights out of Kathmandu.

The notice signed by the director of the department, Jhanka Nath Dhakal, says the current limit of stay (150 days) in Nepal for a tourist visa can be extended up to 210 days due to COVID-19 restrictions. But this is of little solace to the Australians.

They want the Himalayan nation to issue them a long-term business visa or introduce retirement visa streams. With the help of local tourism operators, they presented a memorandum to the Nepali government in that regard.

Mr Roberts said anyone going to the Nepali immigration department to have their visa extended is being penalised.

“No extra flights have been arranged to leave before 29 July. So, there are no flights except for a few costly business class seats,” he added.

Mr Roberts also mentioned that the Australian Embassy in Kathmandu had offered him a seat on a flight leaving from Istanbul on 28 August bound for Darwin, but he declined the offer as the cost of reaching home will set him back by more than $12,000. In an email to SBS Nepali, the Department of Health said the Australian government is committed to bringing home those Australians overseas who wish to return, including the most vulnerable ones, and has worked hard to ensure their safety and that of the broader Australian community.

“The Australian Health Protection Principal Committee (AHPPC), through their Continuous Improvement Framework, is regularly considering lessons learned in managed quarantine, including the results of audits, evaluations and reviews, to inform national guidance and protocols,” the statement added.

Since 28 March 2020, when hotel quarantine requirements were introduced, the department says there have been over 400,000 international air arrivals (based on Australian Border Force data).

Among these, there have been 4,122 (1.1 per cent) confirmed cases acquired overseas (excluding cases acquired at sea) reported to the National Notifiable Diseases Surveillance System (NNDSS).

“The Department is aware of 15 transmission events within mandatory quarantine facilities that involved transmission of the virus to 25 other quarantining guests,” the email stated.

According to the NNDSS data, 45 people who arrived from Nepal have had COVID-19 as of 13 July. A return traveller (centre) exits a Skybus upon arriving at a quarantine hotel in Melbourne in April.
AAP

A spokesperson for Queensland Health told SBS Nepali, “Queensland’s hotel quarantine system is one of the most comprehensive in Australia, with several protections in place to support the safety and wellbeing of staff and guests.”

According to a Department of Home Affairs dataset, 118 travellers have arrived from Nepal between October last year and 30 April.