'Gone from bad to worse': Life of people on the bridging visa during Covid-19

COVID-19 is dramatically disrupting lives of close to 97,000 bridging visa holders in Australia who are unable to access the federal government’s COVID-19 support schemes.

The latest ABS figures reveal that the unemployment rate has risen to 6.2 per cent though some economists suggest a different calculation method would paint a far bleaker reality.

The Refugee Council of Australia, along with its 186 affiliate organisations, is urging the government to provide basic support for vulnerable temporary visa holders including international students, asylum seekers, temporary migrant workers and refugees.

Its CEO Paul Power says amongst this cohort at least 16,000 children from families left with no form of income are affected.

It’s obviously very difficult for people who are on short-term visas which are rolled over on a regularly basis to maintain a job cause a lot of employers are concerned about whether or not people have got the right legal status for employment.

Power says based on the latest government figures, out of the nearly 97,000 bridging visa holders, some 12,000 asylum seekers who originally came by boat in 2012 are still waiting for a final decision on their refugee status – an indicator of their eligibility for government support.

Ansary Muhammed, Queensland state manager of Brothers In Need, a not-for-profit organisation formed by community support workers of Islamic faith, has partnered with Muslim Charitable Foundation and Muslim Aid Australia to support those unable to make ends meet – many of whom are students and Uber drivers.

A lot of them are Indian families, Pakistani families, people from Bangladesh, South America.

Muhammed says some schools are also helping by waiving fees for struggling families on bridging visas. Legal Aid New South Wales has experienced a surge in calls for advice on how bridging visa holders can stay lawful in Australia.

Katie Wrigley, a senior solicitor on immigration matters, says some bridging visa holders may have work rights depending on their previous immigration history.

The work rights grant them access to Medicare whilst waiting on a visa application to be decided.

But either way, no one on a bridging visa has access to Centrelink payment - so there’s no Job Seeker, no Job Keeper, no special benefit, nothing.

The federal government is allowing bridging visa holders to access up to $10,000 dollars of their Australian superannuation tax-free in the 2019 to 2020 financial year.

Meanwhile, the Department of Home Affairs provides short-term payments through the Status Resolution Support Services for Bridging Visa E holders, those recently released from immigration detention or living in the community under Residence Determination.

Power, however, is concerned that the majority of bridging visa holders are unable to access this scheme with payments lower than Centrelink benefits.

The scheme is administered through the Department of Home Affairs which contracts different non-government organisations to run it.

But the Department controls it very tightly, and over the last few years, they’ve actually been excluding people from the SRSS financial support.

Many have no choice but to rely on charity donations. Power says close to 200 support agencies have reported a doubling or tripling of calls for help. Settlement Services International (SSI), a community organisation and social business supporting refugees and asylum seekers predominantly in New South Wales, with operations in Victoria and Queensland, has been inundated with distressed calls for support according to its general manager Greg Benson.

We’re hearing from people who held jobs for 8 years, paid taxes, suddenly find themselves without access to Australian social net.

Power says charities are struggling to keep up with the high demands in particular localities such as Sydney’s Auburn, Blacktown, Liverpool and Dandenong in Melbourne where many refugee and asylum seekers are based.

He fears it’s almost impossible for people to survive solely on charity assistance without income for food, rent, clothing, medical care, electricity and other basic needs.

SSI recently conducted a pulse survey of nearly 500 temporary residents in New South Wales and found that 62% of temporary visa holders who sought its services during COVID-19 indicated they have gone without meals while 79% have relied on loans and on borrowing money from other members of their community.

Greg Benson says SSI has set up an office distributing food packages to individuals and families from asylum seeking backgrounds.

He encourages the wider community to donate $20 dollar and $50 care packages to help feed the needy and cloth their children during the cold winter months. 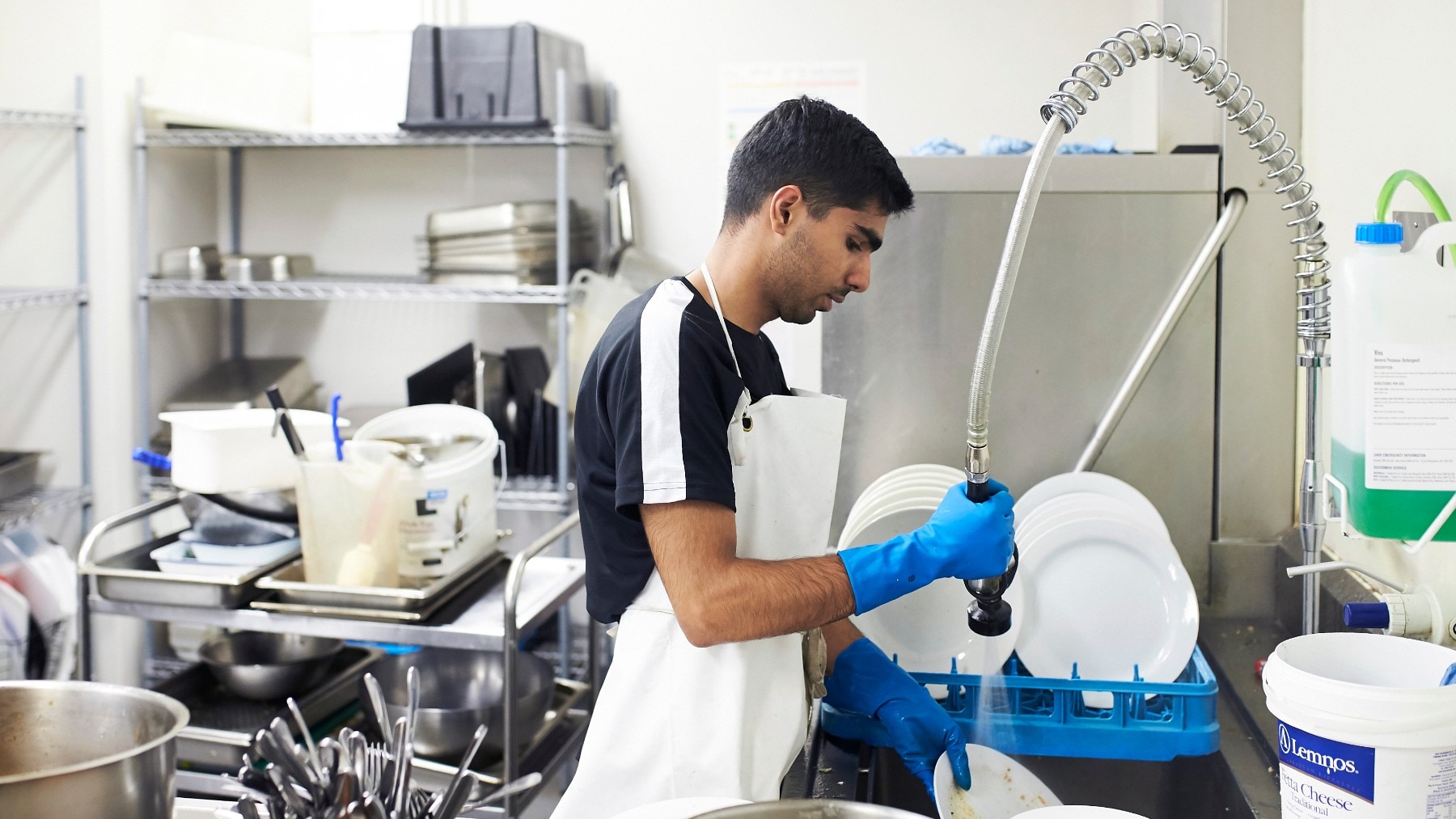 Katie Wrigley says many bridging visa holders are eager to find out how they can lawfully stay in Australia while unable to return to their native country due to border closures and hefty travel costs.

What we’re assisting them with is to make sure that their case can continue to be processed as expeditiously as possible, to try and get an outcome sooner rather than later so that they can move onto eligibility for Centrelink payment.

A recent study conducted by the University of New South Wales, Settlement Services International, Red Cross and the University of Melbourne found that people who are on insecure visas experience significantly higher post-traumatic stress disorder and depression symptoms than those with secure visas and were two-and-a-half times more likely to report suicidal intent.

Muhammed says Brothers In Need has been receiving referrals from GPs, psychologists and community organisations to support those unable to get by. They deliver food packs worth between $70 to $100 containing essential items such as sugar, rice and flour to the doors of vulnerable individuals and families.

Muhammed says many of his clients are suffering from more mental stress during COVID-19 than previous times.

Homelessness is a real threat for many bridging visa holders with 76% of the SSI survey respondents reporting they could not afford to pay their rent or mortgage on time.

Wrigley says some bridging visa holders in destitution are forced to live in precarious conditions on trains or in cars.

Australia may have flattened the curve but Paul Power says the government needs to step up to avoid further humanitarian and public health disasters. If you are feeling distressed and need emotional support, call the Beyondblue coronavirus mental wellbeing support service on 1800 512 348 or Lifeline on 13 11 14 any time of the day and night.

If you need language support, call 13 14 50 for an interpreter and ask to be connected to your preferred support organisation.

People in Australia must stay at least 1.5 metres away from others. Check your state’s restrictions on gathering limits.
Testing for coronavirus is now widely available across Australia. If you are experiencing cold or flu symptoms, arrange a test by calling your doctor or contact the Coronavirus Health Information Hotline on 1800 020 080.
The federal government's coronavirus tracing app COVIDSafe is available for download from your phone's app store.
SBS is committed to informing Australia’s diverse communities about the latest COVID-19 developments. News and information is available in 63 languages at sbs.com.au/coronavirus.