'She was dying and people were protesting on the streets': Brazilian community in disbelief over student's COVID-19 death

International student Adriana Midori Takara, 38, was finishing her bachelor’s degree in accounting at Kaplan Business School in Sydney when she was infected by the Covid-19 Delta variant. Less than two weeks later she died. Her death, which coincided with the anti-lockdown protests in Sydney, has shocked and angered the Brazilian community in Australia.

Described by friends as a loving, happy, and caring person, with no pre-existing conditions, Ms Takara had a quick and tragic descent after contracting the virus. Soon after testing positive for Covid-19, she was admitted to The Royal Alfred Hospital, where she died two weeks later.

“I am not comfortable in burying young people, I am not prepared for that,” says Marlene Coimbra, Executive Director at Superstudent Headquarters in Sydney, who knew her former student well.

“She was a smiley, hard-working and a very dedicated student,” she said. 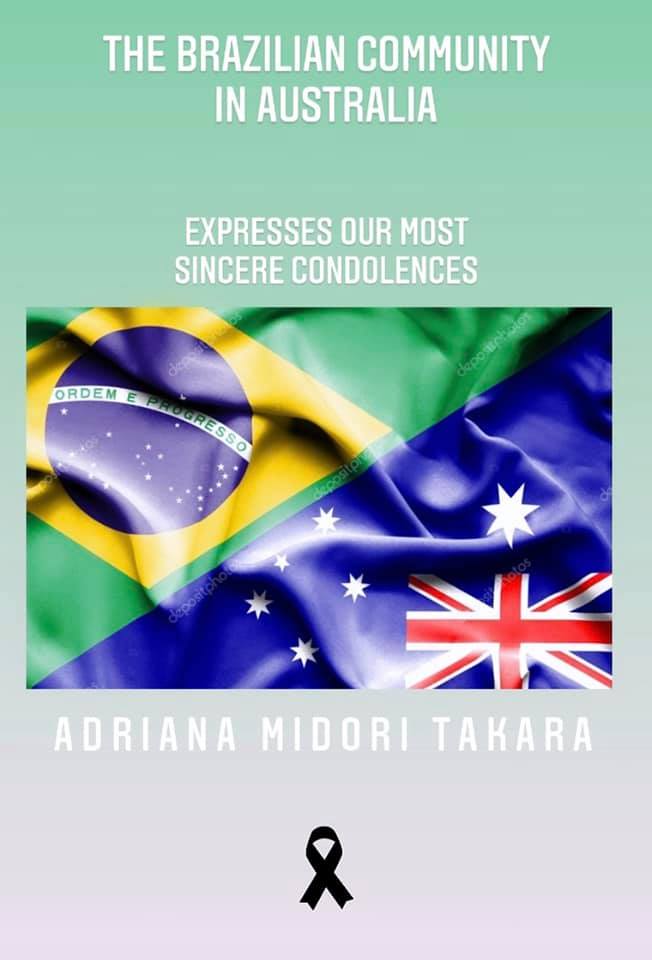 Artwork posted on Facebook by Brazilians in Australia
Facebook/Gui Souza

"I did all her paperwork, changed her visa to international student, she came first as a tourist, and then decided to stay," recalls Ms Coimbra, who has been assisting Brazilian students in Australia for more than 24 years.

Ms Tanaka’s death came a day after Sydney held an anti-lockdown protest that saw thousands of unmasked people descend onto the CBD.

The tragic coincidence, of seeing the angry mob on the streets and the 38-year-old Brazilian woman fighting for her life, angered Ms Coimbra.

“Revolting. When thousands of protesters were walking past the hospital, chanting ‘freedom’, Adriana was dying on her hospital bed, they were switching off her respirators,” she said.

Ms Coimbra believes more can be done to improve vaccination rates for international students in Australia.

“Universities could set up hubs to vaccinate people,” suggests Ms Coimbra, who - as every Brazilian, is well acquainted with human loss caused by the pandemic - she lost 12 friends and two family members in Brazil to Covid within a space of two weeks.

'Didn't have time to get the vaccine'

“She didn’t have time to get the vaccine,” says Marilena Ribeiro, a close friend from São Paulo, Brazil, where the virus has killed more than 548,000 people.

“It is very sad, the world is going through this Covid, here in Brazil is much worse, the sadness is everywhere.

“I always thought that Australia was like New Zealand. I was studying with Adriana, was about to do the bachelor’s degree with her, and decided to return to Brazil. In my opinion the only way is the vaccine. Here is a mess, I managed to get my first dose, but I lost so many people who didn’t have the chance to get the jab,” said Ms Ribeiro.

The repercussion of a Brazilian dying of Covid in Australia was everywhere on social media.

When millions of protesters were walking past the hospital, chanting ‘freedom’ Adriana was dying on her hospital bed, they were switching off her respirators

Through social media, the Brazilian community in Australia has expressed shock and paid tribute to the woman and her family.

“While there were people on the streets yesterday ‘protesting’ a Brazilian was fighting for her life at the Hospital here in Sydney. Today she lost her battle to Covid. My condolences to the family. Stay home and get the vaccine!” said Mônica Plaza on a post on Facebook.

“For those who saw the Premier’s press conference today, she mentioned the death of a woman in her 30s. This person unfortunately was one of us. Adriana Midori, hoping God will support the family at this time. Meanwhile, a mob was at the lockdown protest and boasting about it online. People like this don’t deserve to be in a country like Australia," said Vanessa da Silva.

On Facebook groups of Brazilians in Australia, there was an outpouring of emotional messages in honour of Ms Takara.

"How sad, I have no words. We wish her family much love and strength at this time," reads another.

Support for the family

A spokesperson for the Brazilian Embassy in Canberra has told SBS Portuguese that the embassy and the Brazilian Consulate, in Sydney, are contacting the family in Brazil.

“We will help the family with all necessary arrangements, body transfer if the family wants to be that way. We are waiting on the Federal Police report,' said a spokesperson for the embassy in Canberra.

“We have a team working and able to assist the family in everything they need. We are also waiting and will follow the instructions of the local and health authorities,” said the consulate in Sydney.

In her press conference yesterday, Premier Gladys Berejiklian reiterated her message that the virus affects all ages.

“We had two deaths overnight, a woman in her 70s, but also a woman in her 30s with no pre-existing conditions. If anybody thinks this is a disease just affecting older people, please think again.

This disease is cruel.

The Premier also criticised the thousands of people who protested the lockdown in Sydney.

"In relation to yesterday's protests, can I say how absolutely disgusted I was. It broke my heart. Millions and millions of people across our state are doing the right thing, and it just broke my heart that people had such a disregard for their fellow citizens."

A woman in her late 30s from Sydney CBD died at Royal Prince Alfred Hospital. A woman in her 70s from south west Sydney died at Campbelltown Hospital. NSW Health expresses its deepest condolences to the loved ones of both women. 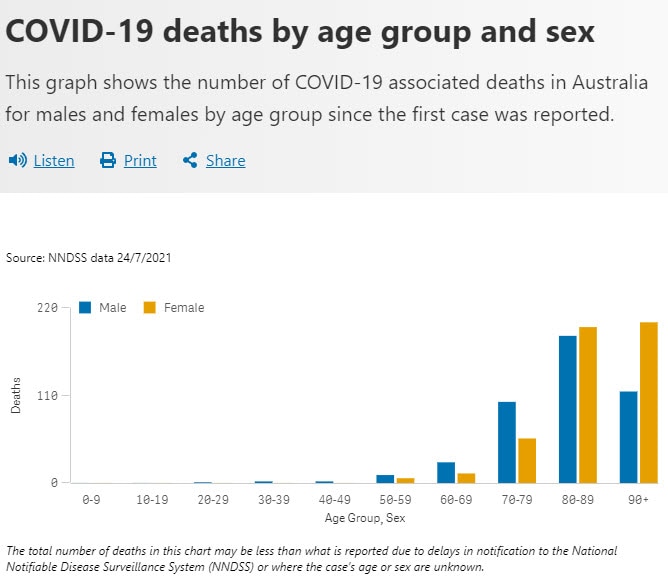 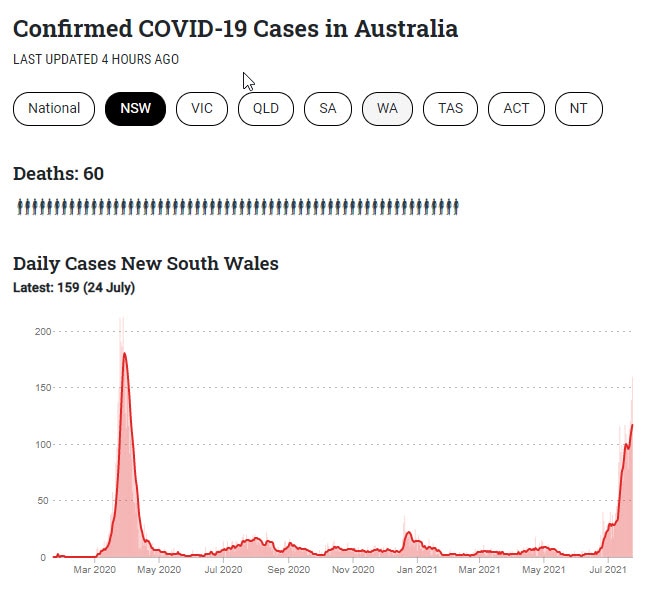 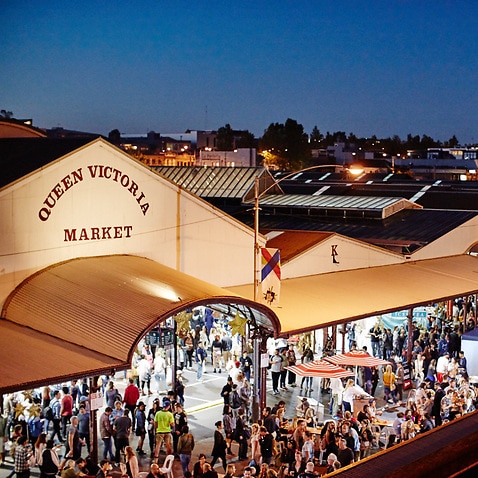 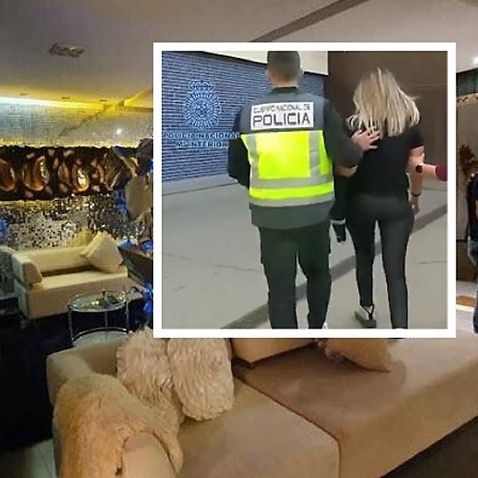 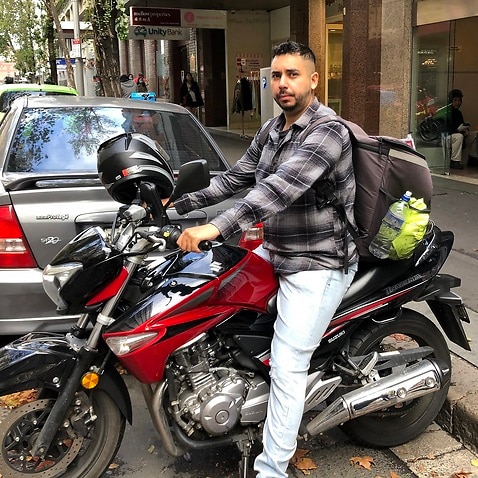 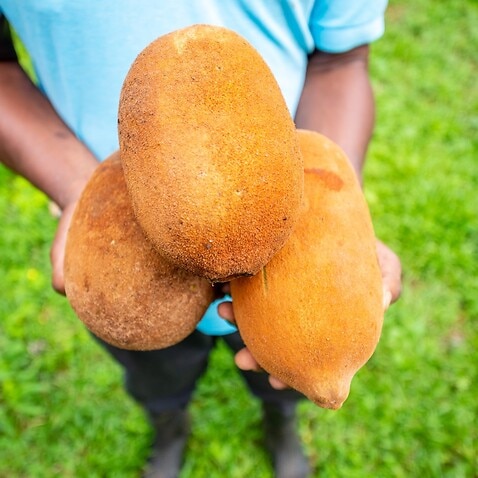 Australia, the Amazon and the creation of a ‘chocolate factory of the future’ 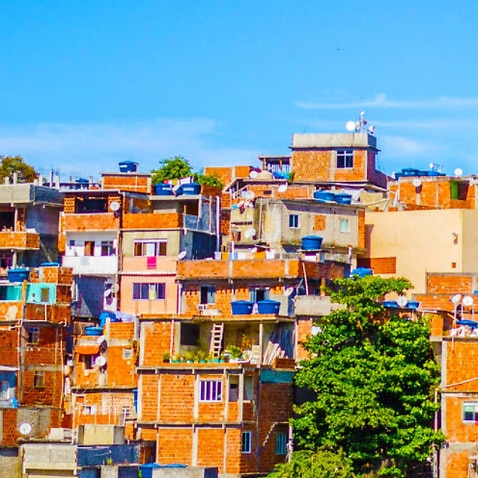 ‘It is in the Rio’s slums where Covid-19 is most devastating to our communities’: SOS Favela and Australia's aid 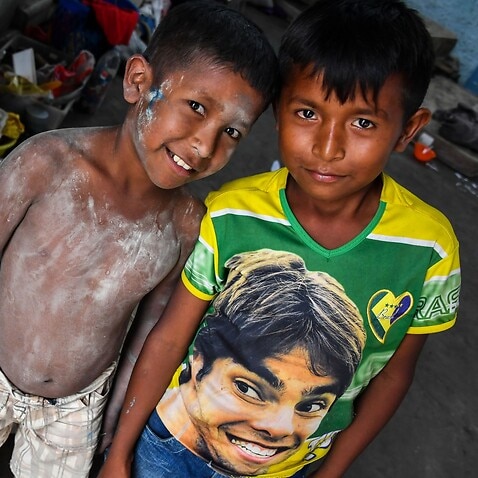