‘The key to my vote’: Migrants feel ignored in wait for ‘fairer’ parent visa

Many in the Indian Australian community tell SBS Punjabi their vote hinges on ‘more affordable’ permanent parent visa options, but feel the topic has largely been ignored by the major parties during this election campaign.

He told SBS Punjabi that he has grown disillusioned with the Liberal party since the government backtracked on several key campaign promises from the last election, including that there would be no cap on parent visas.

“My vote is for the party that will provide affordable permanent parent visa options,” he said. Many young families seek family reunification in an affordable manner.
Getty Images
Navdeep's family is currently in Australia on a tourist visa, and he said a permanent 'fairer visa' for his parents is his core demand for the 2022 election.

"Not a single initiative has been taken on a permanent parent visa. Also, I can't see the government having any plans for this category in future."

"The policies and treatment of migrants in recent years will impact the votes of my household," he said.

In contrast with the 2019 election, the major political parties are keeping quiet on the topic of parent visa policies this time around.

While the government has previously stated that the temporary parent visa fee is reasonable, many have slammed it as extremely expensive.

The subclass 870 Sponsored Parent (Temporary) visa that was announced during the last election costs $5,000 and $10,000 for a three-year and five-year visa, respectively, and is subjected to an annual cap of 15,000.

Also, only one partner can sponsor a single set of parents per household and must pass a family balance test to obtain this visa.

Last year, Dandenong-based Indian grocery store owner Manpreet Singh's mother passed away in India. Due to the restrictions of the pandemic, he could not see her. 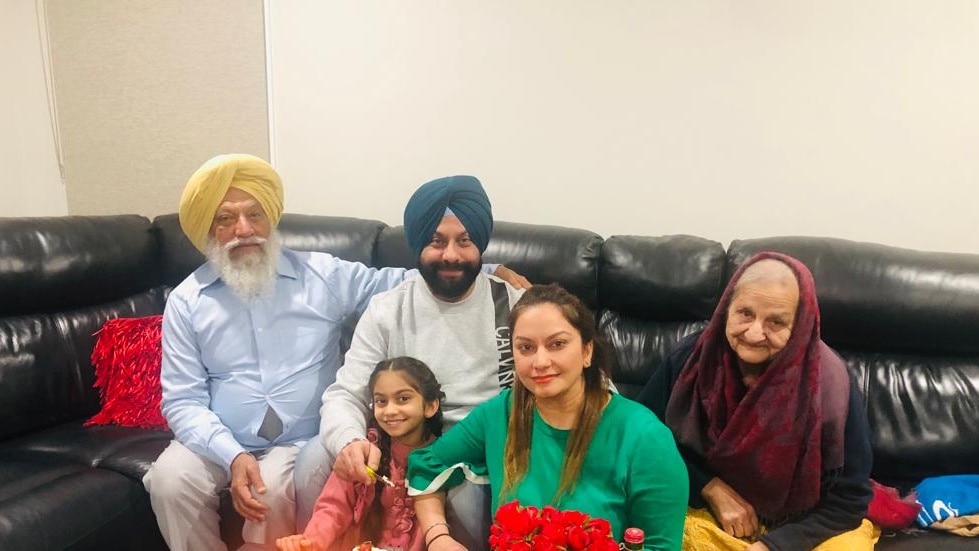 Manpreet Singh with his family and his late mother (R) during happy times.
Supplied by Manpreet Singh.
Speaking to SBS Punjabi, Manpreet said he feels guilt at not having been with his mum as she took her last breath.

"If there had been fairer parent visa options, my mother would have been staying with me, and maybe I could have saved her."

"Not all citizens can pass the family balance test or 'buy' the visa due to their financial position," he said.

It's unfair to be charged hefty amounts for family reunions

"If our parents cannot join us permanently, even in their last years, I think that will have a huge effect on how we decide who to vote for," he said.

Manpreet's brother is also an Australian resident, and their father is now the only family member left behind in India.

Melbourne-based migration agent Navjot Singh Kailey has campaigned on parent visa issues for over half a decade.

He said that an increasing population of elderly migrants stuck on temporary visas is not favourable for migrant integration.

"Politicians often ignore migrant issues, and neither of the major political parties has given a single word about parent migration in their campaigns for the upcoming election. Amidst the growing influence of migrant votes, many voters demand a 'fairer' parent visa.
Getty
"Government policies currently require migrants seeking to bring parents to Australia to pay a high fee - favouring the wealthy - or join a low-priority queue that can last 30 to 50 years, depending on the type of visa," he said.

"Aged parent visas are taking a ridiculous 30 years to process. Is that fair?" he asked.

Navjot explained that parents of migrants add up significantly to Australia's population over time.

"With the temporary sponsored visa, they can live here temporarily but without any rights. They would always remain outside of social support and political participation, while being totally dependent on family for care and assistance," he said.

What do the major parties say?

When asked about any policies to better meet the needs of young migrant families seeking family reunification, Prime Minister Scott Morrison told SBS Punjabi, "We brought in a very important temporary parent visa to ensure we have some reunification of families without having to trigger all the other more permanent visa arrangements. 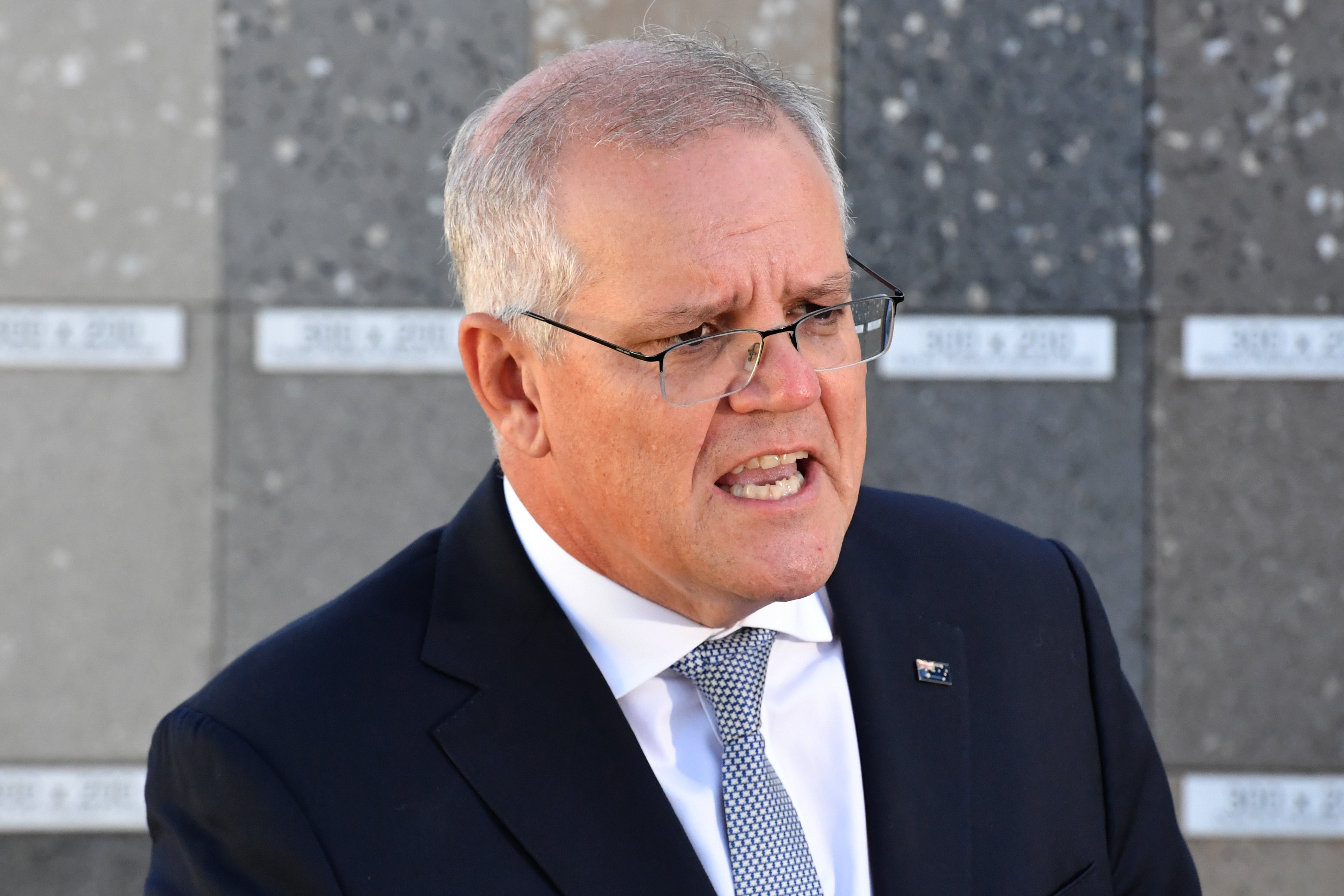 Prime Minister Scott Morrison at a press conference of the 2022 federal election campaign.
AAP
"What matters most is getting families together, and the sponsored parent temporary visa allows parents to come to Australia for up to 10 years."

Recognising the importance of family in Indian communities, Mr Morrison said 4,400 visas have been granted since April 2019.

"Contributory visa options for parent's permanent residence have been carefully calibrated, and it reflects the balance that is important to maintain a strong family support," he added.

Kuldeep Singh, a representative of an aged parents club in Melbourne's southeast, is a contributory parent visa holder who spent $100,000 for himself and his wife to be with his family in Australia.

Though he is happy with the medical facilities and support he gets here on this visa, he is concerned about the long delays that new applicants face. 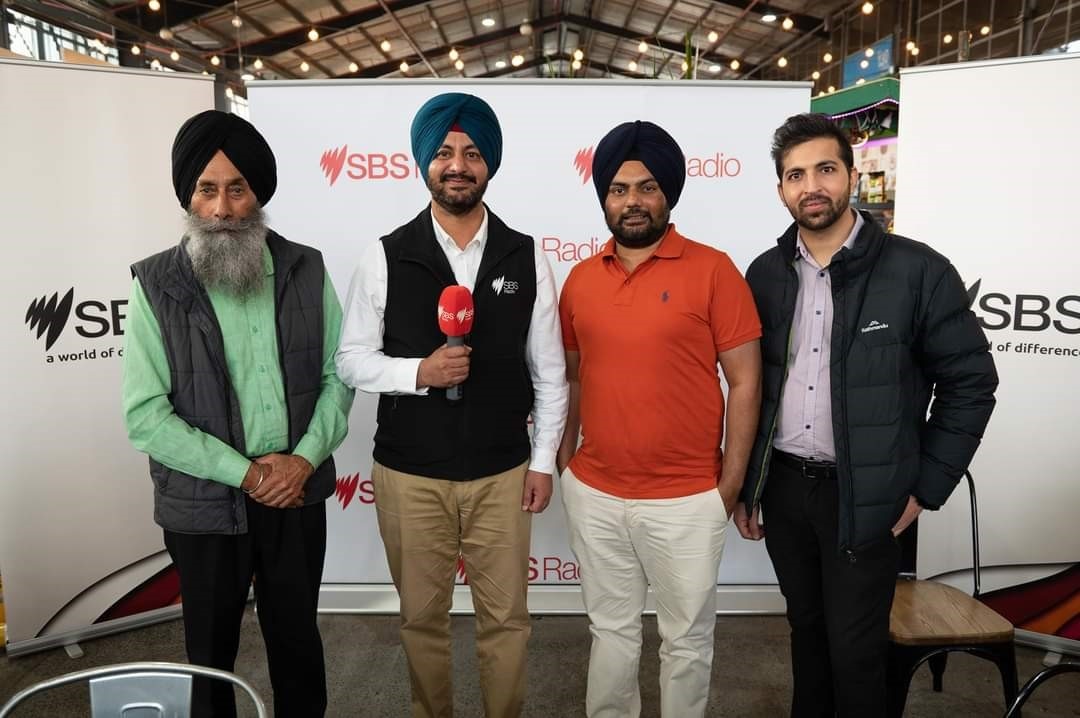 Charan Sodhi, a Liberal representative, said the party has delivered strong migration policies in the past.

"There were other issues to address in COVID times other than the parent visa issue, and I think they will introduce policies on this issue in the future."

"Liberals made sure that the definition of family for returning included parents at the time of the border reopening," he said. 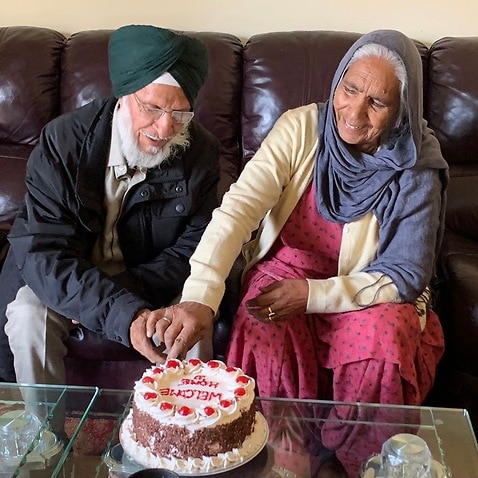 Speaking on current migration policies, Labor MP Julian Hill said, "The biggest issue I hear from the Indian community is concern about visa processing time and the broken Department of Home Affairs."

SBS Punjabi has contacted the Labor party three times for a statement on the parent visa and is awaiting a reply.

In 2019, the Greens promised changes to the current parent visa system, and in 2021, Deputy Greens Leader Nick McKim called for an overhaul of the family reunion visa system - warning that it is failing families through lengthy waiting periods and costly applications. 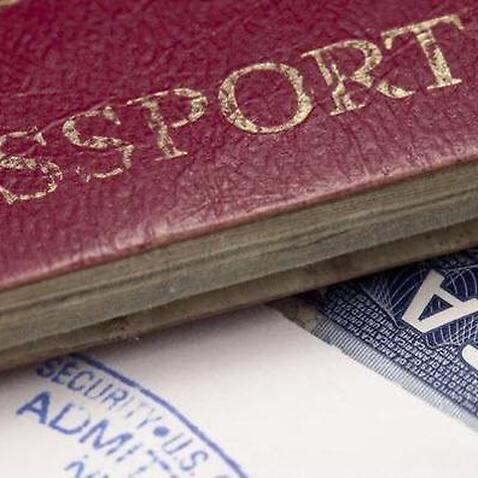