'The time has finally come': Japanese actresses find their voice on Australian stages

While Asian stereotypes persist in some parts of Australian society, two actresses of Japanese background say our entertainment industry is changing, and they're finding success in being their authentic selves.

Sydney-based Japanese actress Mayu Iwasaki used to keep her hair long and black, avoid suntanning and wear pale colours, even though that wasn’t her taste. This was all in order to suit the demand for stereotyped Japanese roles such as geishas and ninjas in Australian.

But a few years ago she decided to ditch her efforts to look like a stereotypical Japanese woman.

“I wanted to show who I really am, instead of molding myself too much into their likings,” she says of her decision  to show more of her true self as an independent modern Japanese woman living abroad.

“I’m often told at auditions that I don’t look like a Japanese woman, even though I am probably the only Japanese there,” Mayu laughs. “I was too tall and too tanned.  Maybe I was also a bit too cheeky.”

Mayu had initially thought that she needed to embody the Japanese stereotype to survive in the entertainment industry in Australia. But this is no longer necessarily the case for actresses such as Mayu, as the industry has embraced more diversity and started to tell the stories complex characters from non-white backgrounds more often.

“In return, I became more comfortable with myself and more confident in myself too," she says. "I think that probably led my career in a good direction.” 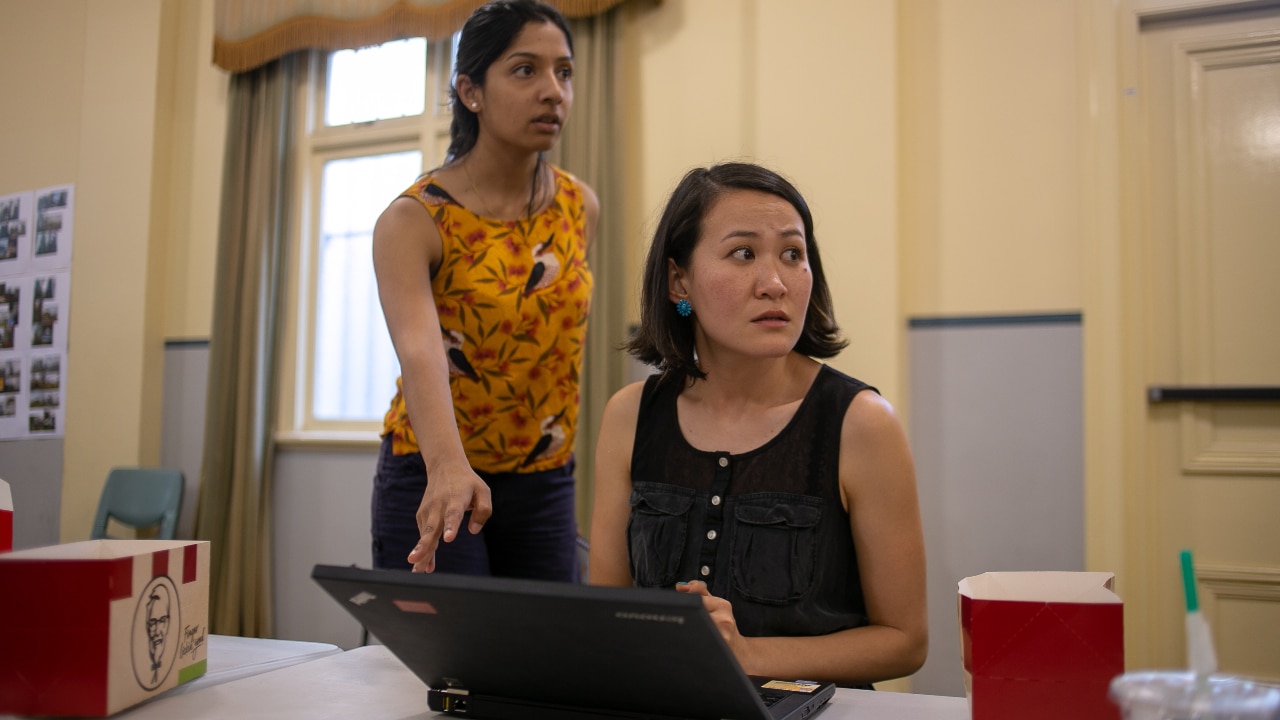 Mayu (right) during a rehearsal for White Pearl
Half Symbolic Films

Mayu was recently selected for the role of a Japanese woman named Ruki, one of the main roles for the upcoming play White Pearl.

White Pearl is a new play by Thai-Australian playwright Anchuli Felicia King, set to make its Australian premiere later this month at the National Theatre of Parramatta. As the show is co-produced with the Sydney Theatre Company (STC), this show makes Mayu the first Japanese actor to ever perform on for the STC.

Set in a modern cosmetic company in Singapore, 'White Pearl' is the name of the company’s newest product. The product’s TV commercial is leaked online, and goes viral for apparently being discriminatory. The company staff face heated arguments over who should be fired for its leaking.

“During the arguments, the five staff start to show their true selves," says Mayu. "I think each character is so well written. I would like the audience to listen to the lines we say and enjoy it - it’s the real words of modern Asian females in their 20s and 30s.”

Playwright Anchuli Felicia King herself is still in her mid-twenties and has just marked her international playwriting debut at the Royal Court Theatre in London this May with White Pearl.

Mayu plays Ruki a Japanese woman who has left her job in Japan to escape from its strict work ethic and joined the cosmetic company in Singapore.

“I can relate to Ruki a lot. She is not just a typical shy Japanese person but cautious, strong and a keen observer.  What I try to achieve through Ruki is the bringing of a real Japanese woman into this play. That’s what I’ve been wanting to do for a long time and the time has finally come.” 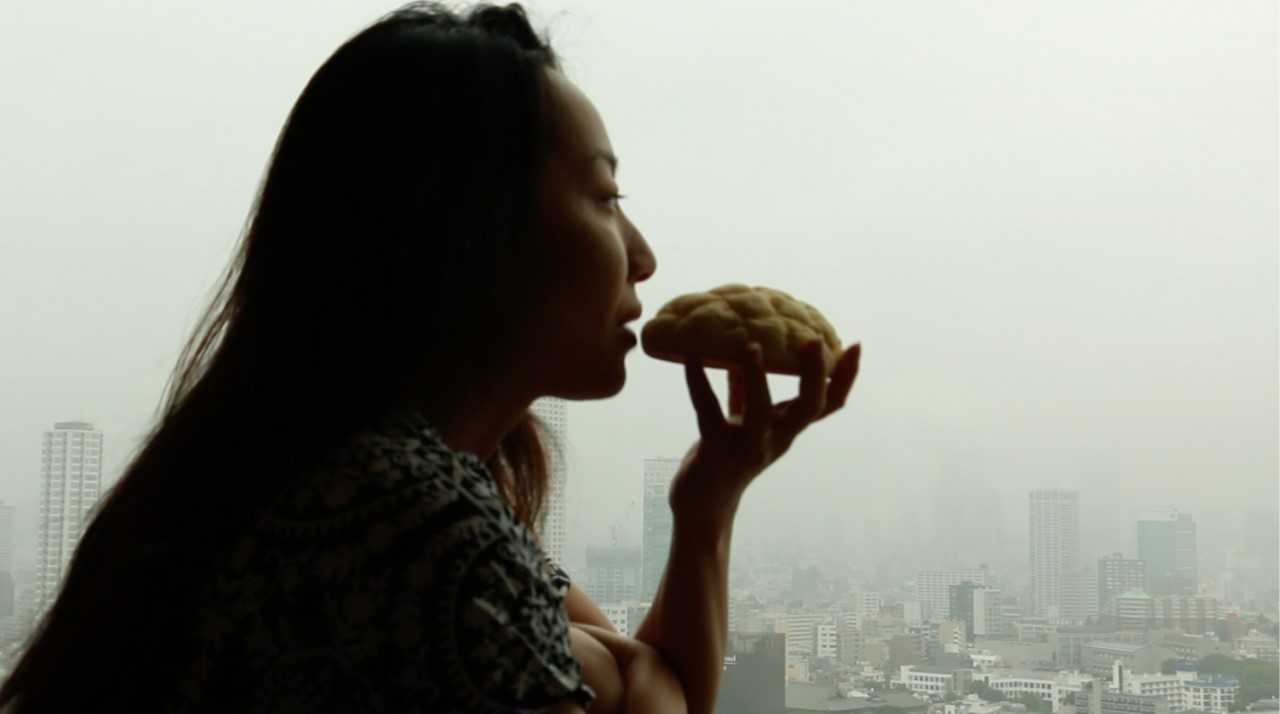 Telling the untold stories of Japanese-Australians

Arisa Yura is a Sydney-based actress who moved to Sydney when she was 10 years old. After Arisa took up a career in acting, she realised that there are few Japanese-Australian characters in the industry.

As such, she decided to make a one-woman play based on her own experience of having migrated to Australia as a child. Her play, Confessions of A Custard Melon Pan, was performed as part of the Sydney Fringe festival this year, after Arisa spend a decade working on and refining the piece.

The show's title comes from an encounter Arisa had in a Japanese convenience store, where she found a custard melon pan, a Japanese sweet bread. She saw an analogy for herself in the snack, which has an outer yellow crust, an inner white bread, and yellow filling once more inside that.

“I've had one of my Japanese-Australian friends walk out of the theatre after my show in tears,” Arisa says. “She told me it was because she has related so much to the story and she felt her voice had finally been heard.” 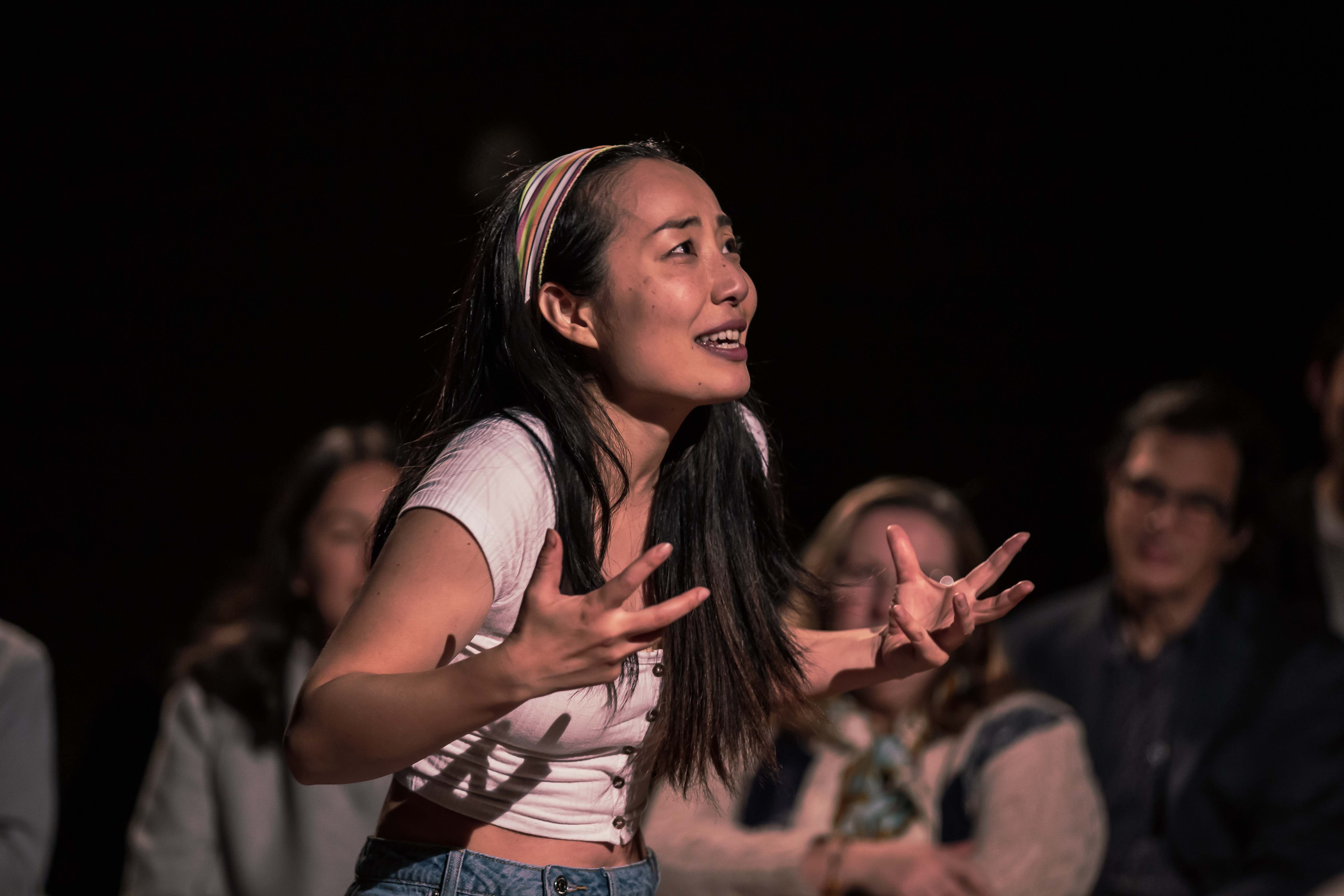 The closing night of Confessions of A Custard Melon Pan sold out and other performances were well-attended.  Arisa was nominated for the Sydney Fringe Awards Best Theatre and Most Outstanding Actor prizes.

“As a Japanese-Australian artist, I felt the need to find that voice for myself and the community,” Arisa says. “When I was writing this play, my hope was that as much as it is my personal story, that it would be our collective one too."