DOWNLOAD 10.8 MB
SUBSCRIBE
Lechon is a national dish in Philippines and is usually served throughout the year for special occasions. Source: Moment RF

A Filipino gathering is not complete without having lechon on the table. For most Filipinos, this popular dish is usually the highlight of any celebration and it's what makes the occasion special.

Lechon, a Spanish pork dish that features a whole roasted suckling pig cooked over charcoal is a staple in most Filipino gatherings. Whether it is a wedding, birthday, graduation, or festival, this Filipino favourite is what makes the celebration extra special.

For nearly three decades, Sydney Cebu Lechon has been satisfying Filipinos' pork cravings by serving their very own version of the famous Cebu lechon to Filipinos in Sydney.

Pat Samañego, co-owner of the family-owned Filipino eatery says that the Filipinos love for the dish stem from history and the fact that lechon is a grand gesture of respect and celebration for Filipinos.

"History plays an important role and at parties you would always find lechon. It's always a grand gesture of our respect and celebration. It’s a sign of importance."

But apart from history’s strong influence, every Filipino can testify that lechon is indeed mouth-watering. The flavour and aroma of the meat, the crunch of the skin dipped in liver sauce can make one drool for it over and over again. 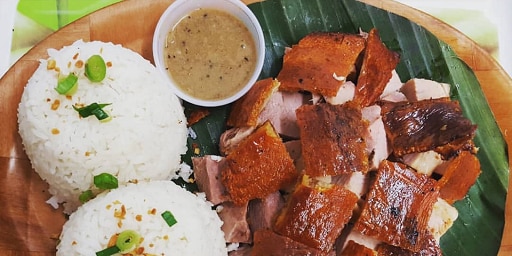 The flavour and aroma of the meat, crunch of the skin dipped in rich liver sauce can make one drool for lechon.
Sydney Cebu Lechon

And while lechon, in general, is delicious, Mr Samañego says Cebu lechon is celebrated worldwide because of its flavour. Not to mention, pigs from Cebu were proclaimed by famed chef and TV host Anthony Bourdain as the best in the world.

“For Cebu lechon it’s the blend that we make and the flavour, the aroma and the crisp of the skin, the saltiness with the achara (pickled papaya) balancing it out with the sawsawan (sauce). I think the combination of everything brings the flavour together and makes it really delicious," he says.

Although Mr Samañego admits that their pigs and ingredients are locally sourced, he reveals that the blend and aroma of the secret spices stuffed in the pig’s belly make their lechon truly authentic.

“Everything is locally sourced in terms of ingredients. Our pork is organic free-range Australian pork. To get the Cebu lechon flavour, [the secret is] the blend,” he says.

He credits the forerunners of the oldest lechon purveyor in Australia, Fred and Fely Mahusay for the success of the business.

“Tito Fred and Tita Fely did a good job in bringing that Cebu lechon flavour here in Sydney and at the moment we’re very happy to know that we’re doing a good job.”

Catering to the pork cravings of Filipinos

The family-owned restaurant has been catering to the pork cravings of homesick Filipinos and its birth is based on their own experience.

Their hunger for Filipino food when they first arrived as new migrants from Cebu led them to put up a family-owned business that was later on handled by their son Will Mahusay who had a culinary background.

“It started with Tito Fred and Tita Fely. They opened up a catering business at Glendenning. Since then, it rolled over to Will who took on the business because his parents were thinking of potentially retiring. He was the only one who had a culinary background and as of recently I’ve come and join.” 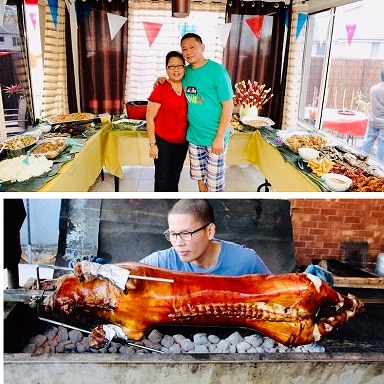 A way to give back to the Filipino community

Relentless in the pursuit of bringing a taste of home in Australia, Mr Samañego reveals that they are strategising for upcoming projects and are also focusing on helping the international and local community.

“We have a lot of projects for next year, branching out in the Western Sydney region and potentially interstate. We’re not just a restaurant, we are also focusing on the fact that we are a platform helping out the Filipino community internationally and locally and doing a lot of charity work as well.” 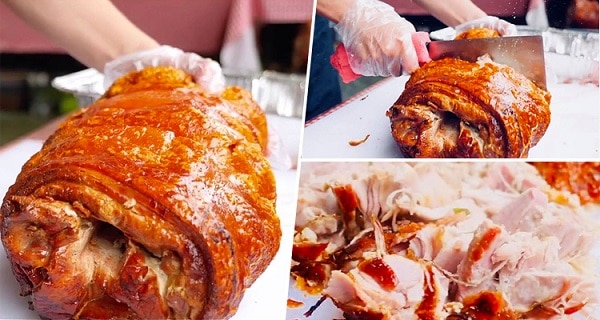 Cebu lechon is celebrated worldwide because of its flavour.
Sydney Cebu Lechon

A Christmas meal without lechon doesn’t have the same feeling of celebration and importance. No matter where in the world, Filipinos will always find their way to lechon.

And as the busiest month of the year is fast approaching, there is no doubt that most Filipinos including non-Filipinos will be queuing up for lechon to make their celebrations grand. 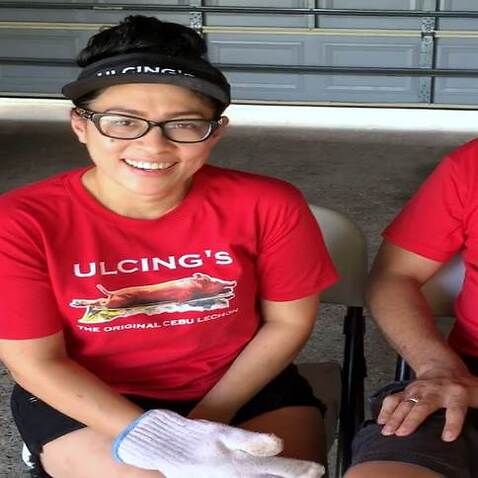 The 'Lechon' that traveled from Talisay to North Rocks