Chinese international students have defended Australia as a 'friendly' place to study following a travel warning from Beijing urging them to reconsider.

China’s Ministry of Education on Tuesday urged students going overseas to study to think carefully before choosing Australia, due to “multiple discriminatory incidents against Asians” in the wake of the coronavirus pandemic.

It follows an alert earlier in the week from China’s foreign minister, warning against travel to Australia following increased instances of discrimination.

“We are a welcoming country and we encourage all potential students who are considering higher education in a foreign country to come to Australia,” Mr Cormann said.

Chinese student Mr Wu, who did not want to disclose his first name, told SBS Mandarin that he disagreed with China’s warning of a rise in racism.

Having lived in Australia and the US, he said he had “experienced more discrimination in China because I grew up in north-eastern China”.

“Personally, I have not experienced any discrimination. Sometimes I’m pondering whether people have been too sensitive about this. Some of the incidents are solely directed towards the behaviours, yet people think it’s related to race,” said Mr Wu, who has been studying in Australia for six years.

“Some of the migrants have a guarded way of life and are always judgemental towards their surroundings. They never consider assimilating to the local culture. I think they are better off living in China instead.” Alson Cai, who studies at the University of Technology, Sydney, said she feared that she would become a victim of racism at the beginning of the pandemic, but later “felt some relief”.

“I think Australians as a whole, have been very friendly to me, and other Chinese people.”

She admits she had not experienced any kind of racial discrimination and believes that the “magnification” of discrimination in the news had its roots in individual behaviours rather than a racist societal movement.

However, she believes it would be beneficial to Australian society if these “inappropriate behaviours” continue to draw attention.

The second-year undergraduate said she planned to remain in Australia and hoped to resume face-to-face classes when pandemic restrictions for universities are eased.

“I hope that we can resume face-to-face teaching as soon as possible. I’ve got many friends in Australia, and I want to meet them again.”

During the COVID-19 pandemic, there have been several reports of discriminating behaviours towards Asian Australians, including some reported by SBS.

During an attack in the Melbourne CBD in April, two Chinese students were allegedly bashed, robbed and told to "go back to China”.

Melbourne Mayor Sally Capp said she was “appalled by the disgraceful attack” and that “the violence displayed is completely unacceptable”.

On Tuesday, acting Multicultural Affairs Minister Alan Tudge acknowledged there were some instances of racism against people of Asian descent, but that they were the actions of "a tiny minority of cowardly idiots".

Chinese international student Teresa Wang admitted that she had been worried about racism while studying in Australia, but it didn’t stop her from following her plan to undertake her master’s degree in Queensland after graduating from a colleague in New South Wales.

“There are many reports online with people saying they are afraid of anti-Chinese behaviours, yet I decided to continue my study in Australia.

“I have never experienced racist behaviours [in Australia].” 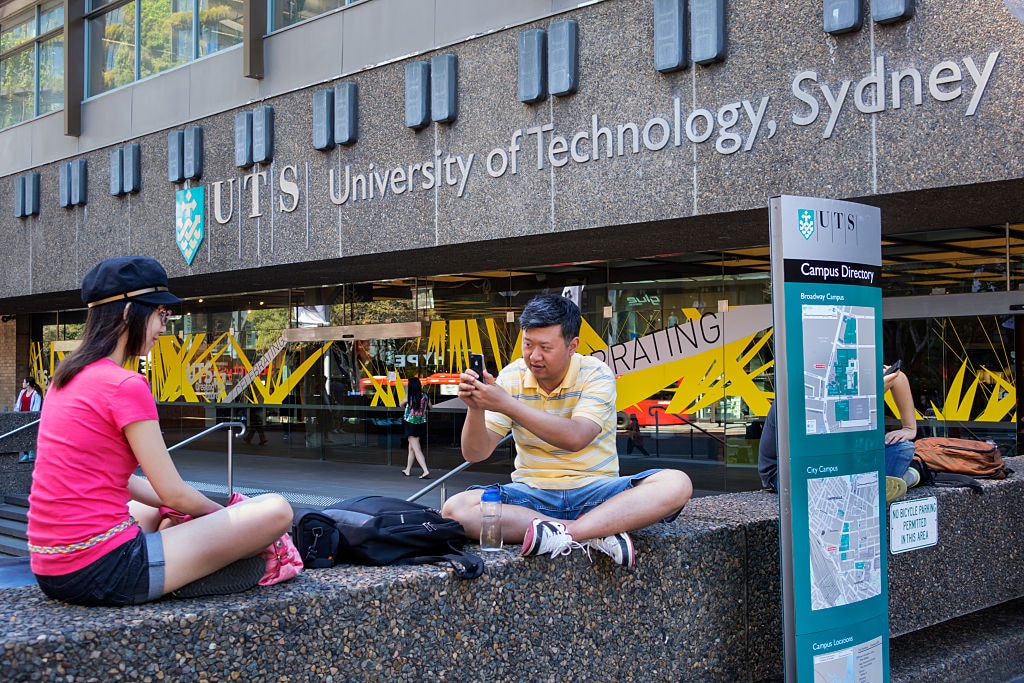 Australian National University student Ning Ning had been studying in Australia for four years before she became stuck in China when a travel ban for Chinese nationals entering Australia was enforced.

She is continuing her studies online. She said China’s warning to students did not have a big impact on her beliefs, as she considered Australia to be among the top three destinations for overseas study.

“I might take the warning into consideration however it will not be a big factor for my choice of future studying,” she said.

“I’m still making my choice based on the field I’m studying and how well I will be doing in the exams."

“I have hardly experienced any racial discrimination personally.”

The recent warning wasn’t the first time Beijing issued an alert to its overseas students.

In 2018, China’s education ministry issued a “safety” warning to students amid political tensions between Beijing and Canberra.

The warning was echoed by the Chinese Embassy in Australia and the Consulate Generals in the capital cities.

Erin Chew, the founder of the Asian Australian Alliance, said while there may be a political motivation behind China's recent statement, it didn't make the rise in racial attacks less true.

"From our report survey over the last two months we have already recorded 385 racist incidents, the experience is not new and racism has existed for a long time."

She said Asian-Australians were increasingly willing to speak out about racist incidents, which may not have been the case in the past.