Ahead of the UK election, Europeans who have called Britain home for years say they feel a rising anti-immigrant sentiment. And combined with three years of Brexit limbo, many are starting to feel unwelcome in the place they call home.

In London, Dimitri Scarlato and Elena Remigi are anticipating the result of this week's UK election with concern. They see the poll as another chapter of limbo, which began with the EU referendum in 2016.

"We had always been 'Europeans' or 'citizens' until the day of the Brexit referendum," says Scarlato, a pianist and movie soundtrack composer. "The day after the referendum we became 'migrants'."

He is a spokesperson of the the3million, a movement advocating the rights of the more than 3,000,000 EU citizens living in the UK. He would not comment the upcoming elections on behalf of the movement, which maintains political neutrality.

"On a personal level, I see the situation as rather negative. I expect and presume, in absence of a miracle, that Boris Johnson will have a majority to go ahead with his political project," he says.

Scarlato has been living and working in London for many years and calls it home.

"For me the United Kingdom, as for so many European citizens, and we are more than 3,000,000, is home. We live, we pay taxes here, we are married, we have companions who are British and we are residents here. This nation is our home."

However incumbent UK Prime Minister Boris Johnson does not seem to agree. On Monday he claimed that EU nationals who made Britain their home have treated the UK like "their own" country for too long. According to British commentators, the anti-immigration rhetoric of pro-Brexit politicians has intensified in the lead-up to tomorrow's UK elections, in which the PM is looking to secure a clear majority and a subsequent strong mandate to continue with his Brexit plans.

But for Elena Remigi, the tone of the conversation and the divisive rhetoric had become the norm long before the election campaign.

"The press, especially tabloids, insisted on the fact that the European citizens – actually we were no longer called citizens but 'European immigrants' – were stealing British jobs. Every day headlines described us 'others' with respect to the British. It created a narrative of the 'us' against 'them' and the climate has become for us very heavy," she says.

Remigi was born in Milan and is a UK-Italian citizen. Working as an interpreter, she has been living in the UK since 2005 with her husband and her son.

After the 2016 referendum she launched the In Limbo Project, which collects stories about the uncertainty, fears and trauma that people affected by the Brexit are experiencing. And they are not only EU citizens living in the UK, but also British nationals that made EU countries their homes. 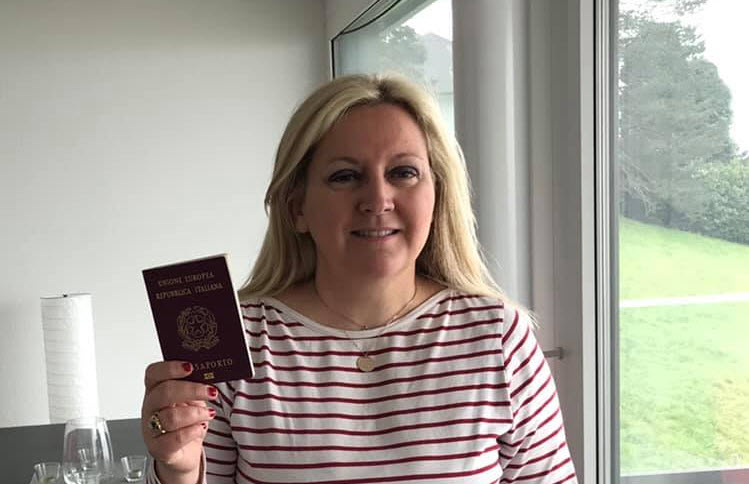 In the lead-up to the election, a common theme of concern is uncertainty about the future, particularly whether Boris Johnson's Brexit bill will be implemented if he wins:

"European citizens have been offered a settlement scheme, but it is not even a real piece of legislation, rather it is set in 'secondary legislation' that can be changed at any time in the future by the government without requiring Parliament's approval," she said.

"There is a sense of betrayal on behalf of a nation that we have considered our home... both us and UK citizens living in the EU feel like pawns used by the government to get a better exit deal with the EU."

The stories In Limbo Project has collected are also small personal ones. From a letter to Santa written by a child, asking for his mum to remain in the UK, to those ones expressing real fear about the present political climate and anti-immigrant sentiment.

"Many people talk about the difficulty and fear of going out in public and speaking Italian or Polish. Eastern European communities especially are the ones that have been targeted."