COVID-19: Here's everything about Deltacron and XE variants

Australian health authorities are on alert after New South Wales and Queensland reported their first cases of 'Deltacron' last week. NSW also reported a recombinant infection of BA.1/BA.2, but authorities are still not calling it 'XE' for a reason. 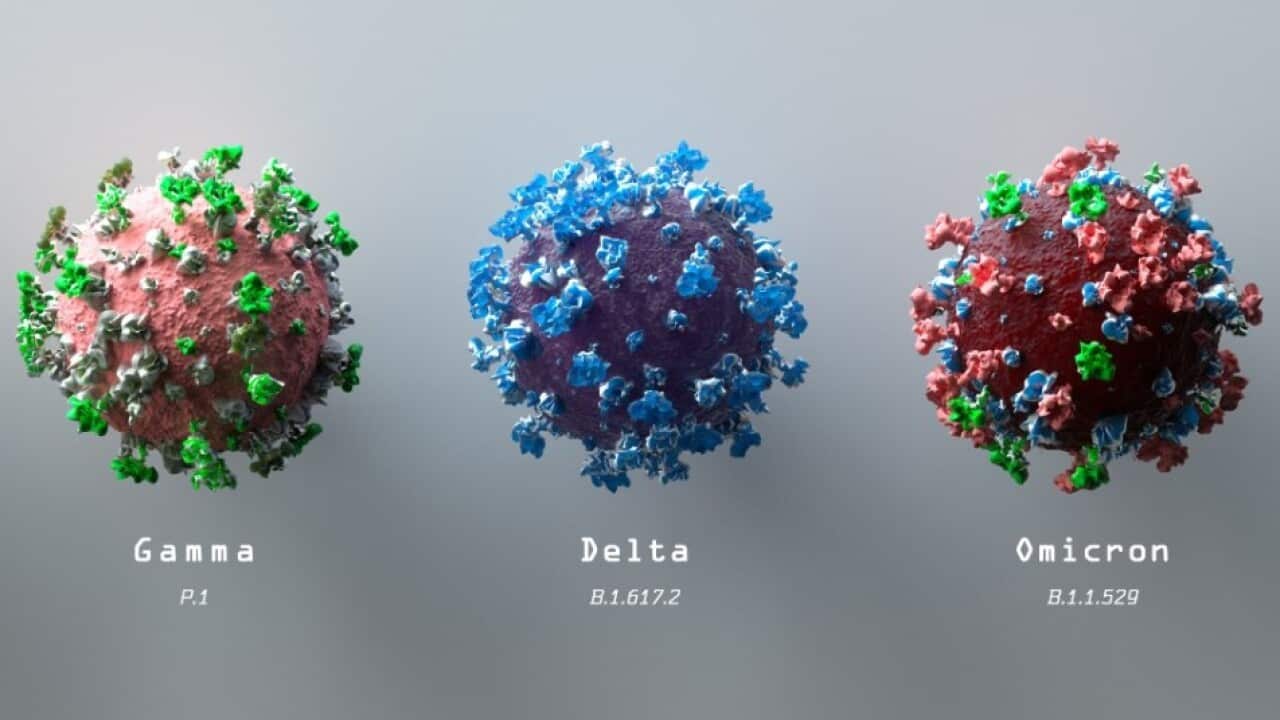 The World Health Organization (WHO) believes the XE variant could be 10 per cent more transmissible than the BA.2 strain of Omicron. Source: Getty Images/Andriy Onufriyenko

Recombinants are not unusual occurrences when several variants are in circulation.

Advertisement
How are Deltacron and XE different from Delta and Omicron?

Deltacron and XE are recombinants.

Deltacron contains genetic material from Delta and Omicron viruses, whereas XE is a hybrid of two Omicron sublineages, BA.1 (the original Omicron strain) and BA.2 (the stealth strain).

BA.2 is more transmissible than BA.1 and is currently responsible for more infections in Australia and some countries. The current BA.2 wave in some Australian states is expected to peak in mid-April.

The World Health Organization (WHO) has now started to monitor BA.4 and BA.5 in addition to BA.1.1 and BA.3 strains of Omicron.

Dr Maria Van Kerkhove, a leading expert at WHO, said they know about Deltacron, but there are 'very low levels of detection.'

Professor Dominic Dwyer, a medical virologist and director of Public Health Pathology, New South Wales Health Pathology, said a recombinant virus, such as Deltacron, is not intrinsically more worrying than the individual Delta or Omicron viruses.

"In the absence of any clinical data on the impact of Deltacron, one wouldn't worry but continue to survey for such variants. They have been rare to date. Anyway, Delta is fading in many countries such as Australia," Professor Dwyer told SBS.

The World Health Organization (WHO) believes XE, which was first detected in the UK on 19 January, could be 10 per cent more transmissible over BA.2, but more research is needed. The WHO has classified XE recombinant under Omicron.

NSW authorities also reported a recombinant case of BA.1 and BA.2 last week, but they are still not calling it XE.

Professor Dwyer said there are different BA.1 and BA.2 hybrids, including XE and XG.

"The ones identified in Australia are not XE (seen in the UK and northern Europe). They appear to be rare," Professor Dwyer said.

Are current vaccines effective against Deltacron?

Professor Dwyer said vaccines primarily act against the Spike protein of the virus. Therefore, the spike region (Delta or Omicron) present in Deltacron will most likely determine the vaccine effectiveness.

Health experts say there are not enough Deltacron and XE cases to determine whether the current COVID-19 vaccines are effective against new variants. Source: AAP Image/Richard Wainwright

"This could be good news. However, we should not make the mistake of ignoring Deltacron, and ongoing genomic surveillance of Deltacron is warranted to know how this variant is evolving and moving across the borders in Australia and worldwide," Dr Bhaskar said.

"Besides, there may be more than one type of this variant that's spreading globally as the Deltacron recombinants reported in the UK and US appear to be different from the recombinant reported in France," he added.

Are current vaccines effective against XE?

Professor Dwyer said that given that the Spike protein in XE is from Omicron, the vaccines should work.

"But to be fair, there isn't enough data to know for sure. These recombinants are uncommon so far," Professor Dwyer said.

Dr Van Kerkhove said the virus is still with us.

"It is circulating at a really intense level, and we need to use all of the tools we have at our disposal. These tools are vaccine and, more importantly, vaccination," she said.

"We need to make sure that when it's your turn, you get vaccinated and receive the full course of the doses you need. We need to follow other measures like physical distancing, wearing a mask, avoiding crowded spaces and opening the windows and doors when you are inside," she added.

Dr Bhaskar didn't deny the possibility of more Deltacron or XE cases circulating in New South Wales because of the non-random nature of the current sampling.

NSW currently prioritises whole-genome sequencing for patients admitted to hospitals and ICUs in the state.

If you have any of the following symptoms, call emergency services on 000 immediately and tell the phone operator you’ve previously been diagnosed with COVID-19.

If you experience other symptoms after recovering from COVID-19, get in touch with your GP or other health provider (source: Healthdirect).

SBS is committed to providing all COVID-19 updates to Australia’s multicultural and multilingual communities. Stay safe and stay informed by visiting regularly the
SBS Coronavirus portal, with the latest in your language
.