A variable loan offers more flexibility and comes with redraw and offset facilities, whereas a fixed-term loan keeps the interest repayments stable during the fixed term. But if you need to break the fixed term, the extra cost may be significant.

When taking out a home loan, you are asked to choose between a fixed-term and a variable rate loan.

While one may seem more attractive than the other on a given day, it’s important to consider your circumstances and finances while making a decision.

A fixed-rate home loan is where you take out a loan from the bank at a fixed interest rate. This interest rate will remain the same and won’t be affected by changes made by the Reserve Bank of Australia (RBA) for the fixed term agreed by you and your lending institution, usually a bank.

Most banks offer a fixed term of one to four years, and the interest rate on your loan during this term remains the same, even if the RBA has increased or reduced it. When taking out a home loan, most lenders would ask you to choose between a fixed-term and a variable loan.
Getty Images/ Ariel Skelley

“You now know what the interest rate will be for the next three years, and the Reserve Bank rate changes will not affect your loan,” says mortgage broker Peter Ruddock.

The bank wants you to pay your loan off over 30 years because they make a lot of interest out of you.

A fixed-term loan can be beneficial as it protects you from any potential increase in home loan interest rates in the short term. But at the same time, if the interest rates happen to drop, you’re stuck with what you have.

Most banks allow only a certain amount of additional repayment each year before you incur a fee.

A variable loan offers more flexibility to repay the loan faster by making additional repayments, and you can access the surplus money in your loan account if you need it.

“If you pay more, you can obviously pay off the loan sooner. And if you’ve built a buffer or extra payments, you can withdraw that amount out of the loan, which makes this like a savings account,” says Mr Ruddock. 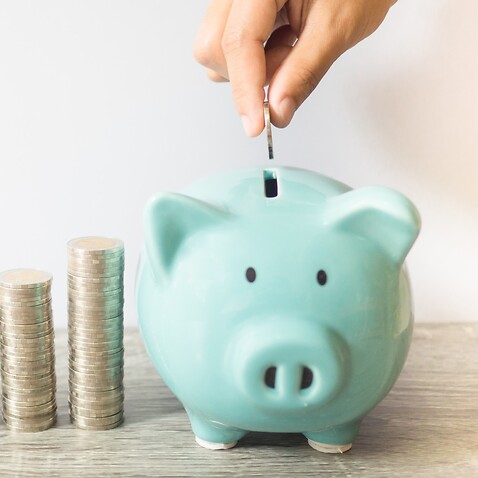 However, the interest rate can go up and down.

If the bank reduces the interest rates, you can continue to pay a higher amount, which is one way a variable loan helps you repay your loan faster. But on the other hand, your repayments could increase if the rate goes up.

This could potentially be a problem if you are unable to repay a higher instalment.

A variable loan mostly comes with an offset facility, a separate bank account where you can keep your money and access it when required, as you do in a transaction account.

But the benefit of an offset account is that the balance offsets interest on your variable loan.

“Those mortgage offset accounts or redraw accounts provide you the facility to build up surplus funds, reduce the interest you’re paying on your mortgage because you’re paying the amount down,” says Kevin Davis, Emeritus professor of finance at Melbourne University. 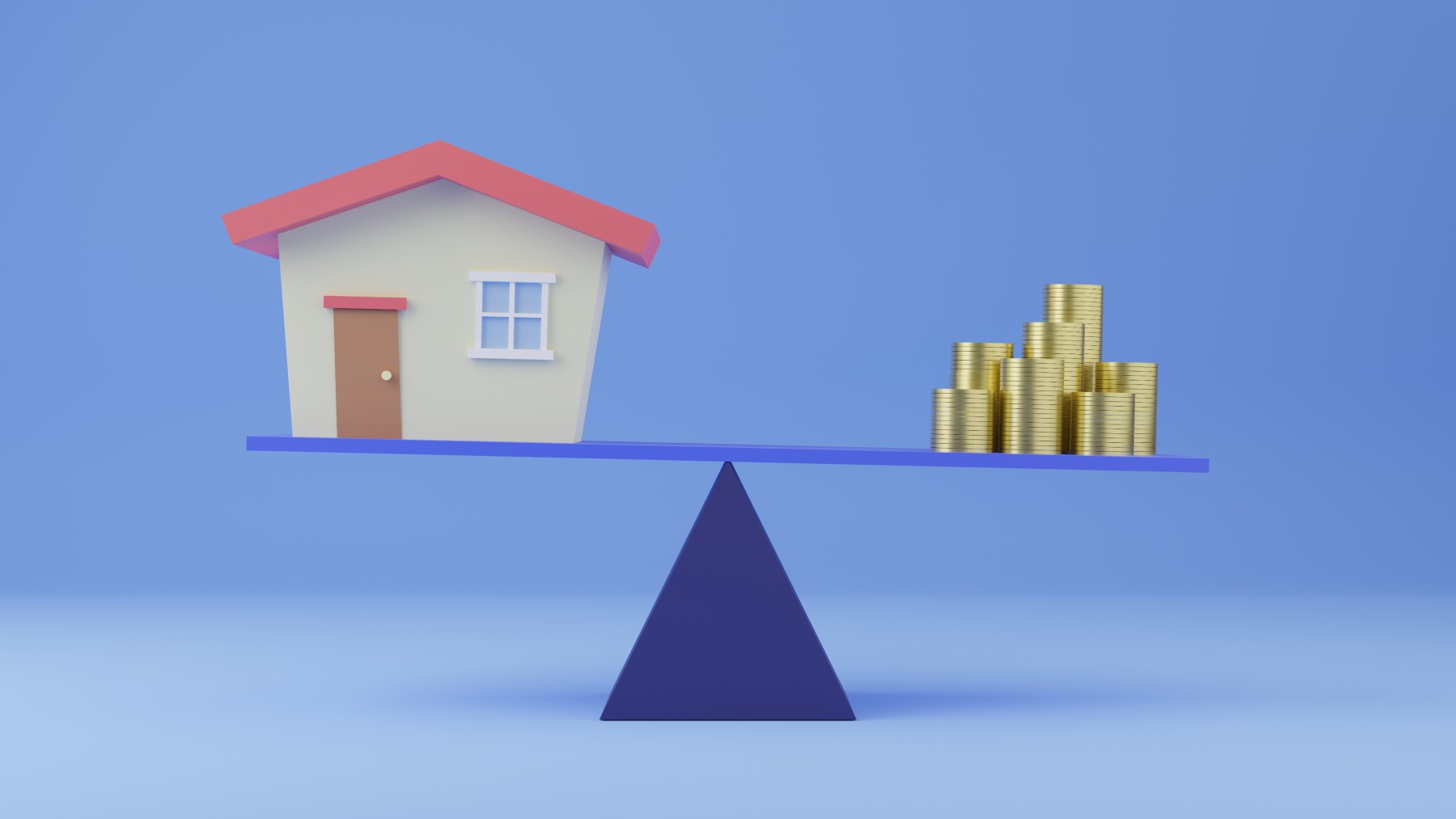 If you are borrowing more than 80 per cent of the value of the house, your lender will ask you to get a lenders mortgage insurnace.
Getty Images/OsakaWayne Studios

Many lenders offer to split the home loan between the two. This is particularly helpful if you can't decide what works best for you.

Having both a fixed-rate and a variable loan gives you the benefits of both. You can split your loan in a way that best suits you and choose to go with a 50:50 or 60:40 ratio, or whatever figure works for you. 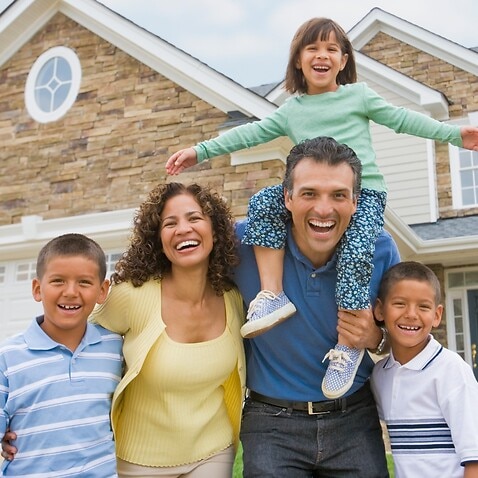 Australia's lending laws may be relaxed, but here's why it's important to borrow responsibly

With the stability of interest rates for the loan term, going with a fixed-term loan may look attractive. However, if, for some reason, you need to break the fixed term or foreclose the loan, it may come with a financial cost.

This is based on the interest rates at the time of the swap, which could be higher or lower than the rate you were locked in at.

“If the lender got you locked in at three per cent interest rate for another two years and you wanted to break out of that fixed-rate loan, and the bank can now only sell the money to someone else at two per cent, they are missing out on that one per cent of whatever your loan amount is,” says Mr Ruddock.

“So they are going to charge you as a penalty to get out of your fixed-rate loan that one per cent times the remainder of your term.”

At the moment, we are the lowest interest rates there’s ever been. So if you lock in now, the only probable rate movement is upwards from where we are now.

On the other hand, if interest rates have gone up and you wanted to opt out of your fixed-term, the bank wouldn’t have an issue lending that money to another borrower because they had you locked in at a lower rate.

The Lenders Mortgage Insurance protects a lender from defaulters – those who can’t pay back the loan.

Most lenders would require borrowers to take out a lenders mortgage insurance if they are borrowing more than 80 per cent of the purchase price.

“One of the problems with it is you, the buyer, ends up paying that insurance, but it doesn’t insure you against anything. It simply insures the bank if you default on the loan and they can’t get their money back from you, they will get their money from the insurance company,” says Prof Davis.

For more information, go to the government's Money Smart website. Wealthy or not, here's why everyone should have a will 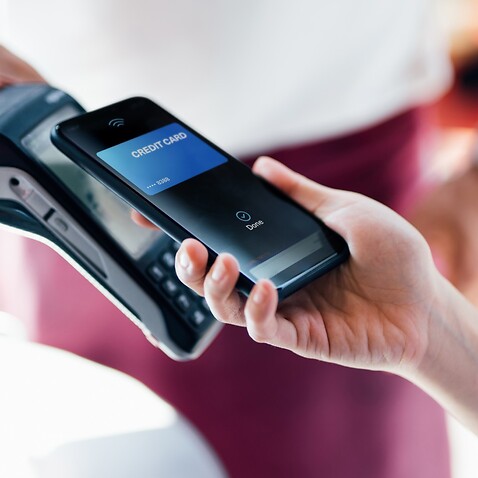