At a reception to celebrate the renaming of Leichhardt's central precinct to Little Italy earlier this month Italy's Democratic Party Senator, Francesco Giacobbe, was visibly proud of the achievement.

"The symbolism behind the renaming to Little Italy is very important because it reminds us that our parents and grandparents arrived to this country and with their hard work, with their determination, they contributed to not only the lives of their families but also to make Australia a modern and multicultural country," he told SBS Italian at the event at Leichhardt Town Hall.

"They left us a heritage that we can't forget, so when we think of Little Italy we must remember the lifestyle, the contribution they gave and we need to uphold these values as an example for the newer generations of migrants," Mr Giacobbe said.

Labor Leader Anthony Albanese was also present at the function and spoke enthusiastically about the renaming. 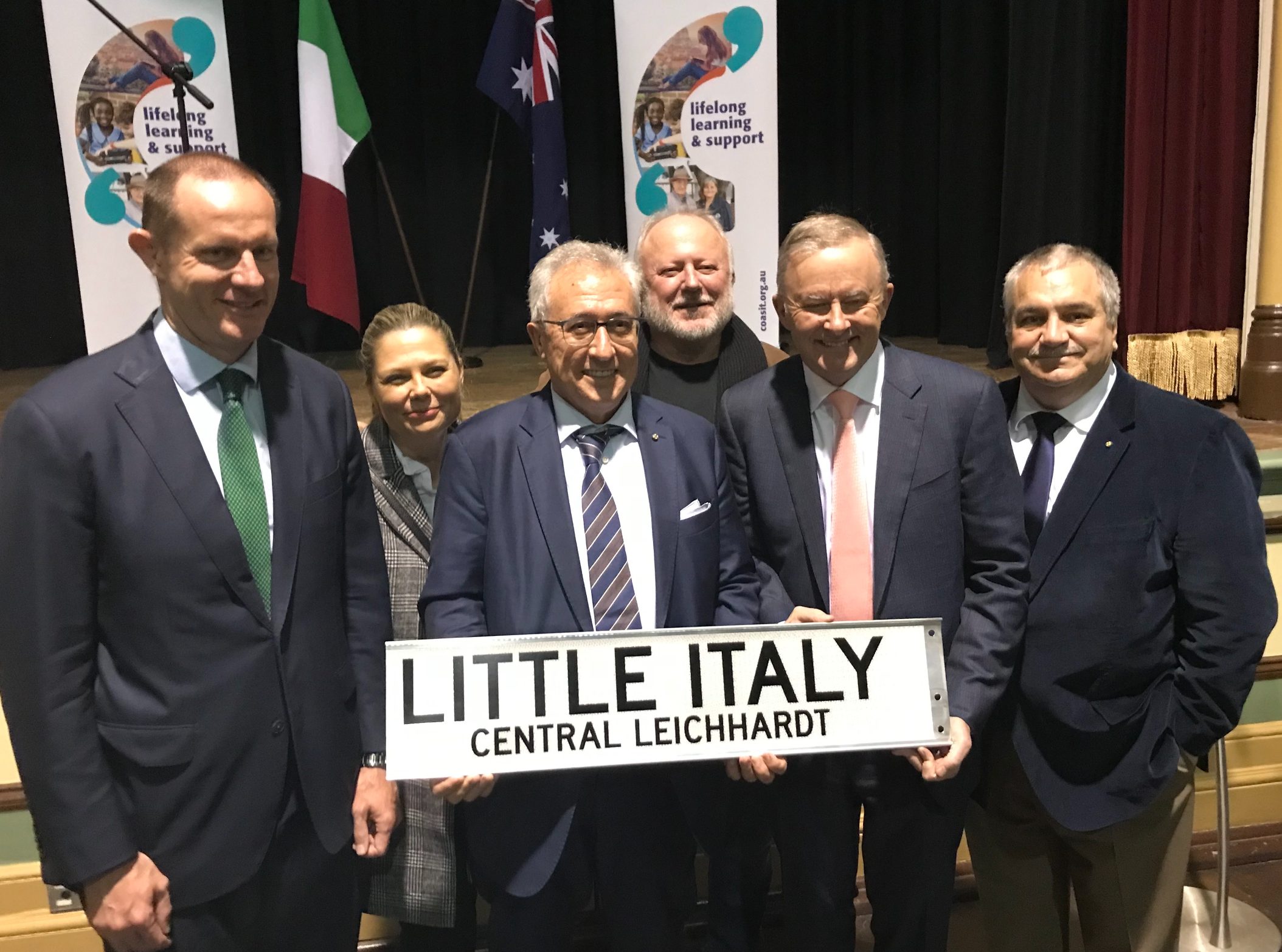 "It has been a 'little Italia' for a very long period of time and the Italian community here has made such a strong contribution.

"I’m very proud to be a part of that community and to represent it in our national Parliament," he added.

The event, held on the 11th of June, had been organised by the Inner West Council and Co.As.It. Sydney, an Italian cultural support association and came a year after it was decided to rename the precinct.

Inner West Mayor, Darcy Byrne, hosted the event and spoke about his passion for multiculturalism and the history of Italian migrants in Leichhardt.

"The Inner West is the birthplace of Australian multiculturalism and Leichhardt is the homeland of Italian-Australians so this symbolic act of recognition — the renaming — is about demonstrating respect for the heroic contribution that so many migrants have made and also about making sure that in the future our children and grandchildren will continue to learn the stories of the migrants who helped build Leichhardt", he told SBS Italian. 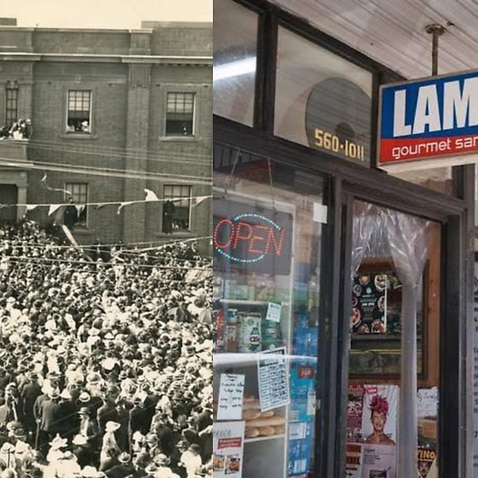 Junie Ye decided to open the Junie Cosmetic Tattoo clinic inside the iconic Italian Forum in Norton Street a year ago.

'There are not many restaurants left'

She says her appreciation of Italian culture made her decide to set up her shop inside the Forum but concedes the area is not what it used to be.

"I wish the forum was still popular like it used to be," she told SBS Italian.

"Many people remember how busy this place used to be, how busy the restaurants were there, about 16 years ago.

"Sometimes I’ve got people walking past, coming to my door and they get really passionate and say, ‘what happened to this place?’ And I say ‘sorry, there are not many restaurants left’." 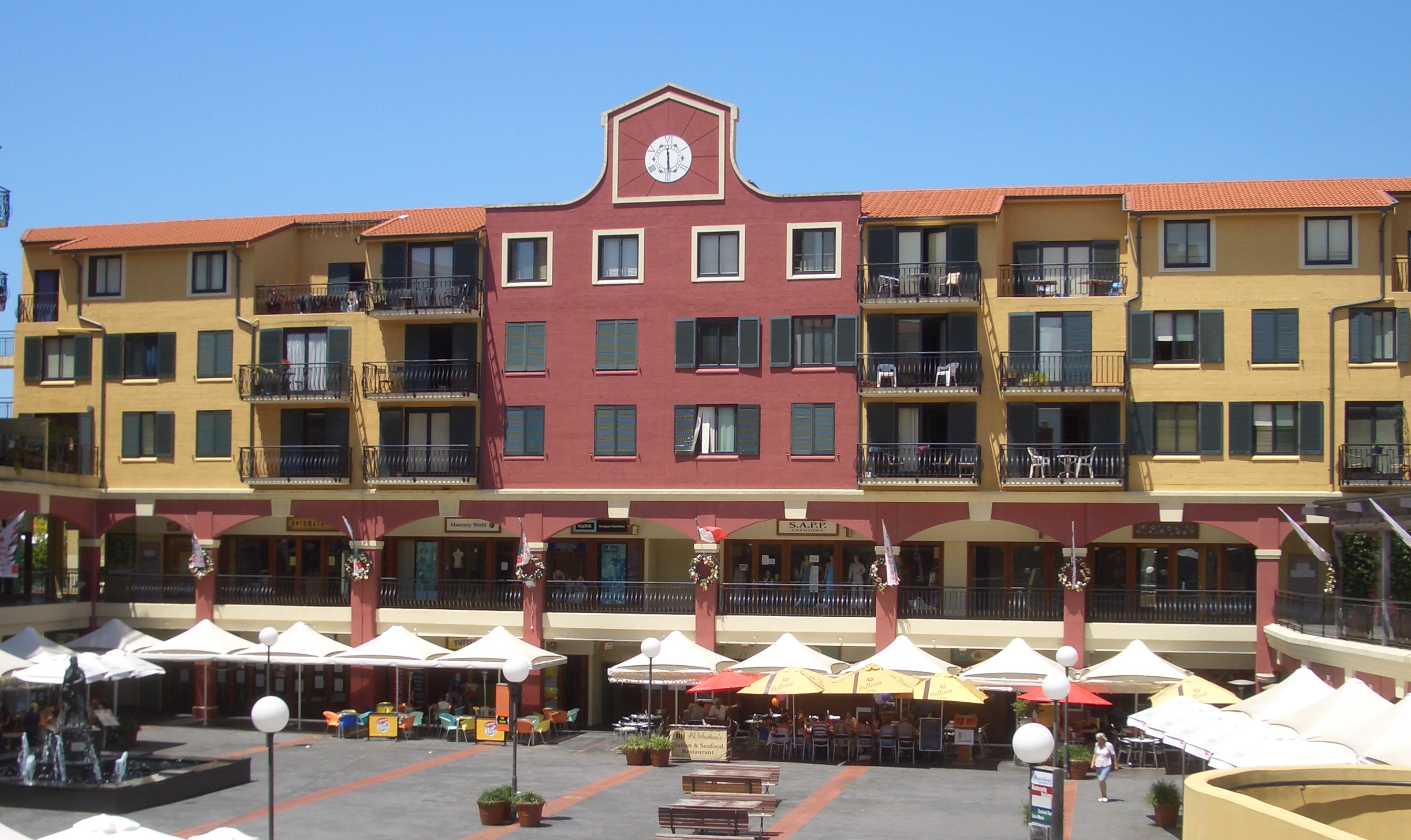 The Italian Forum in Leichhardt, a few years ago.
J Bar/ Wikimedia

"People remember those Italian restaurants in the Forum. They used to come to the Forum for the music, for the restaurants, the gelato, and they miss all that".

Junie hopes the renaming may help bring more tourists to the area.

Giovanni lives in Five Dock in Sydney, where there is a large community of Italo-Australians.

He welcomed the renaming to Little Italy but pointed out that Leichhardt is not the only suburb in Sydney with a rich Italian history.

The suburb of Carlton in Melbourne has also been named Little Italy and other nationalities, too, have theirs.  The Sydney suburb of Harris Park, for example, has been temporarily designated as Little India.

"The renaming is a way to recognise the Italians who arrived in the 1940s and '50s. It's a symbol of the Italian contribution, as it has also been for Haberfield or Five Dock," he told SBS Italian radio during a live debate.

According to Giovanni more should be done to recognise the contribution of younger Italo-Australians.

"Third and fourth generation Italians are giving a strong contribution to Australia right now but their contribution is never recognised," he said.

According to another talkback caller, Fernando, Leichhardt has lost its Italian identity.

"If you walk down Norton Street, you will find two or three Italian restaurants while the others are mostly Asian. This can give you an idea of how much things have changed," he said.

"I believe that this move is to, on one hand, help the local business here, but at the same time there is a risk of falling into a stereotype and for this to become a place where people can go and eat 'spaghetti with meatballs'".

He said it risks promoting a stereotyped version of Italian culture.

"It reminds me of Little Italy in New York. The Little Italy where many mafia movies are set. Perhaps this could mean something to the broader Australian community, but not to an Italo-Australian.

"I believe Italians contributed is a lot more than this.

"Also, if an Australian wants to get closer to Italian cuisine and culture, it's possible to find a couple of Italian restaurants in most suburbs in Sydney". 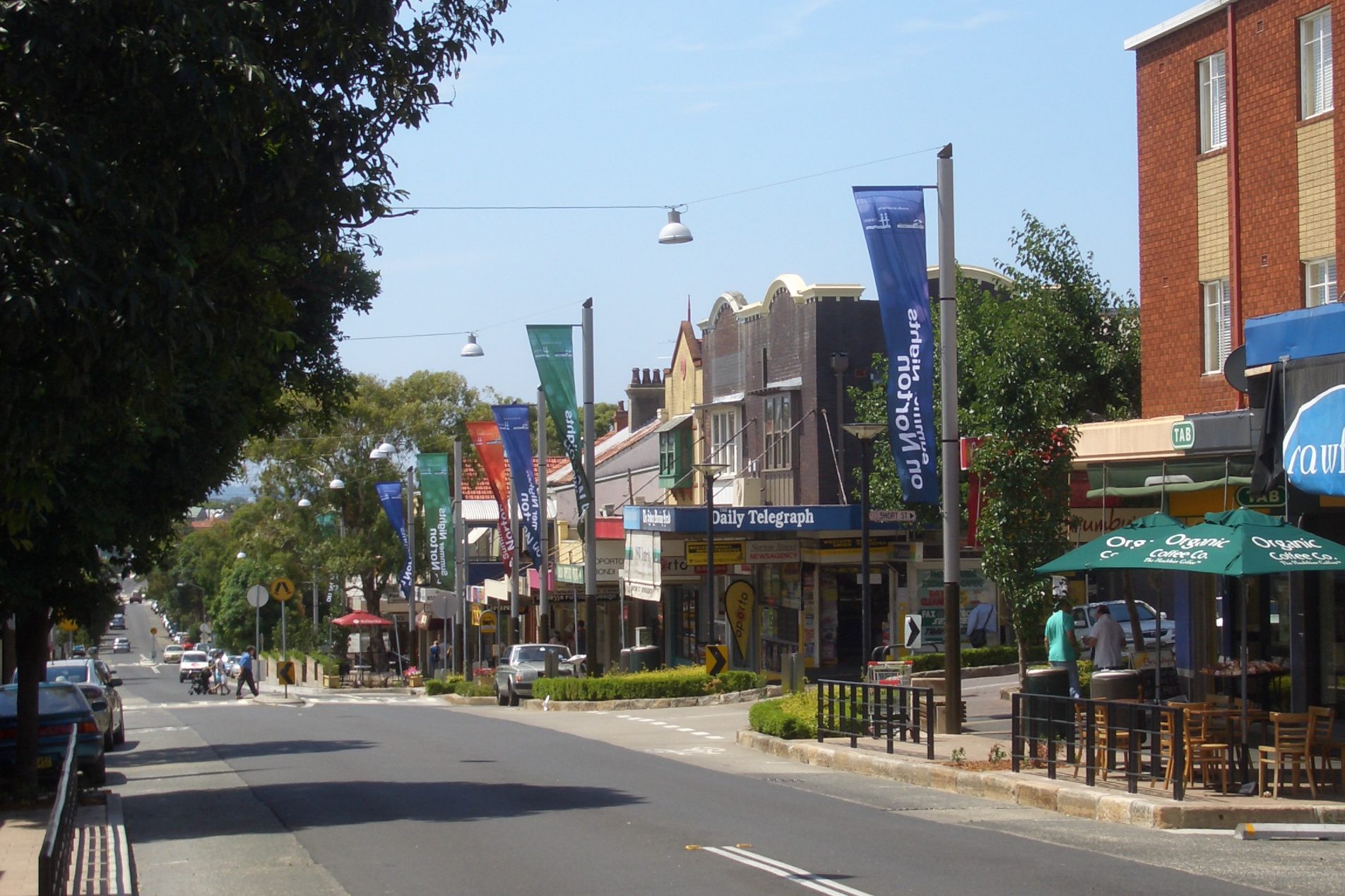 Thomas Camporeale, General Manager of Co.As.It., admits the renaming is not necessarily the celebration of where Italians live today.

"There are always critics who would argue that this should have been done many years ago or that Leichhardt is not the most Italian place in Sydney but that’s not the point," Mr Camporeale told SBS Italian.

"For me, the point is honoring the fact that Leichhardt has played such a central role in the development of the Italian community in Sydney".

In the 1950s and 60's Leichhardt became an established business area for a variety of Italian businesses - including real estate and travel agents, taxation agents, driving schools, law firms, pastry shops, bridal and gift shops, butchers and delicatessens, furniture and clothing shops, as well as restaurants and cafes. 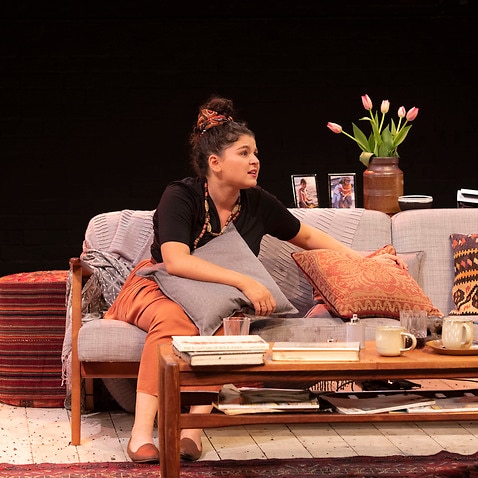 "Leichhardt had the first (Italian) coffee shop, the first bakery, the first pastry shop, shops that sold children's clothing, shoes and fashion and I think many Italian-Australian have that vivid memory of Leichhardt and the association that Leichhardt has with culture and community," said Mr Camporeale.

He says it has a long history with the community for different cultural reasons.

"Leichhardt is also the spiritual home of the Italian community with the St Fiacre and Immaculate Conception Church, the San Francesco Association and the Franciscan Friars. I think we’ve all attended weddings there, we’ve been married there, our parents were married there, we were baptised there," he said.

"It’s also the sporting home of the community. It’s where the Apia Club the Associazione Polisportiva Italo-Australiana, the APIA Club has its home, it’s where the Appia soccer team still resides today." Rachele O'Reilly, one of the organisers of the Norton St Italian Festa, was born in Italy and moved to Australia with her parents when she was a young child.

She has fond memories of Leichhardt.

'Much more diverse than it used to be'

"My first home was in Leichhardt, in Norton Street, on top of my uncle’s delicatessen. I have such lovely memories there and it’s wonderful that we are recognising it now as Little Italy.

"I think that the foundations are still there but it’s much more diverse than it used to be, of course.

"We have many different cultures living here now — but still, the ties are strong".

The area renamed covers Norton Street —from Parramatta Road to City West Link — and Marion Street — from Hawthorn Parade on Balmain Road and was officially renamed in June 2020.

The Inner West Council has been working with the Italian Government, Co.As.It and Italian organisations and businesses throughout Leichhardt to bring new public art, prominent signage and events to the old neighbourhood to celebrate it as Australia’s own Little Italy.

Mr Camporeale explained that due to delays caused by COVID-19, these talks are still in the early stages. 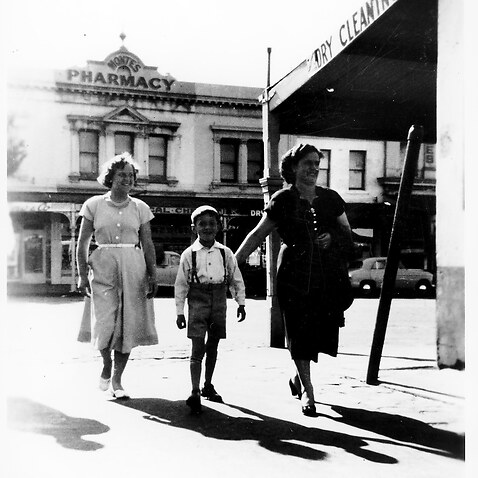 Between Lygon St and Leichhardt, is Australia losing its Little Italys?