Shreyansh Dharmesh Shah, his wife, and their two children couldn't travel to India after testing positive to COVID-19 at Melbourne's Tullamarine Airport three days after Christmas.

Melbourne-resident Shreyansh Dharmesh Shah, his family, and their six friends had booked a SriLankan Airlines flight for Mumbai on 28 December.

Mr Shah said they all decided to do their 72-hour mandatory COVID RT-PCR tests with Histopath Lab at Melbourne airport on 26 December, and their 'Express RT-PCR swab' results were announced in three hours.

"Except for us, the rest of the group was found negative. We were shocked and devastated as this meant we couldn't board the flight and meet our family on New Year. We had not met them for the past three years," Mr Shah told SBS Hindi.

"We returned home and self-isolated. But since none of us had any symptoms, we decided to do the Rapid Antigen Test (RAT) at home. Our results came out negative. Confused, we repeated the RAT, and the results were the same negative," Mr Shah told SBS Hindi. 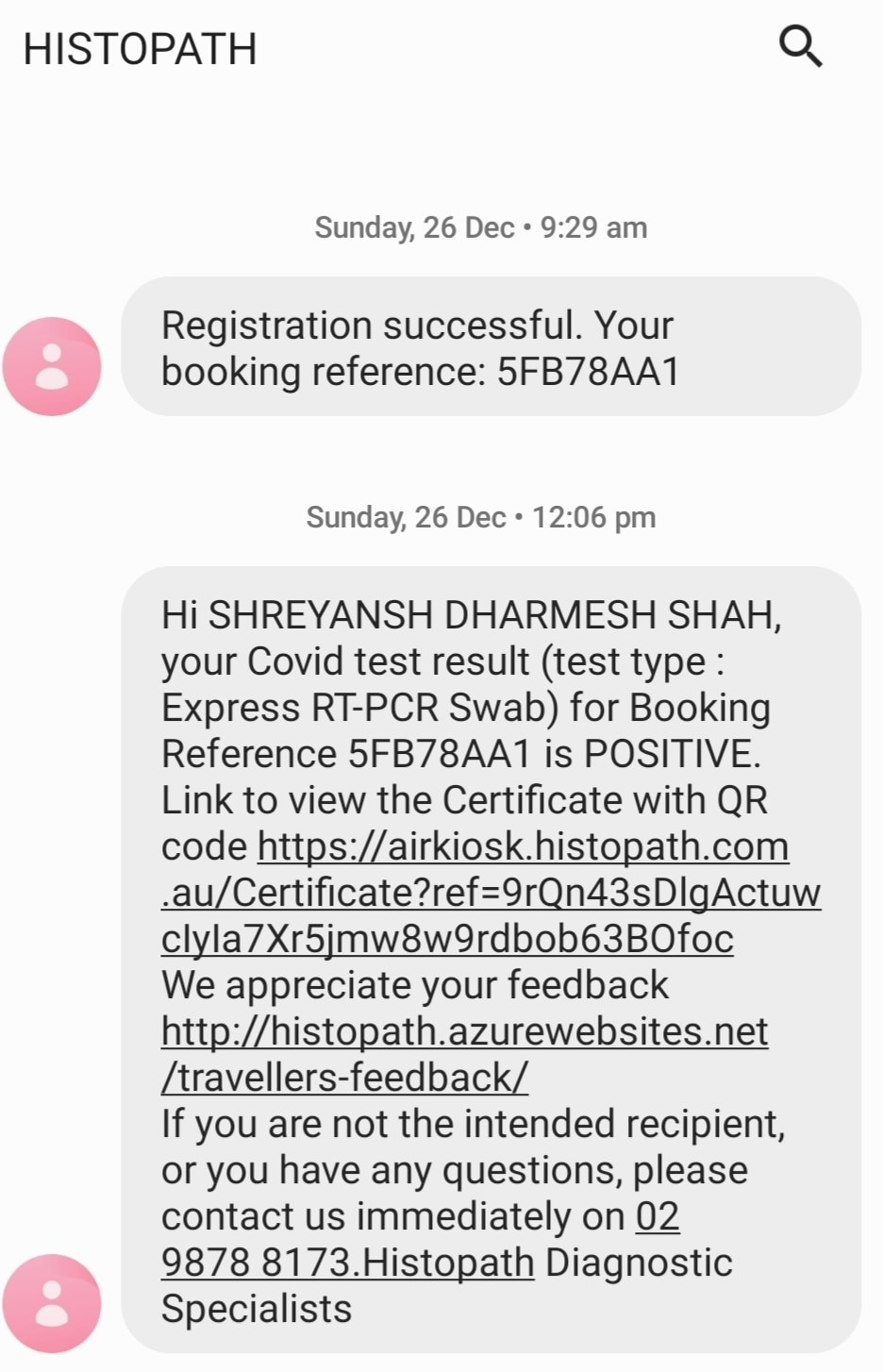 Mr Shah, an Australian citizen who works in the hospitality sector, said they still decided to inform their friends, close contacts and their son's child care about the positive results from the Histopath Lab. 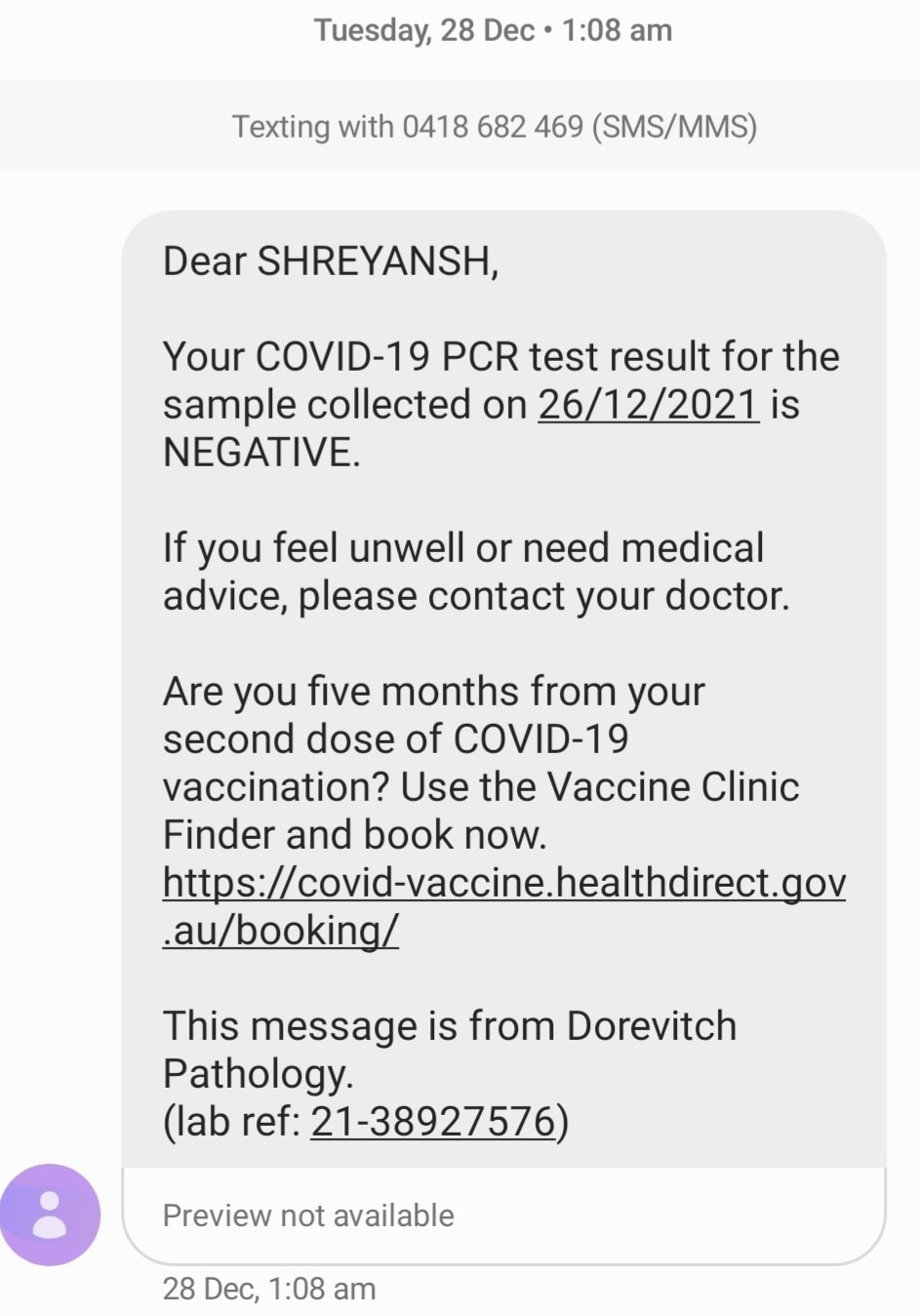 Mr Shah said he travelled to the Melbourne Showgrounds for a drive through PCR test on 26 December and received a negative result two days later.
Supplied by Shreyansh Dharmesh Shah

Mr Shah said the same evening (26 December), he travelled to Melbourne Showgrounds for a drive through PCR test and received a negative result early 28 December.

"Giving two samples on the same day and two different test results is a joke. The virus can't leave your body in a few hours," Mr Shah said.

"We were left confused and shocked as we didn't know what to do. This is absolutely ridiculous as it has played with our emotions," he added. 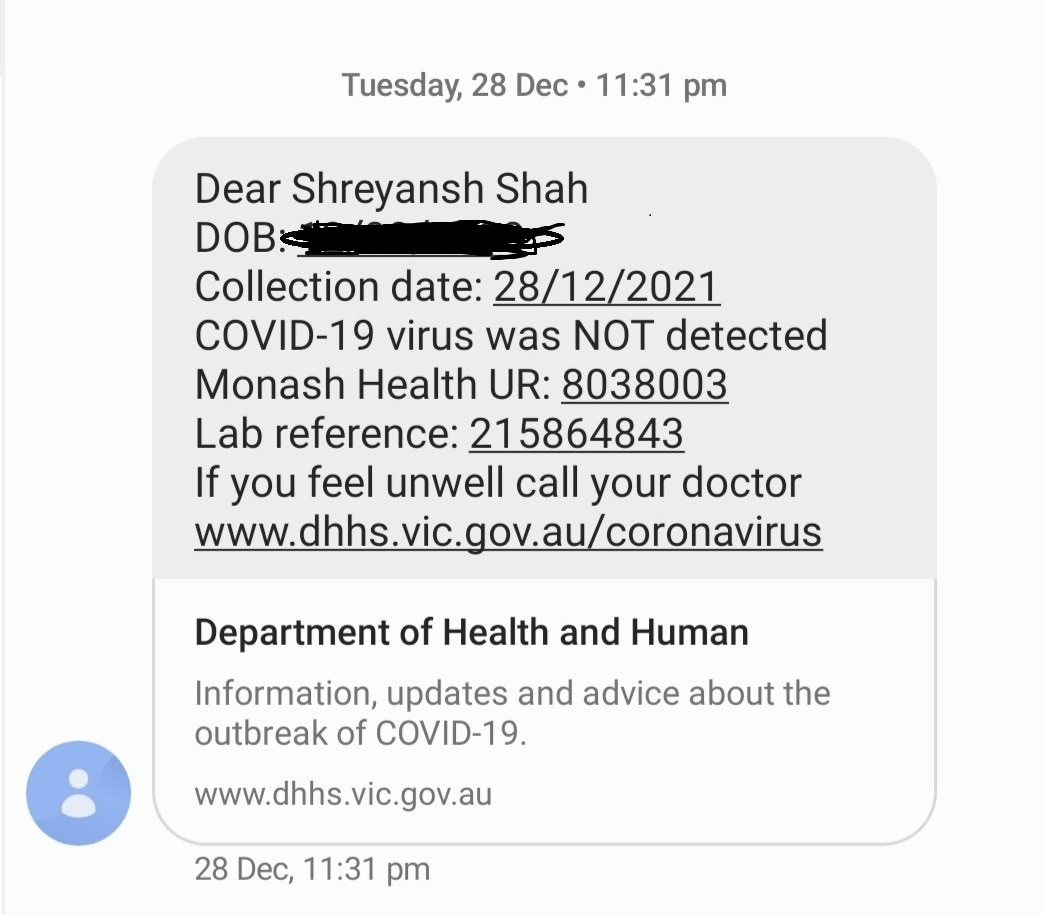 Mr Shah said he took his wife and children to the Monash Health testing centre on Wellington Road in Clayton on 28 December.
Supplied by Shreyansh Dharmesh Shah

Mr Shah said he took his wife and children to Monash Health testing centre on Wellington Road in Clayton on 28 December, the day the family was supposed to take a flight with their six friends to Mumbai.

"All four of us gave the sample in the morning. Then, I went to the Melbourne airport's Histopath Lab and told them that I had been tested negative earlier at the Showgrounds," Mr Shah said.

"I asked them (Histopath) to do a retest on me as I wanted to know what was happening in my body and how I should take care of myself and my family.

"After a couple of hours of arguments and ifs and buts, they agreed to retest me. I was again found positive. So, I went back home and quarantined until I got a negative test result from the Monash centre.

"Again, giving two samples on the same day (28 December) and two different test results is an alarm to the health system of Victoria. This needs to stop straight away," Mr Shah said. 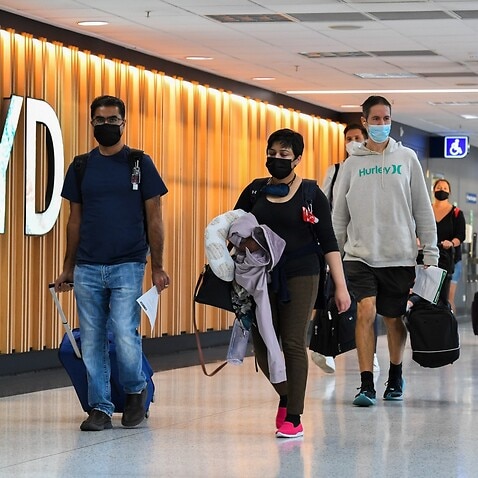 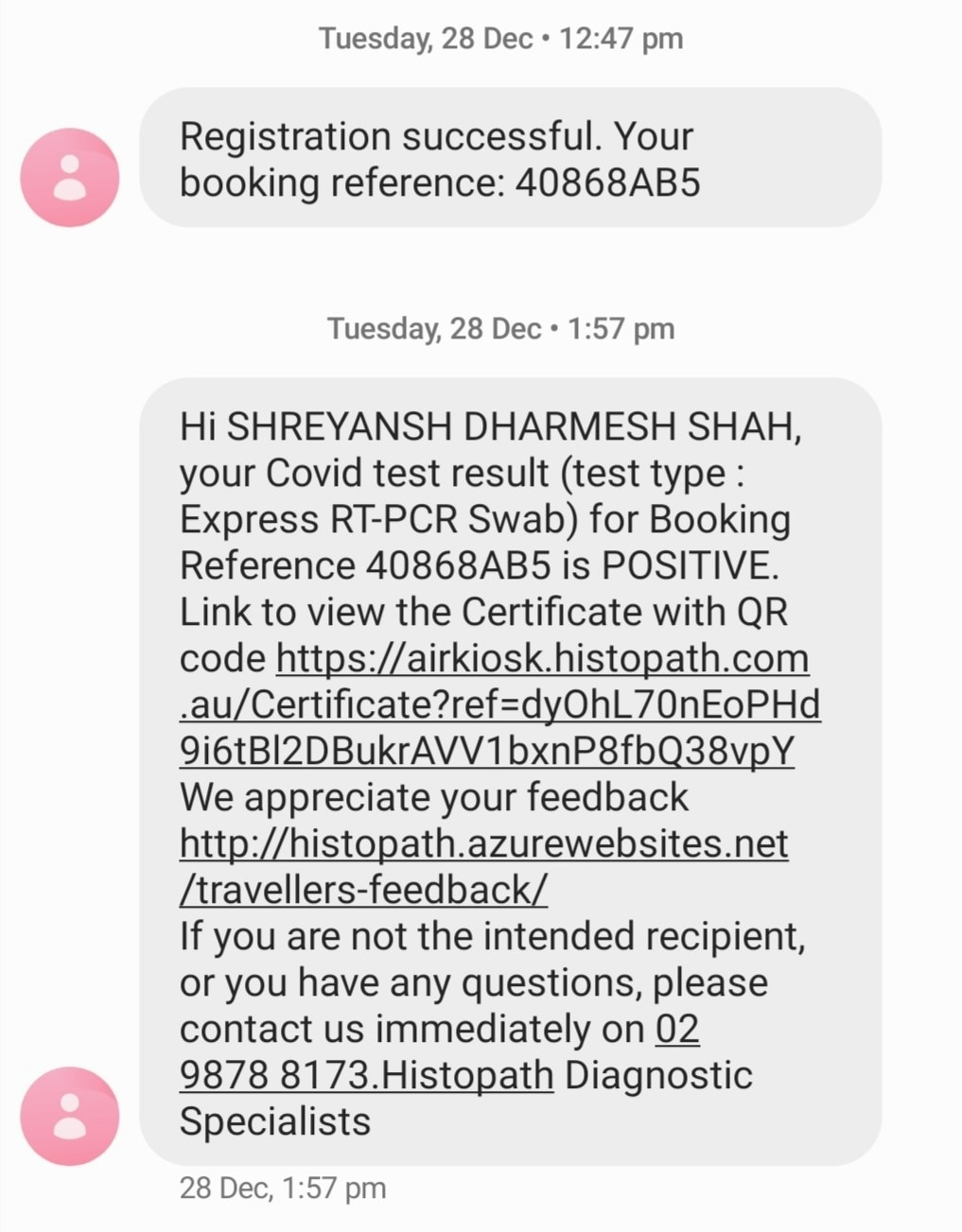 He again tested positive at airport on 28 December.
Supplied by Shreyansh Dharmesh Shah

Dr Chris Douglas, the Medical Director of Histopath Diagnostic Specialists, said they use an instrument named 'Roche LIAT' to perform tests at the airport.

"It's the same instrument used in emergency departments in hospitals and is very sensitive and reliable. We have had several instances where the virus has been found using the LIAT, but testing using other instruments is negative," Dr Douglas told SBS Hindi in a statement.

"Most cases have been either very early infections or late, possibly asymptomatic cases," he said. 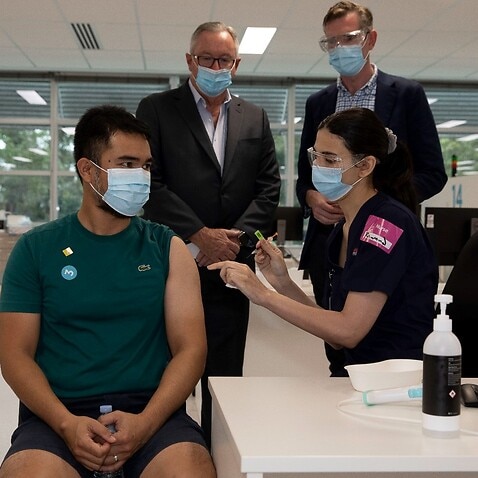 ICU doctor Avinash Sharma asks community to not lower guard against COVID, urges them to get booster dose

On 11 January, Mr Shah said he was still confused about whether they had COVID. "We don't know what's happening to our bodies. But, to date, none of us has any COVID symptoms," he said.

Victoria's Department of Health said it has full confidence in its testing and pathology providers and doesn't comment on individual cases.

It said support is available via the 24/7 coronavirus hotline on tel: 1800 675 398. An online feedback service is also available at http://www.health.vic.gov.au/feedback-and-complaints.