Italy’s language has been globally popularised through art, culture and food, but it would not exist as we know it if not for the influence of Arabic culture.

But he is not the only example of a second-generation Arab-Italian reaching mainstream glory. The world's highest-paid Italian footballer is Stephan El Shaarawy, earning around $25 million per year at his new club, Shanghai Shenhua. His father is Egyptian too.

The influence of Arabs and Arabic culture in Italy goes back to the very beginning of the country, contributing to shaping modern Italian society, culture and language. "Italian literature was born with the Dolce Stil novo [the first Italian literary movement emerging in the 13th century], which derives its style from Arabic poetry," says Lucia Sorbera, Director of the Department of Arabic Studies at the University of Sydney.

"The combination of arts and science that was the basis of the Italian Renaissance has its roots in the history of Arab culture," continues Sorbera, citing the Arabic term (علم الجبر) 'algebra' used both in Italian and English as an example.

Many common Italian words come directly from Arabic, such as 'magazzino' (storage space, warehouse) from the Arabic makhāzin (مخزن) and 'tazza' (cup, mug) from tāsa (طاسة).

Other examples include more old fashioned words still used in certain areas of Italy, such as 'meschino' (poor), which is popular in Italy's south and derives from the Arabic word miskīn (مسكين).

Another word similar to English is 'banca' (bank) which comes from Al Bank (البنك).

While Italy is renowned for arts and science, it is also loved for its food, and many of the most typical Italian ingredients have, in fact, Arabic names.

Likewise, some Italian expressions while not directly translations of an Arabic word, are derived from contact with Arabic culture and language.

For example, to do a 'salamelecco' in Italian means to be so courteous that it is almost over the top. It is an adaptation of the Arabic greeting As-Salaam-Alaikum (السلام عليكم), and comes from the fact that the common Arabic salutation would have appeared more elaborate and courteous than the common Italian standards of centuries ago. But how did the Arab world manage to be so influential in Italy? Essentially, it's because Italy was a part of that world.

The history of Arabic language and culture in Sicily and Southern Italy began with the first Muslim settlement in Sicily, and Arab rule over the whole island began in 902, with the Emirate of Sicily lasting until 1061.

Some footholds were established on mainland Italy too, in particular on the 'heel of the boot' with modern cities of Taranto, Bari and Brindisi eventually declaring themselves emirates independent from Sicily.

However, subsequent defeats of Arab rulers, persecutions of Islamic populations, mass exiles and widespread conversion into Christianity brought an end to the Muslim presence in Italy by the year 1300. It was at that time when Italian poetry, so strongly influenced by Arabic, emerged. 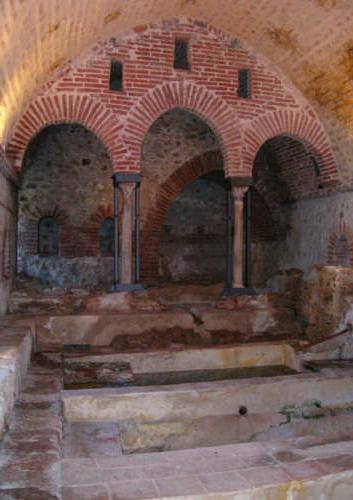 But that was not the end of Arabic influence in Italy.

"If much is known of the glorious past of Sicily between the 9th and 12th century, very little is known about the world of Arab artists and intellectuals starting from the 1970s and often coinciding with the regional political crises, who made Italy their own land of choice, bringing different voices to Italian culture", says Lucia Sorbera.

One leading cultural figure in Italy, according to Sorbera, was Wael Zwaiter, a Palestinian political poet whose history we know thanks to the biography written by his partner, Australian painter Janet Venn Brawn.