Every 26 January Australia marks the beginning of British colonisation in 1788. Calling the beginning of British colonisation “Australia Day” is controversial. For Aboriginal and Torres Strait Islander peoples, January 26 has been protested as a ‘Day of Mourning’ since 1938, and in recent times many have referred to the day as ‘Invasion Day’ or ‘Survival Day’.

Behind the different ways individuals and groups choose to describe “January 26”, the core of the issue is the concept of Sovereignty, which means the inherent jurisdiction of Indigenous Australians over their lands, education, laws, policies, health, etc. that existed before European arrival and was never ceded.

There’s wide consensus about the concept of Sovereignty at the core of Aboriginal and Torres Strait Islanders rights debate. However, amongst Indigenous groups, there are different views about how Sovereignty is recognised.

This is the starting point of Australia’s public debate about Recognition, Treaty, Voice and Truth. These diverse views have shaped the different models of Indigenous recognition that Australia is discussing. 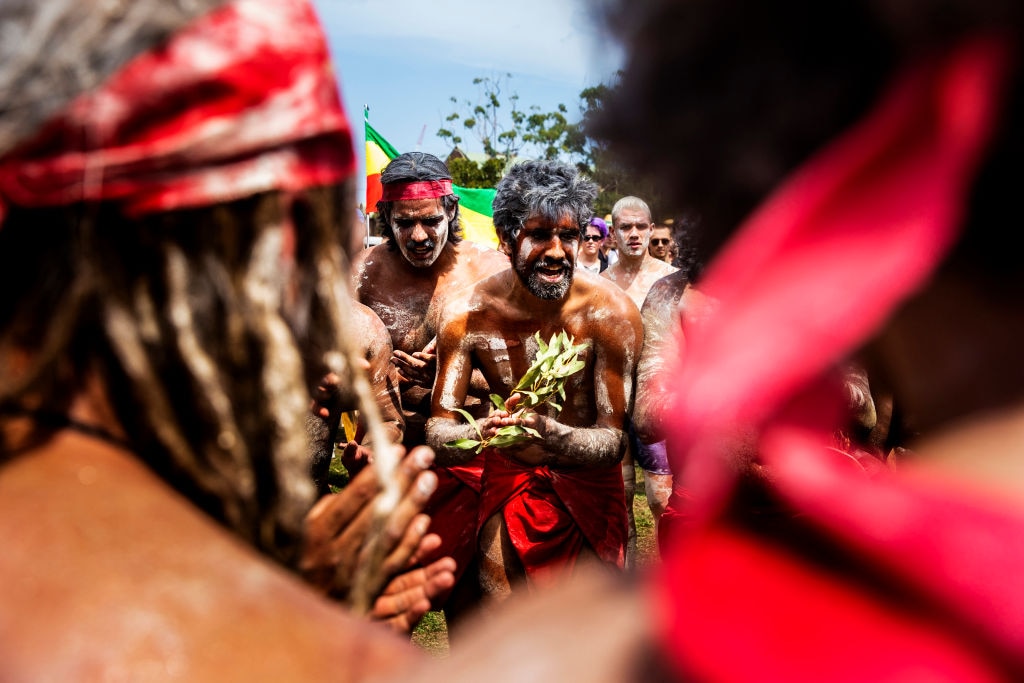 One of the proposed ways of Recognition is changing Australia’s Constitution to recognise Indigenous peoples. The 2020 workings of constitutional change is underpinned by a long list of expert panels, Senate inquiries, constitutional commissions and referendum councils, reports and recommendations made since the 1980s.

One of the most well-known models at the forefront of these discussions is the ‘The Uluru Statement from the Heart’, described as the culmination of 13 three-day dialogues held across the country with Aboriginal and Torres Strait Islander community representatives.

Dean Parkin, the Director of From the Heart, a public awareness campaign for the Uluru Statement, says they are working to build public support for a voice to parliament.

"Our mandate is 100 per cent the Uluru Statement. So voice treaty truth, very much part of our agenda and as I said within that, the idea of a voice to parliament that is representative of Aboriginal and Torres Strait Islander peoples and speaks to the parliament, speaks into Australian democracy and has the protection of the Australian constitution, so it can't be just disbanded like other entities have in the past."

The objective of recognising Indigenous Australians in the Constitution is to give them a 'Voice' that would enable them to influence and make decisions on matters that concern their communities.

But some think that 'Voice' can be achieved by creating a representative body that would become a 'Voice to government' instead of a 'Voice to Parliament', as suggested by Minister for Indigenous Australians, Ken Wyatt.

“So that's who you've got to influence, it's the government. The voice to parliament comes through voice to government," said Mr Wyatt. 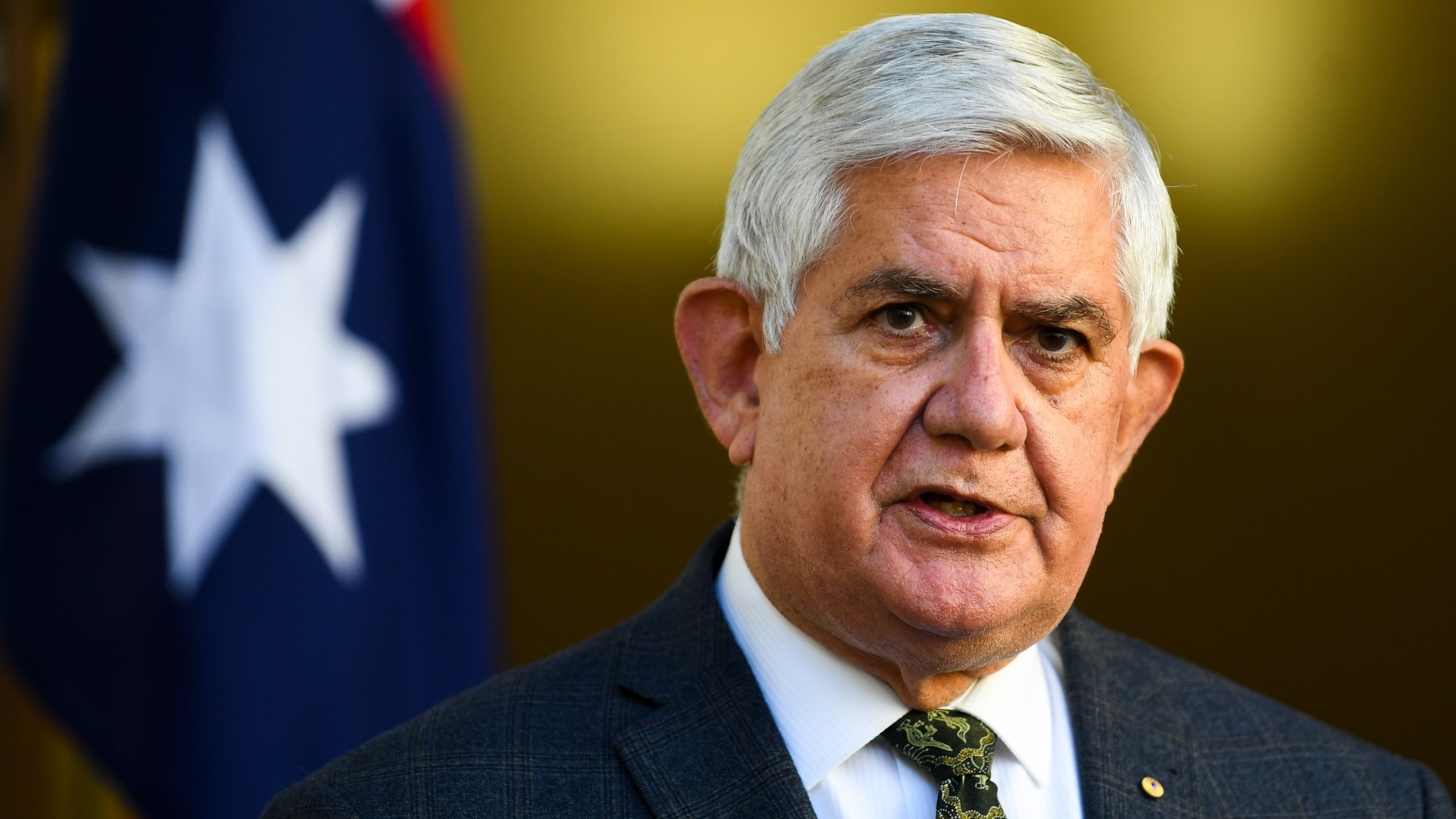 But for Bundjalung and Kungarakan woman, Dani Larkin, Mr Wyatt’s proposal of legislating a body rather than enshrining it in the constitution would be an “unfortunate” and “disappointing” outcome.

"There's been a lot of support with advancing the voice to parliament to a constitutional referendum so that it is protected from being extinguished, taken away with a flick of the pen. I think that would be an unfortunate outcome and quite disappointing for the people that have worked extensively on this, but more so for the elders,” she says.

Another largely debated concept is 'Treaty', which means a formal agreement between the government and Indigenous peoples, that recognises the existence of Aboriginal and Torres Strait Islander nations before British occupation and the subsequent seizure of land and dispossession against First Nations peoples. For many, a national Treaty or states or regionally-based Treaties (instead of Voice to Parliament) should be the first goal as it means recognition of Sovereignty and the beginning of reconciliation and truth-telling, as New Zealand, the United States and Canada did with First Nations peoples.

That’s why a group of Indigenous Australians walked out on the Uluru summit in 2017, including Victorian delegate and Gunnai and Gunditjmara woman, Lidia Thorpe, who is now the senator for Victoria representing the Australian Greens. 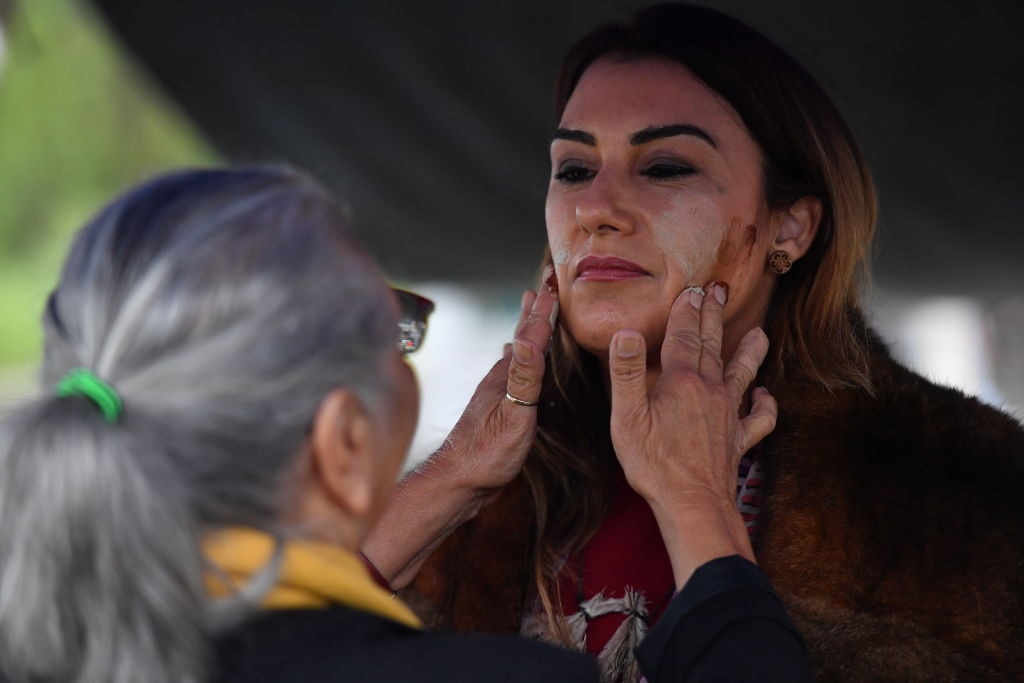 Senator Lidia Thorpe during a smoking ceremony at the Aboriginal Tent Embassy at Parliament House in Canberra.
Getty Images

She believes there would still need to be an inclusive consultation process for every clan or nation.

"It is their right to determine what they want and what they need. I think that we need to ensure that we have respectful conversations with people, and allow people, all people to come to the table and not some invite-only process that locks lots of our grassroots people out,” she Ms Thorpe.

When it comes to sovereignty, grassroots activism has long been the driving power behind bettering Aboriginal and Torres Strait Islander peoples' lives.

Some Aboriginal and Torres Strait Islander youth groups prefer the concept of Treaty and reject the idea of a referendum or Constitutional recognition as it’d mean engaging with the colonial structures they resist to recognise. In their view, the Colonial jurisdiction collides with Indigenous peoples’ Sovereignty and their inherent right of self-determination.

These youth groups are shaping the political landscape through the Internet and social media, as well as coordinating, mobilising and leading protests through the streets to demand change.

On the frontline against constitutional recognition are the Warriors of the Aboriginal Resistance, also known as WAR.

“I guess how it was sort of having dialogues with community and not necessarily going about it in the right ways I think, and also Aboriginal people, that wasn't something we were looking for or wanting to discuss about as well. Treaty was always on the board and always part of the discussion.” 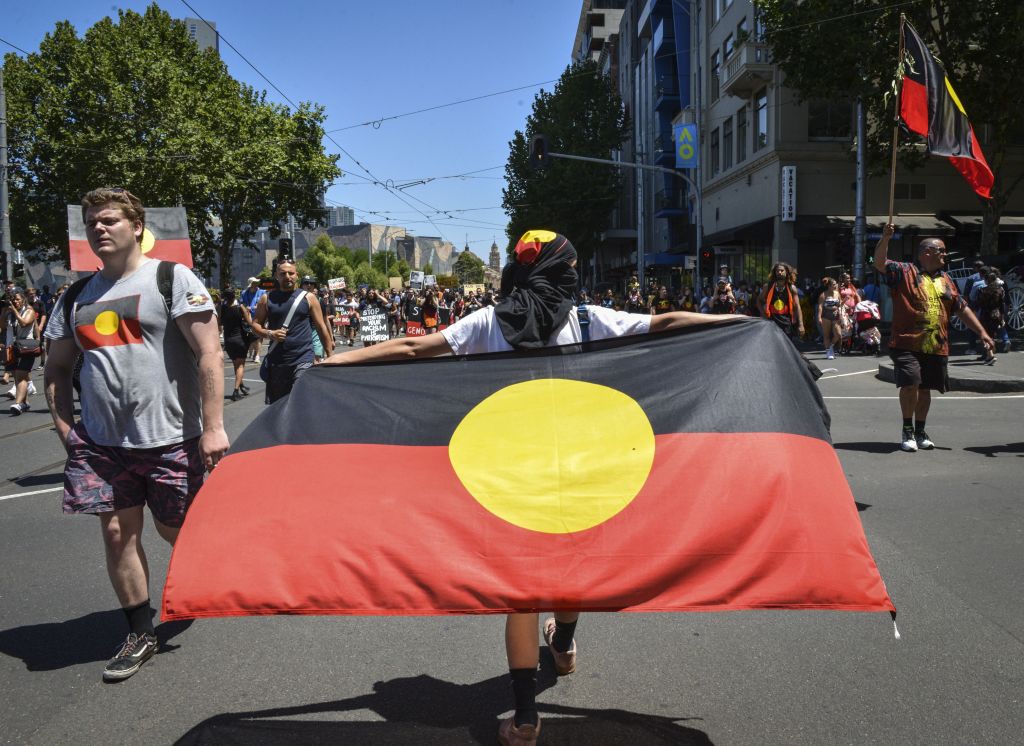 WAR’s official stance is to not engage with colonial structures, but Mr Boe understands the essence of self-determination allows Aboriginal and Torres Strait Islander peoples to make their own decisions in that regard.

Activist, lawyer and chair of the Aboriginal Land Council of Tasmania, Palawa man Michael Mansell believes Aboriginal peoples have a choice to make between symbolic and meaningful recognition.

"Symbolic recognition is the sort of thing that took place in 2007 with the Kevin Rudd apology to the stolen generations," he says.

Mr Mansell details how he would achieve substantial Aboriginal recognition.

"Secondly, I'd get the federal parliament to legislate for a treaty commission, and that treaty commission should take a draft treaty;  I think with those two things it would make a real difference to the lives of Aboriginal people," he explains further.

The federal government has put together three advisory bodies to co-design a ‘Voice’ for Aboriginal people, working at senior, national, regional and local levels. 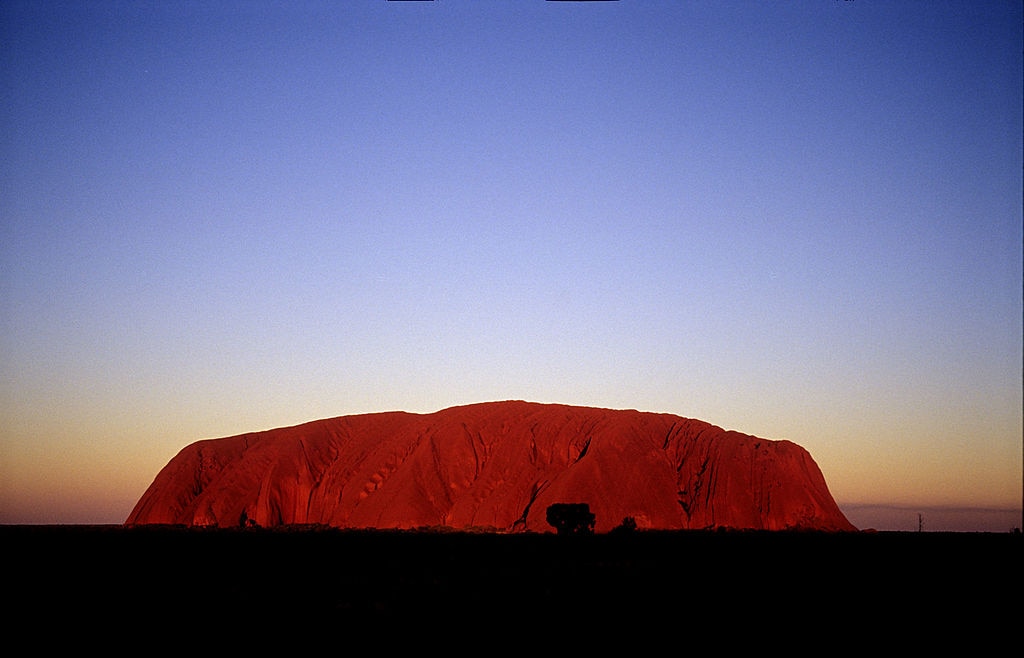 The red rock face of Uluru at sun set, the sacred home for thousands of years of the Yankunytjatjara and Pitjantjatjara people in the central Australian desert.
Getty Images AsiaPac

He explains their role is to present a number of different models to the federal government, who will then determine what shape a ‘voice’ will take.

"We've got the formation of the treaty bodies, but our exercise is not about looking at treaties. Very clearly it's about a voice to parliament."

With the report now finalised, the federal government’s plan is to have the report considered by Cabinet, put out for consultation and then legislated – all before the next election.

For the groups that aren’t willing to compromise on their supported model, Professor Calma says Aboriginal peoples need to take advantage of the opportunity before them.

"I think what we've got to do is to look at the here and now. What can we achieve? What is going to be achievable without compromising on our integrity as Aboriginal and Torres Strait Islander people?

“We've got a prime minister supporting the minister for Indigenous affairs, to want to progress a voice to government and a voice to parliament. And so, we need to capture that, and we need to exploit that while we can."

The advancement of Aboriginal and Torres Strait Islander peoples has been fought for since Europeans landed on Aboriginal shores.

When deciding between the different models of recognition, Aboriginal and Torres Strait Islander communities agree on achieving meaningful recognition at a time in Australian history, when the government that has put recognition and voice on the national agenda.