Social media users suggest switching to the 'Indian toilet etiquette' to people stocking up on dunny rolls in preparation for a coronavirus (Covid-19) pandemic in Australia.

Gautam, an IT professional-turned-comedian attracted many laughs at a gig in Melbourne on Sunday, when he proclaimed that “when it comes to the behind, some are quite far behind.”

Commenting on toilet paper hoarders across Australia, the 31-year-old said he failed to understand why toilet rolls were most-in demand items at a critical time when the country is grappling to contain a deadly virus.

As the frenzy started being reported on social media, he offered a simple solution to the "first world problem."

“Why can’t people just wash their bottoms and embrace the Indian bathroom ways instead of stocking-up on toilet rolls?

“Just use water to clean your behinds instead of using a tissue wipe-it’s that simple,” quipped Gautam.

In line with Gautam's suggestion, dozens took to social media recommending the traditional Indian toilet hygiene practice of using water to clean after finishing the business.

For the uninitiated, the method involves the use of a spray hose that is affixed to the toilet bowl or the seat or is sometimes even handheld that sprays water under bearable pressure that aids in hygiene.

It is lesser-known that besides people in the Indian subcontinent, using water as a cleaning method is also a common practice in some south-east Asian, European and South American countries, where people use bidets, a low oval basin designed for cleaning up after using the toilet.

I am unable to relate with this toilet paper panic in some countries, as we use water down here, either hand showers (next to the toilet), bidet, or...

A farmer based in Punjab, Karam Singh who arrived in Sydney a month ago to visit his son jokingly said, If there is anything he misses more than his family and farm here in Australia, it is indeed the "jet spray."

Some social media users, however, took the idea too far when they nostalgically recalled the use of a ‘lota’ or a ‘mug’ (toilet wash jug) that used to be an essential item largely found inside squat toilets, but of late has been relegated to washrooms in India's rural areas.

For god's sake, just buy a lota and avoid this toilet paper nonsense. Also, experience a clean bum for the first time in your life. pic.twitter.com/jG0DWcUzNB

While there isn't sufficient research available on which cleaning method is more hygienic, turns out some health experts believe "washing is better than wiping."

Dr Gurinder Bagga, a GP based in New Delhi said water is in fact an "ideal" method and is essential for thorough cleaning.

"Water allows you to thoroughly clean the area of any residue and at the same time also reduces chances of bowel infections as opposed to using a tissue which is more abrasive and can lead to irritation, discomfort and even tears if used harshly," said Dr Bagga.

"According to an article in Scientific American, 140 litres of water goes into making just one toilet paper roll while washing in a bidet after defecating takes only up to 500 ml of water," he added. 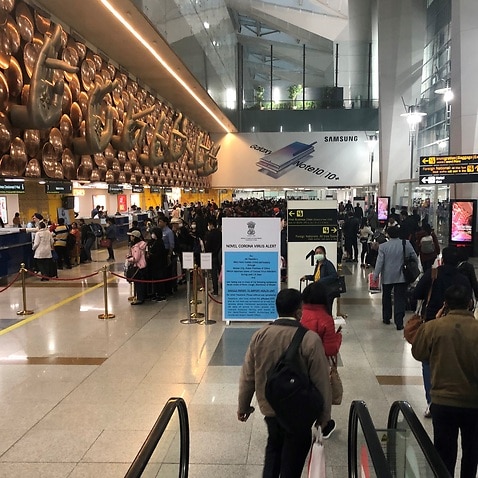 To go or not to go? Air travel in the time of Coronavirus Are facemasks strong enough to protect from Coronavirus?