Advocates for action on family violence are concerned that the COVID-19 pandemic has become a desperate time for women experiencing family violence, dependent on temporary visa holders, with their ordeal compounded by barriers in accessing social services to their visa status.

In normal times, three in ten women - aged fifteen and above - will have experienced physical or sexual violence in Australia, according to the Australian Bureau of Statistics.

However, during the COVID-19 lockdowns, calls for help from victims of family violence spiked, according to Michal Morris who heads Victoria-based inTouch multicultural centre against family violence.

The organisation’s bilingual case managers and immigration lawyers have been busy providing remote support to more women than usual.

Dr Ruchita Ruchita works as a case manager at inTouch.

She says women of refugee and migrant backgrounds are reluctant to seek help due to shame and stigma.

She is concerned that many victims are unable to return to their native countries because of limited financial means, border closures and fear of being ostracised from their home community.

Dr Ruchita says a client escaped family violence with her three children only to later return to her abuser due to limited financial means to provide for her children.

I think she has compromised on her safety but she wasn’t left with a choice.

As the only Australian multicultural support agency for family violence with an onsite legal centre, approximately 40 per cent of inTouch clients were on temporary visas in 2018 to 2019. Michal Morris says inTouch has noticed a new pattern in perpetrators using COVID-19 as a weapon against vulnerable women with low English proficiency who can only access information from their abusers during the lockdown.

She says if a woman is feeling unsafe for whatever reasons - emotional, financial, psychological, sexual, and physical - and if they feel their lives or their children's lives are under threat, it means they’re experiencing family violence, they can seek help.

Immigration lawyer Nilesh Nandan says a family violence victim on a temporary visa who decides to leave a violent relationship needs two pieces of supporting evidence from a social worker, GP, psychologist or the police to get out of their dependent visa status and cut ties with the abuser.

He says victims will need to inform immigration about their change of circumstances after a relationship ends. Tracey* escaped a violent stalker in her home country to start a new life in Australia.

She fell in love with a fellow European on a temporary work visa and became a dependent on his visa.

Things took a turn for the worse after Tracey left that relationship when her ex-partner started sending her threatening text messages.

He kept texting me all the time. He wished I was dead and that he was going to punch me in the face if he sees me.

Tracey’s not alone. The Australian Bureau of Statistics reports that one in four women have experienced emotional abuse by a current or former partner since the age of fifteen.

She works as a carer for vulnerable and disabled children in the Northern Territory, where workers with her skills are hard to find.

Despite five years on the job, her employer cannot afford to sponsor her work visa as a not-for-profit agency.

Tracey cannot block her emotionally-abusive ex-partner completely while she remains dependant on his temporary visa.

He’s still selling drugs and he will probably get his visa which is very unfair. There’s nothing I could do to get myself out of this horrible situation.

Lawyer Nilensh Nandan says Tracey’s only option is to apply for a visa on her own since her ex-partner is a foreigner himself.

He says many women on temporary visas are caught in similar predicaments after leaving their abusive partners, and once a victim reports family violence, other than independent criminal action against the offender, there is no immigration relief for victims if their partner is a temporary visa holder.

It gives the offending party in that relationship extreme unconscionable leverage.

In 2015-2016, 529 women on temporary partner visas applied for family violence provisions to gain permanent residency, over seventy per cent were successful.

On the other hand, Nandan says it is particularly earth-shattering for women on temporary visas in Australia who have no such safety net as the Migration Act only safeguards partner visa applicants. 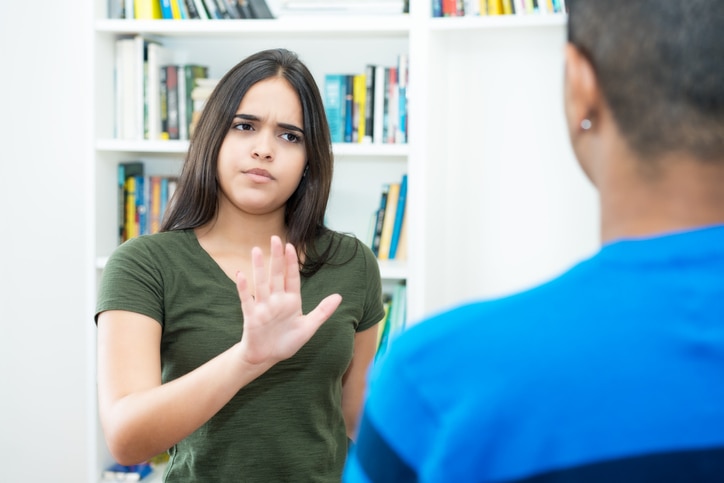 Women on temporary visas have limited options as applying for a different visa brings new problems.

Nilesh Nandan says a visitor visa only allows for a short period of stay, a student visa requires that the applicant be a genuine student with the financial means to enrol in a course of study, and finding an employer prepared to sponsor a work visa is difficult at the best of times but even more so during COVID-19.

InTouch is calling on the government to allow all women who experience family violence in Australia to access safety and support services irrespective of their visa status.

Michal Morris urges victims to seek help even if a situation may seem hopeless if they are stuck at home with a perpetrator.

Contact our service or 1800 RESPECT. Tell us when it’s safe for us to call you and how it’s safe to call you - that’s the first step and we’ll start moving forward from there.

For more information on inTouch, visit inTouch.org.au or call their toll free number on 1800 755 988 Monday to Friday between 9am to 5pm if you live in Victoria.

If you are feeling distressed and need emotional support, call the Beyondblue coronavirus mental wellbeing support service on 1800 512 348 or Lifeline on 13 11 14 any time of the day and night.

For women’s health-related information in your language, contact the Multicultural Centre for Women’s Health on its toll free number 1800 656 421 between 10am to 4pm.

If you need language support, call 13 14 50 for an interpreter and ask to be connected to your preferred support organisation.

Call 000 immediately if your life is in danger.