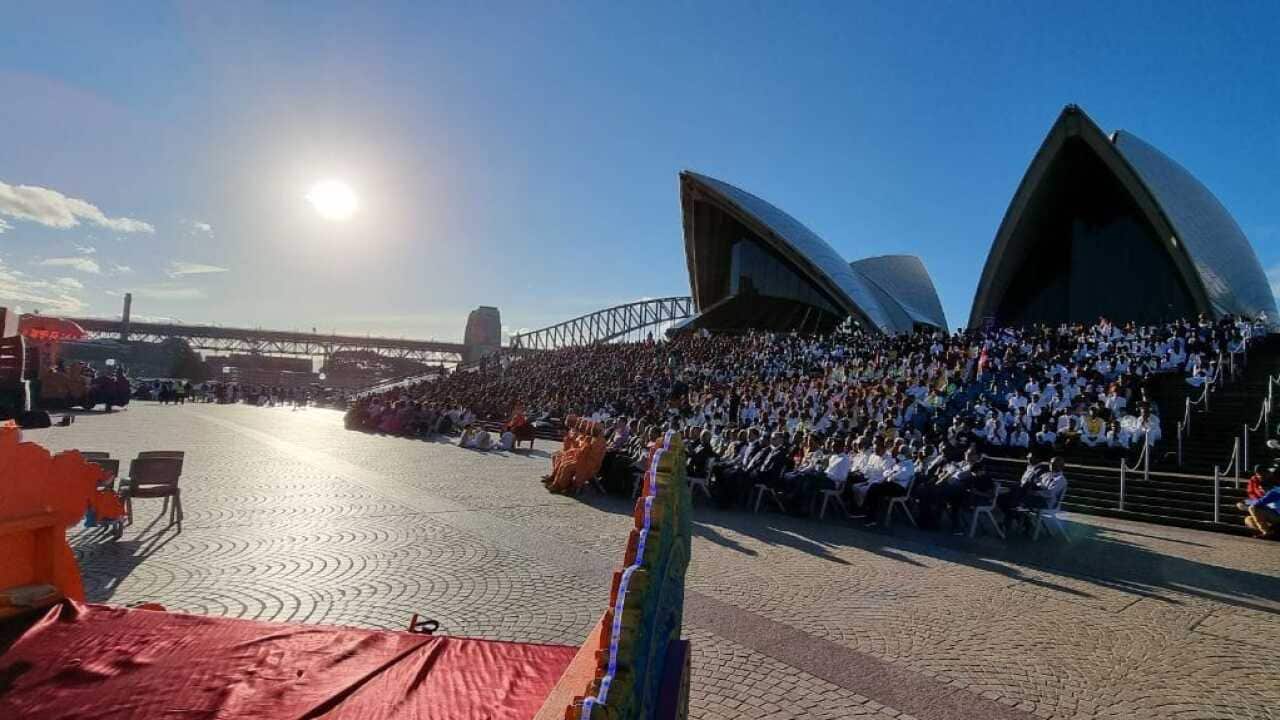 Congregation of the Indian-Australian community for Nagar Kirtan and Sabha to mark the birth centenary of Pramukh Swami Maharaj. Source: Supplied by Praful jethwa

A huge crowd of Indian Australians gathered at the Sydney Opera House to pray for world peace and harmony. It was an event organized by BAPS Swaminarayan Sanstha.

Published 28 April 2022 at 2:12pm
By Vrishali Jain
Source: SBS
On 23 April, thousands of people swarmed the forecourts of the Opera House to celebrate the birth centenary of Pramukh Swami Maharaj, the founder of the Akshardham temples.

"Swamiji [Pramukh Swami Maharaj] preached the universal concepts of humanity and brotherhood. This event was a homage to his life and contributions to society," he says.

Mr Jethwa said that the event took eight weeks of preparation and saw the participation of more than 3,000 members of the Indian community.

During the event, several children also chanted mantras. Apart from this, a three-hour-long Nagar Kirtan (devotional songs) and a Sabha (meeting) was also held.

Performances by children remained the highlight of the event. Source: Supplied by Praful Jethwa

The event concluded with a firecracker show and a prayer for peace, harmony and brotherhood.