Outrage over 'dumping' of garbage on proposed site of Sikh temple

The alleged dumping of garbage at a property being developed as a place of worship (Gurdwara) in Melbourne’s south-east has sparked outrage in the local Sikh and Indian community. 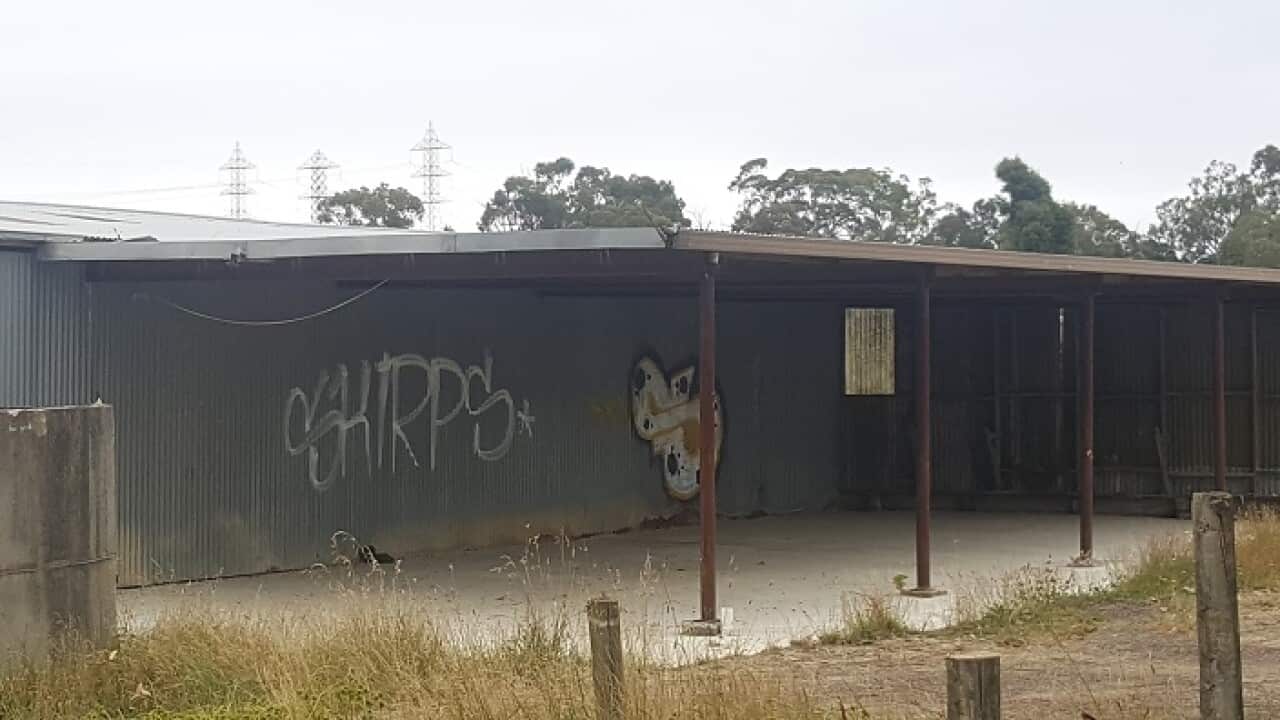 The shed has been cluttered with Graffiti. Source: SBS Punjabi

Looking for a permanent place of worship, the Sikh community of the Cardinia Shire Council region, had purchased a twenty-acre property in 2017.

Located in a green wedge zone at Officer (near Pakenham), the property has remained largely unattended since then.

A community spokesperson Mohanjeet Singh told SBS Punjabi they have faced hurdles ever since they started the process of setting up this Gurdwara.

Advertisement
“We chose this place as it ticked most planning boxes for our proposed project to meet the spiritual and emotional needs of our growing Indian community,” said Mr Singh.

“But I am sad to mention that this process has been very challenging even in a multi-cultural country like ours and the project has been delayed far beyond community’s expectations.”
The proposed site is located in a green wedge zone at Officer in Melbourne’s south-east. Source: Supplied

A group of around twenty five residents in the region have raised multiple objections against the proposal to build a Gurdwara at this location, citing reasons like excessive noise, light, environmental degradation, traffic etc.

The group have expressed concerns that a place of worship is contrary to the purpose of the green wedge zone and agricultural activities and rural landscape values in the area.

In a written representation to the council objectors mentioned the detrimental effects of the new establishment – “The entire character and amenity of the surroundings natural, rural environment will be detrimentally affected by such inappropriate development.

“Significant noise and disruption will come from the likely 100 worshippers who will congregate at this adjoining property.”

“The planning application also reveals the proposal to construct 38 new gravel car spaces. How is this consistent with the intent of green wedge zoned land,” asks one of the objectors.

Objectors fear that the proposal will impact on wildlife and the existing septic system will lead to pollution of nearby waterway.

Some objectors think that their property price will also go down.
The existing property was primarily used as a residential dwelling and it remains largely unattended since its purchase in 2017. Source: Supplied

Last year, more than 650 members of the Indian, Sikh and other communities signed a petition requesting the Council to consider the proposal of building a Gurdwara in this region.

“Most of the Shire’s Councillors visited the proposed site between May and September 2017,” adds Mr Singh.

“The Council approved it in the town planning meeting of 2nd Oct, while appreciating the role played by the small Sikh community to various community activities."

“While undertaking detailed traffic, ecological, bushfire studies, the volunteers from the Sikh community also made it a point to visit the neighbours to brief them about their faith and the proposed temple and dropped more information about their project in their mailboxes.

“Sikh volunteers have also offered site visit to the neighbouring community but no one availed of the opportunity to understand the project and plans of the community.

"The objectors have now approached VCAT against a unanimous Council decision approving the application and a hearing has been fixed for 3rd May.
A pile of garbage dumped at the proposed Sikh temple site (Photo SBS Punjabi) Source: Supplied

H Singh told SBS that they have faced many challenges ever since they started the process of setting up this Gurdwara.

“Sikh community feels really upset since someone has dumped garbage at the property around New Year’s Eve,” said Mr Singh.

Some equipment was also reported to be stolen from the garage and a shed wall spoiled by graffiti.

“We are shocked to see that the rubbish contains empty beer and wine-bottles and some stale meat. This is so unacceptable!

“The Sikh community feels emotionally harassed and drained by this episode of events but not ready to give up."

“Even though the matter has been reported to the police, the pace of investigations has been frustrating.
The existing property was primarily used as a residential dwelling and it remains largely unattended since its purchase in 2017. Source: Supplied

“The existing property was primarily used as a residential dwelling. However, the community proposes to use about 10 acres of land for horticultural and agriculture activities,” adds Mr Singh.

“We have already started discussions with land care experts, and engaged a consultant to evaluate possible options in this regard.

“We have plans to do organic food farming to support food van projects and other community projects in the shire and Melbourne in an effort to give back to the community.

“We feel ignorance is also factor in all of this. Two of the local newspaper reports have mentioned the development as proposed ‘
Buddhist temple
’.

“We really hope that departments such as planning, equality, multi-cultural affairs and local government will come forward to address the matters that affect all community groups, including ours.

“Efforts to stall such projects increase costs for the community and matters are decided in the courts using rate payers’ money.

“It is in our hands to build or burn bridges of trust between different community groups.

“We hope this matter gets resolved as soon as possible. We vow to work transparently and patiently with the community and for the community, including our neighbours.

How Sikh temples in US helped Lake Oroville dam evacuees

Belgium attacks: Sikh temples open doors to anyone in need of help