Citizenship Minister David Coleman says there has been a "significant improvement" in the processing of citizenship applications after more resources were put into the system. 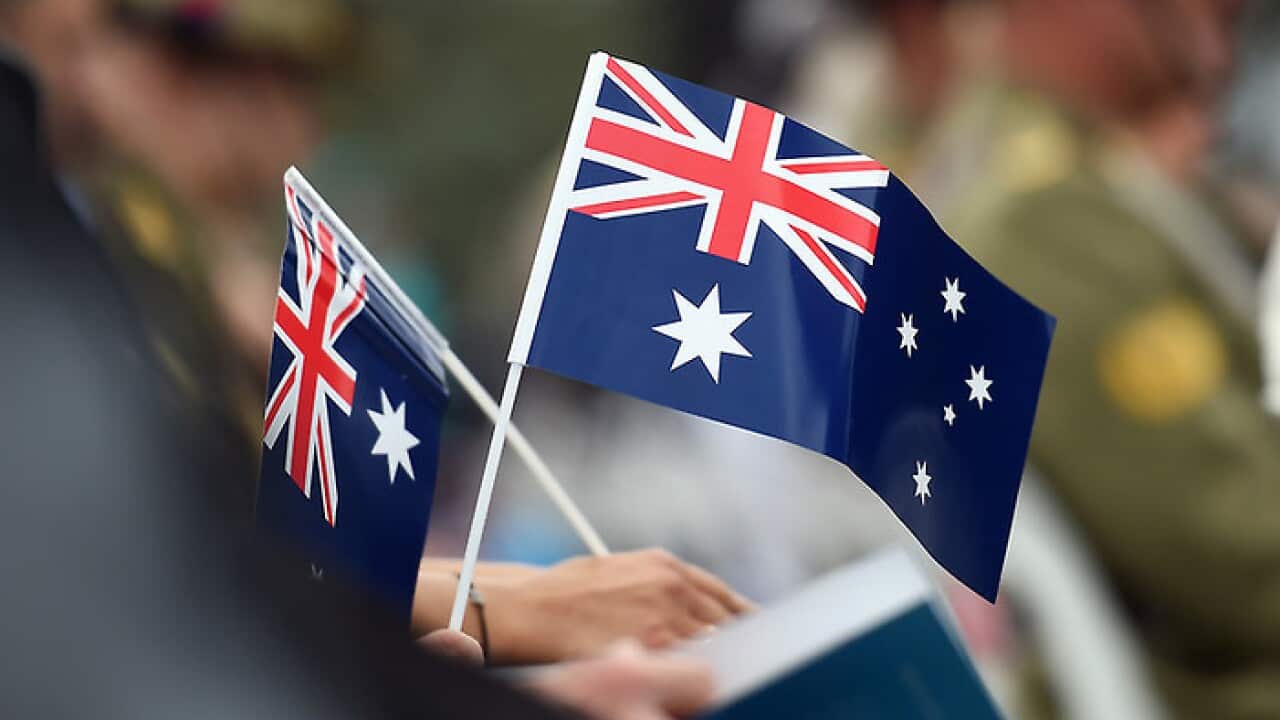 Minister for Immigration and Citizenship David Coleman says the processing times for Australian citizenship applications are reducing with the department throwing in more resources following criticism in the face of a mounting backlog of applications.

David Coleman, who took over the role of Immigration and Citizenship minister after Home Affairs Minister Peter Dutton was stripped off the portfolio, says there has been a significant increase in the processing of citizenship applications.

“We have seen in the last couple of months this financial year some significant increases in the processing of applications with citizenship applications in the first two months of this financial year- in July and August we saw about 21,000 approvals compared to about 9000 last year,” Mr Coleman told reporters in Melbourne.
Minister for Immigration, Citizenship and Multicultural Affairs, David Coleman. Source: SBS

Advertisement
He said the department put additional resources – about 150 people – in the calendar year, to process applications. He also claimed that processing time for some visas, including student visa and the economic visa has also improved.
Also read
Citizenship changes: Government may introduce ‘conversational English’ test instead of IELTS

The Department copped some criticism for a huge backlog of citizenship applications that mounted to over 200,000 in April this year with waiting times currently between 16 and 19 months.

Mr Coleman attributed the delays in the processing of Australian citizenship applications to an increased vetting and enhanced security measures.

“We did see last year, the impact an increased security process had. We also had an issue with the system that people who are applying for citizenship are applying with limited documentation,” he said. “It is absolutely fundamental that we in no way absolutely compromise on security. We are not going to do that. We are going to be very careful.”
Also read
Government’s proposed citizenship changes face new challenge from Greens

The application backlog ballooned from 81,000 in June last year to over 200,000 this year after the Government announced an overhaul of the citizenship legislation, proposing an increase in the general residence requirement and a stand-alone English language test, in April 2017.

Labor and the Greens with some crossbench senators were opposed to the general residence and English language provisions of the Bill and had it removed from the Senate notice paper after the Greens led a charge against it.

Though the revised legislation is listed for introduction in Senate during the Spring sitting of parliament, the Immigration Minister said the government is still consulting on the elements of the Bill, while declining to comment on any timeframe to have it debated in Parliament.

“I don’t want to preempt anything in terms of the legislation but it’s common sense to say that some level of English is a good thing. I don’t have anything more specific to say,” the member of Banks told reporters.
Also read
Citizenship changes 'designed to create second class Australians’ - Tony Burke

Last month, the Greens Immigration spokesperson Nick McKim claimed the Government didn’t have the numbers to pass the Bill. He told SBS Punjabi that if the Government delayed a debate on it, his party would once again move to have it removed from the Senate notice paper.