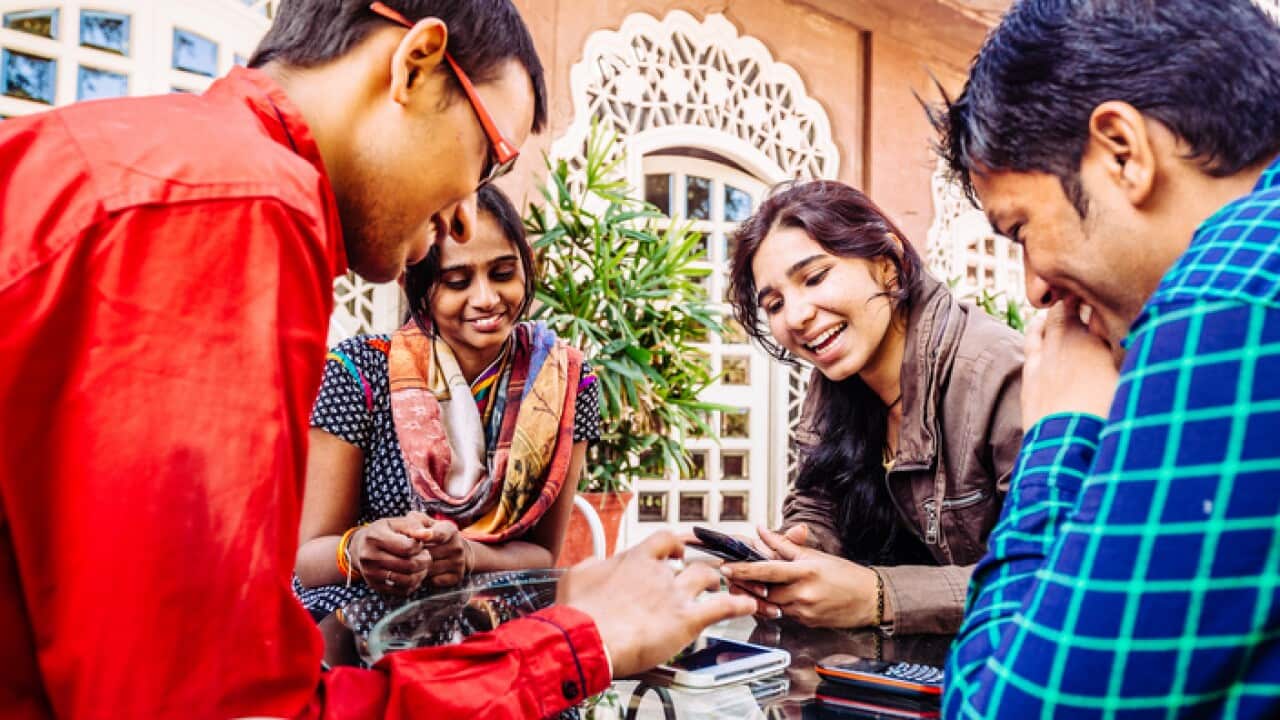 With Chinese student enrolments likely to fall due to the ongoing travel restrictions imposed by the Australian government, some believe students from India may be able to fill the gap in times to come.

Published 11 March 2020 at 5:40pm
By Avneet Arora, Preetinder Grewal
Source: SBS
There are more than 100,000 students held up in China or a third country who are either enrolled in Australian universities or had intended to study in Australia this academic year.

Bonnie Kwan, a Chinese migration agent based in Melbourne says as each day passes, it is becoming more unlikely that the travel blockade would be lifted, forcing many Chinese students to divert their study plans to other countries like the UK or Canada.

“In the wake of the outbreak, it is highly unlikely that the travel ban would be lifted any time soon. For those who are already enrolled, there are alternatives available like online courses or starting in the next semester.

Advertisement
“But for new students, this spells trouble. They don’t want to sit and wait for the government to change their travel advisories so most of them are now looking at universities in UK or Canada to overcome the uncertainty of circumstances,” said Ms Kwan.

But beyond uncertainty over the effect the coronavirus could have on the students, Australian universities are facing even bigger questions: How long will the crisis last? And could it impact future enrolment of Chinese and other international students?

Melbourne-based migration agent Rohit Mohan said while it is too soon to say, but it is likely that students particularly from the Indian subcontinent and Southeast Asian countries would be the “secondary beneficiaries of the crisis” in the long run.

“India is the second-largest source of overseas students in Australia accounting for 15 per cent of total enrolments as per figures released in December 2019, behind China which accounted for 28 per cent.

“Australian universities have been diversifying their international student profiles in India to reduce their over-reliance on China, even before the coronavirus outbreak.

“So given the circumstances, if students from China are unable to return to Australia to continue or start with their sessions, Australia will be forced to look at India to fill in that hole in times to come and we may even see some leniencies in admission criteria from private universities,” said Mr Mohan.

Taking the hopeful prospect further, another migration agent from Perth, Narinder Kaur said there may even be a “distant possibility” of a revision in the assessment levels for India, which were downgraded from Level 2 to Level 3, in September last year.

“There is a real possibility that the Department of Home Affairs may revise the assessment levels for Indian students and put them back into a low-risk category as opposed to the current high-risk category in March when the levels are due to be reconsidered,” said Ms Kaur.

She, however, cautioned that even if the Australian policymakers decided to upgrade assessment levels for student applicants from India, it would not mean that Indian students would have it easy.

“Even if India is deemed as a low-risk country of origin, this would not mean the students will not have to fulfil the admission criteria. They would still have to prove they are genuine and have academic merit to study in Australian universities,” added Ms Kaur.

Can Australia replicate their profitable China expansion in India?

According to the
World Inequality Database
, there are 24 million adults in China with incomes of over $50,000. Whereas in India, there are just three million such adults. According to the report, this means that India will not be able to match China's scale.

Phil Honeywood, chief executive of the International Education Association of Australia, said there is no denying the fact that education providers have been using aggressive market techniques to attract more students from India. However, when it comes to just filling a void, it would be “fundamentally wrong” for Australia to make quick decisions because of a crisis.

“In a crisis, people have to be more considerate and think clearly of any long-term implications of any decisions they make on the run and Australia has to maintain its quality study destination reputation above everything else,” said Mr Honeywood.

Over a thousand Indian students stripped of their visas in 2019