A new report has found 15 per cent of the children who passed through Ireland's "mother and baby homes" died over a 76-year period.

Some 9,000 children died in Ireland's "mother and baby homes", where unmarried mothers were routinely separated from their infant offspring, according to an official report published on Tuesday.

Ireland's Commission of Investigation into Mother and Baby Homes (CIMBH) found "disquieting" levels of infant mortality at the institutions, which operated in the historically Catholic nation as recently as 1998. 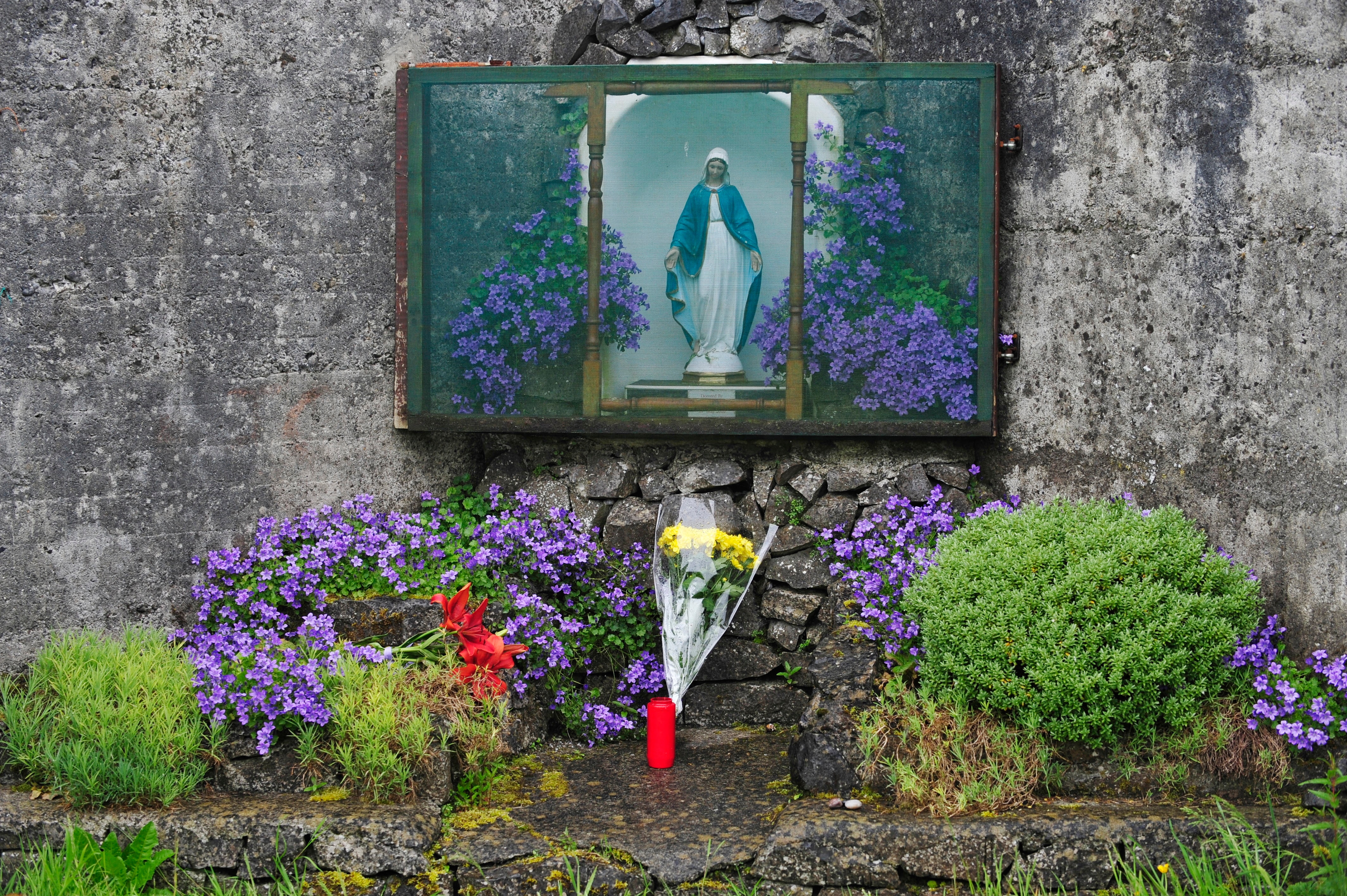 A file photo showing a shrine set up at the site of a mass grave of up to 800 children on the site of the former Mother and Baby home in Tuam.
EPA

Studying such homes over a 76-year period through 1998, the CIMBH determined that 9,000 children died in them, or 15 per cent of those who passed through.

The homes - run by religious orders and the Irish state - housed unmarried women who became pregnant, were unsupported by partners and family and faced severe social stigma.

Children born in the institutions would often be separated from their mothers and put up for adoption, severing all family ties.

The survivors showed great bravery in sharing their stories.

The Government is now focused on a comprehensive implementation of the recommendations in this report. pic.twitter.com/zF904LrvIE

"We had a completely warped attitude to sexuality and intimacy, and young mothers and their sons and daughters were forced to pay a terrible price for that dysfunction," he added.

Mr Martin - who will make an official state apology on the matter in Irish parliament on Wednesday - said the high infant mortality was "one of the most deeply distressing findings" of the report.

"One harsh truth in all of this is that all of society was complicit in it," he said.

"We are going to need to confront and come to terms with this as a people."

The report gave no single explanation for the deaths, but said "the major identifiable causes... were respiratory infections and gastroenteritis."

It also highlighted a total of seven unethical vaccine trials on children in the institutions between 1934 and 1973.

"The report makes clear that for decades, Ireland had a stifling, oppressive and brutally misogynistic culture, where a pervasive stigmatisation of unmarried mothers and their children robbed those individuals of their agency and sometimes their future," Minister for Children, Equality, Disability, Integration and Youth Affairs Roderic O'Gorman said on Tuesday.

The CIMBH was established in 2015, after an amateur historian uncovered evidence of a potential mass grave of infants at one such home in the west Ireland town of Tuam.

But survivors' group Irish First Mothers said the report "fails to find that mothers were coerced into giving up their children", which it said was the "most grievous injury" inflicted by homes. A file photo of a handwritten message painted on the site of a mass grave near the former Mother and Baby home in Tuam, County Galway, Ireland.
AAP

The group said the report "absolved both the Church and state of any systemic responsibility for what it admits is the effective incarceration of pregnant mothers".

The CIMBH report says 56,000 unmarried mothers and 57,000 children passed through the homes examined.

"By the 1960s most women placed their child for adoption and left a mother and baby home within a few months of giving birth," it said.

It said "some of this cohort of women are of the opinion that their consent was not full, free and informed."

However, it added, "with the exception of a small number of legal cases, there is no evidence that this was their view at the time of the adoption."

Many of the women received little or no ante-natal care.

It’s not enough that the state apologises to the victims of the Mother and Baby homes.

We need full acknowledgment that Catholic Religious orders perpetuated a reign of terror on vulnerable people in Irish society.

And we need action - Get the Church out of our schools!

Meanwhile, women of the period who gave birth outside marriage were "subject to particularly harsh treatment" at the hands of families and partners, backed by both Church and state.

Women entered the homes mostly because they had "no alternative" and many suffered "emotional abuse", it said.

"The atmosphere appears to have been cold and seemingly uncaring," the study said.