The United Nations has blasted the Australian government for detaining the man, who also has mental health issues.

A United Nations working group has called on the Australian government to immediately release and compensate a 35-year-old Tamil refugee with multiple disabilities who has been in detention for more than nine years.

The UN Working Group on Arbitrary Detention wrote a "scathing" report about the individual being held since 2010, which has been seen by SBS News and is yet to be publicly released.

The man, who SBS News has chosen not to name, is in Villawood Immigration Detention Centre in Sydney's west.

He is legally blind, has a number of mental health issues and an acquired brain injury which occurred in Sri Lanka. 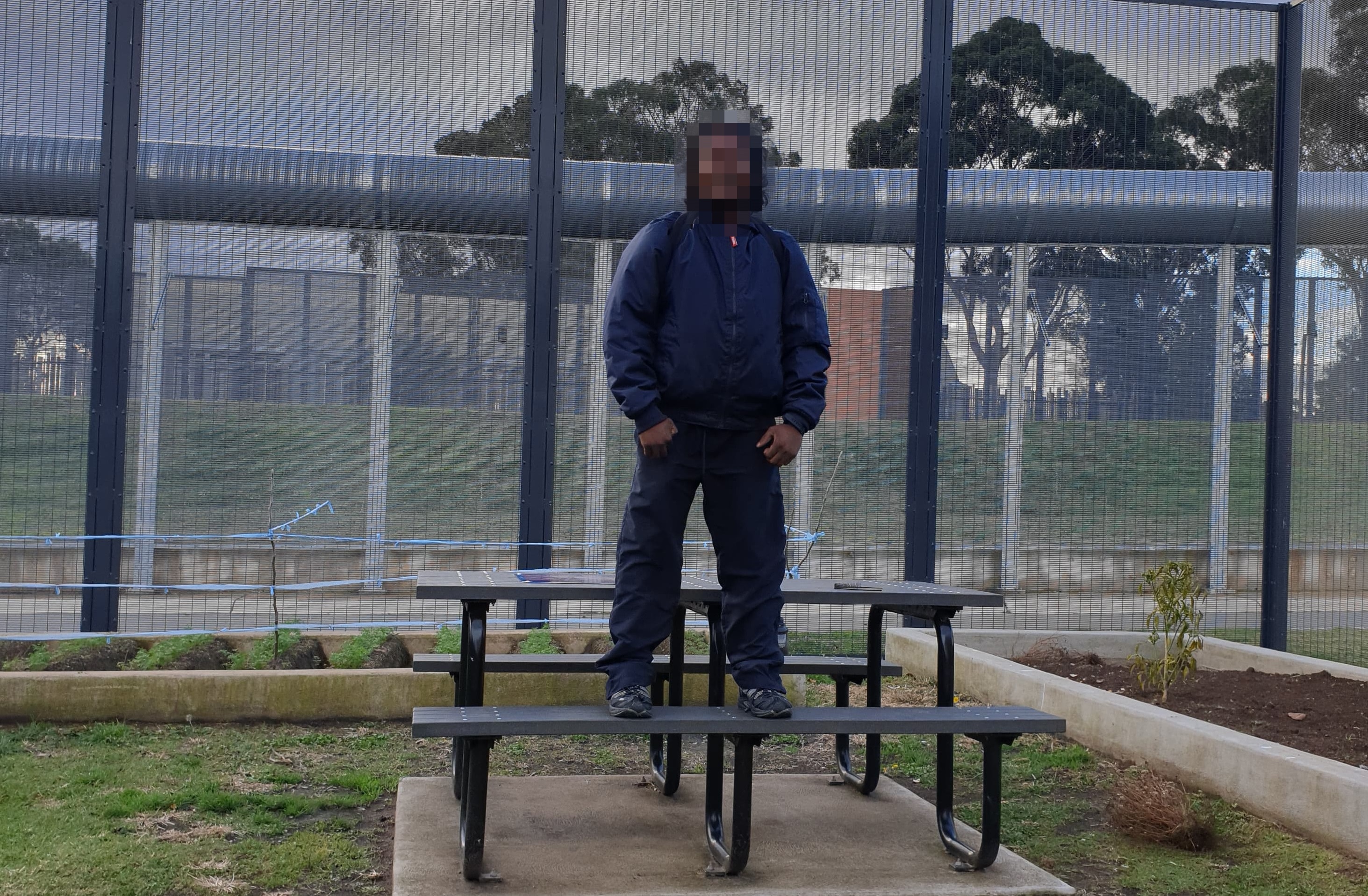 The man is in Villawood Immigration Detention Centre.
Supplied.

"This is highly, highly embarrassing for our record as a good international citizen," the man's lawyer and director of Human Rights for All Alison Battisson told SBS News.

According to the report, the man was captured and tortured by the Sri Lankan Army in 2002 and 2003. Fearing "further torture or the possibility of enforced disappearance", he fled the country and landed on Christmas Island by boat in 2010.

He was detained for several months before being recognised as a refugee "to whom Australia owes protection". But in 2011, he received an Adverse Security Assessments from ASIO, making him ineligible for a visa to stay. This assessment was upheld in 2014. ASIO does not make such assessments public but SBS News understands it was likely based on his connection with the Tamil Tigers separatist group.

In 2016 ASIO revised this and gave him a Qualified Security Assessment. ASIO stated it was "not recommending against the granting of a visa to [him] on security grounds". This "superseded" the previous assessment.

But since this time his Temporary Protection Visa has not been finalised and he remains in Villawood. In its submission to the UN, the Australian government said the man is still in detention as he is an "unlawful non-citizen" and that "time taken to process a visa decision varies on the individual circumstances of the cases".

"Placement in an immigration detention facility is based on the assessment of a person's risk to the community and level of engagement in the status resolution process."

It notes in 2012 he was involved in a "fire incident" and was charged. But a NSW court found him unfit to plead. The case was discontinued "partly due to [his] mental health issues".

The UN working group dismissed the government's rationale for continuing to detain the man.

"It appears to the working group that [he] is caught up in an endless cycle of visa applications and security assessments while in detention, where his health, both physical and mental, is deteriorating," the report said.

Or as Mr Battisson put it: "This is detention without a criminal process, without real judicial oversight". The working group concluded that detaining a refugee for this amount of time was arbitrary and contravened the Universal Declaration of Human Rights and the International Covenant on Civil and Political Rights.

"It's very damning and highly embarrassing for Australia as a democratic Western nation to be accused breaching [these]," Ms Battisson said.

The UN group said the Australian government should "release [him] immediately and accord him an enforceable right to compensation and other reparations". Ms Battisson called the case "a no brainer".

"This is not opening the flood gates. These are very specific circumstances, which the UN has commented on for an individual," she said.

"People with severe disabilities cannot be properly accommodated for in detention."

Ms Battisson took the case the UN working group last year as she was "horrified" at how long the man had been detained. She has also taken the issue regarding the delay in making a visa decision to Australia's Federal Court.

'The UN is scathing'

SBS News asked the Department of Home Affairs about its reaction to the report and reasons for the man's ongoing detention. 'I gave my body to Afghanistan, I'll give my brain to Australia'

"The Australian government takes its international obligations seriously. Australia has a long history of engaging cooperatively with the United Nations and its mandate holders, and welcomes open and constructive engagement with the human rights system."

The report also took aim at Australia's broader immigration policies, saying detaining immigrants should only be a measure of last resort.

"The UN is scathing of Australia's Migration Act and case law that allows the indefinite detention of refugees and asylum seekers," Ms Battisson said.

The Working Group on Arbitrary Detention reports to the Human Rights Council, the leading UN body on human rights and human rights abuses. "The sort of countries that normally feature in working group opinions are the ones with dictators, the ones without democracy and with very compromised judicial processes."

"It is horrendous to be included on this list … with Iran, Iraq, Syria, China, Vietnam."

Previously, the working group also admonished the ongoing detention of a Vietnamese asylum seeker and her 15-month-old baby in a Melbourne immigration facility.

In a rare move, both cases have now been referred upwards to the UN's Special Rapporteur on the Human Rights of Migrants.