The Australian Banking Association's chief has said there is nothing for banks to be proud of in the interim report from the banking royal commissioner.

It's a day of shame for Australia's banks, banking association chief Anna Bligh says, following the release of a damning interim report

There was nothing for banks to be proud of in the banking royal commission interim report from Kenneth Hayne QC, Ms Bligh told reporters in Sydney on Friday.

"Our banks have failed in many ways. Failed customers, failed to obey the law and failed to meet community standards."

"And all of these failures are totally unacceptable. Too many customers have been hurt and it has to stop." The sector had lost the trust of the community, she says, and had to do "whatever it takes" to regain that trust, including a move from a selling culture to a service culture.

Ms Bligh agreed with the commissioner that greed played a part in the misconduct which had occurred in the financial services industry, adding it had no place in the Australian banking system. Banks took full responsibility for their failures and would "repay every penny".

Ms Bligh pointed to the commissioner's comment that some of the regulation needed simplifying but says it is premature to speculate what regulation would result from the report.

The commission will be informed when regulation would lead to costs being passed on to the consumer, she said.

Shares in the financial stocks on the Australian share market, which is dominated by the big four banks, jumped 1.6 per cent within minutes of the interim release and kept rising.

Even Westpac, which had been in the red all day after announcing it was setting aside $235 million to compensate customers overcharged for financial services, had its best day since August 29.

Treasurer Josh Frydenberg has demanded the banks and regulators fix an insidious culture of "greed over honesty" outlined in a scathing interim report of the financial services royal commission.

Mr Frydenberg says the culture and conduct of the financial sector has fallen far short of community standards, with banks and other financial institutions putting profits before people. The three-volume interim report offered a blunt assessment of misconduct in the banking sector.

"Too often, the answer seems to be greed, the pursuit of short term profit at the expense of basic standards of honesty," Commissioner Kenneth Hayne said in the report.

"How else is charging continuing advice fees to the dead to be explained?"

Commissioner Hayne said banks had been searching for their "share of customers' wallets".

"From the executive suite to the front line, staff were measured and rewarded by reference to profit and sales."
He found when misconduct was revealed, it either went unpunished, or the consequences did not reflect the seriousness of what had been done. Mr Frydenberg said it was clear regulators had been working far too closely with the sector and needed to be tougher.

However, he argued whatever the criticisms of the regulators, financial institutions themselves were responsible for the misconduct.

"It is incumbent upon those in the financial services sector and those regulators who are charged with enforcing the law lift their game, because the public deserve it and the public expect it," he said.

If the royal commissioner asked for a time extension, it would be granted but no such request had been made, the treasurer said.

He pointed out the government has already taken action to reform the financial sector, including establishing a "one-stop shop" for customer complaints and a new framework to hold executives responsible for their actions.

Acting Labor leader Tanya Plibersek announced if Labor wins the next election it will establish a task force to deliver the recommendations of the commission's final report, which is due on February 1.

"We'll crack down on the sickening rorts and rip-offs that have been exposed through the royal commission," she said. 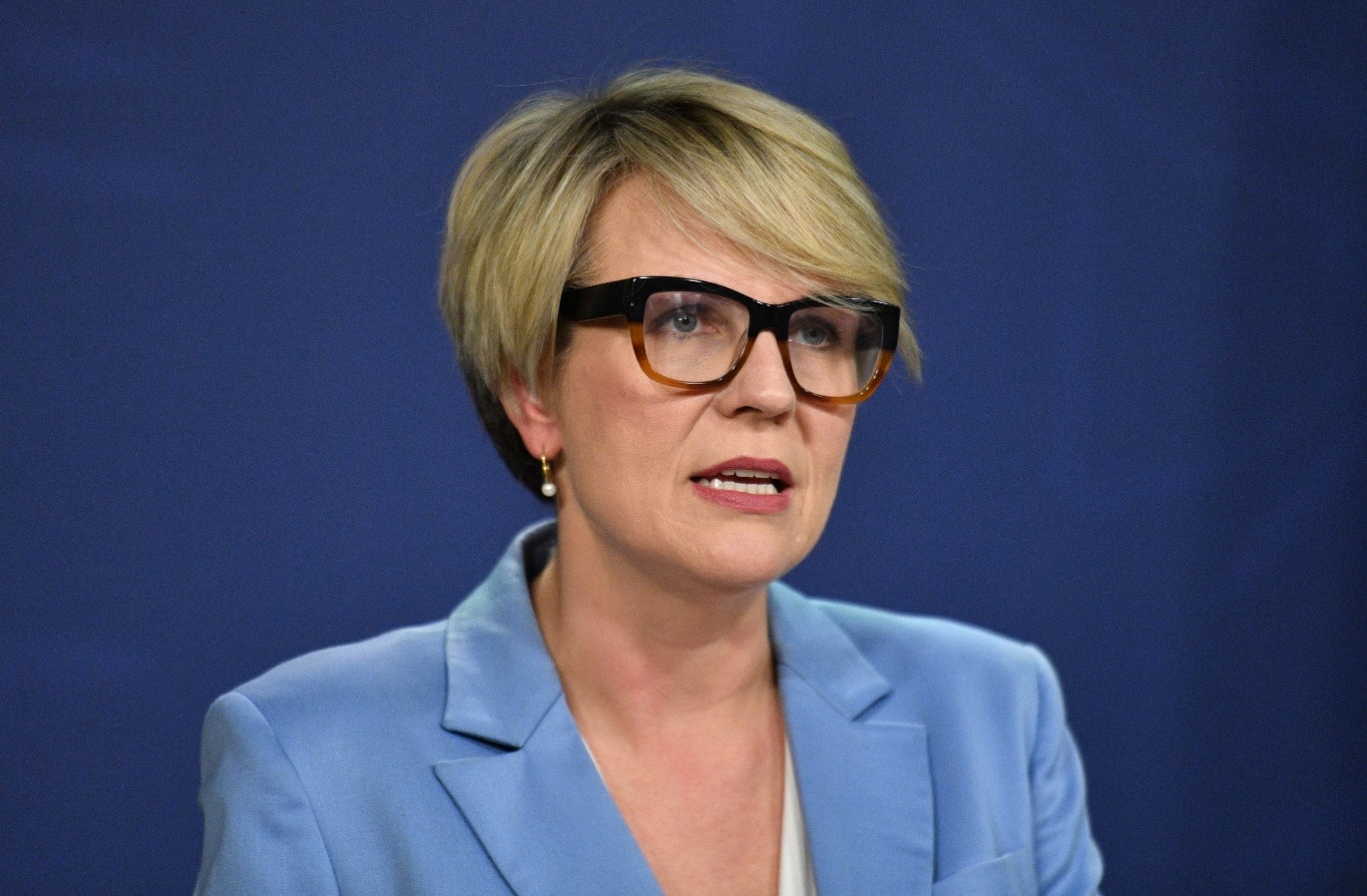 Deputy Leader of the Opposition Tanya Plibersek speaks to the media during a press conference in Sydney, Friday, September 28, 2018.
AAP

Nationals backbencher George Christensen said he had been vindicated by the report, having fought for the commission against the wishes of former prime minister Malcolm Turnbull.

"I will pushing for the Liberal-National government to adopt them lock, stock and barrel," he said of the final recommendations.