The hot pink and white boat, named after the 19th-century French anarchist Louise Michel, rescued 89 people on Thursday, its crew said on Twitter.

British street artist Banksy has funded a pink-and-white charity vessel to rescue migrants in the Mediterranean, a news report and the ship's operators said on Friday.

Named after the 19th-century French anarchist Louise Michel, the German-flagged vessel on Thursday rescued 89 people from a rubber boat in distress, its crew said on Twitter.

The survivors, including 14 women and two children, "need a place of safety now", it said.

The funding of the high-speed boat is the latest move by the artist, whose work often makes scathing judgements on Europe's hesitant response to the migrant crisis that peaked about five years ago.

Yesterday morning, #LouiseMichel responded to a distress call from #Moonbird air reconnaissance plane.
89 people were rescued and brought on board Louise Michel. The survivors need a Place of Safety now.#SolidarityAndResistance pic.twitter.com/HWde3hYFqT

Thousands of people are thought to have died making the dangerous crossing across the Mediterranean to flee conflict, repression and poverty in Africa and the Middle East.

On Friday, marinetraffic.com gave the Louise Michel's position at about 50 kilometres southeast of the Italian island of Lampedusa, and posted Spain as its intended destination.

Painted in hot pink and white, the Louise Michel features a Banksy artwork depicting a girl in a life vest holding a heart-shaped safety buoy, pictures of the boat posted on its website showed.

The 31-metre motor yacht, formerly owned by French customs, is smaller but considerably faster than other charity rescue vessels - enabling it to outrun Libyan coastguard boats, The Guardian reported. 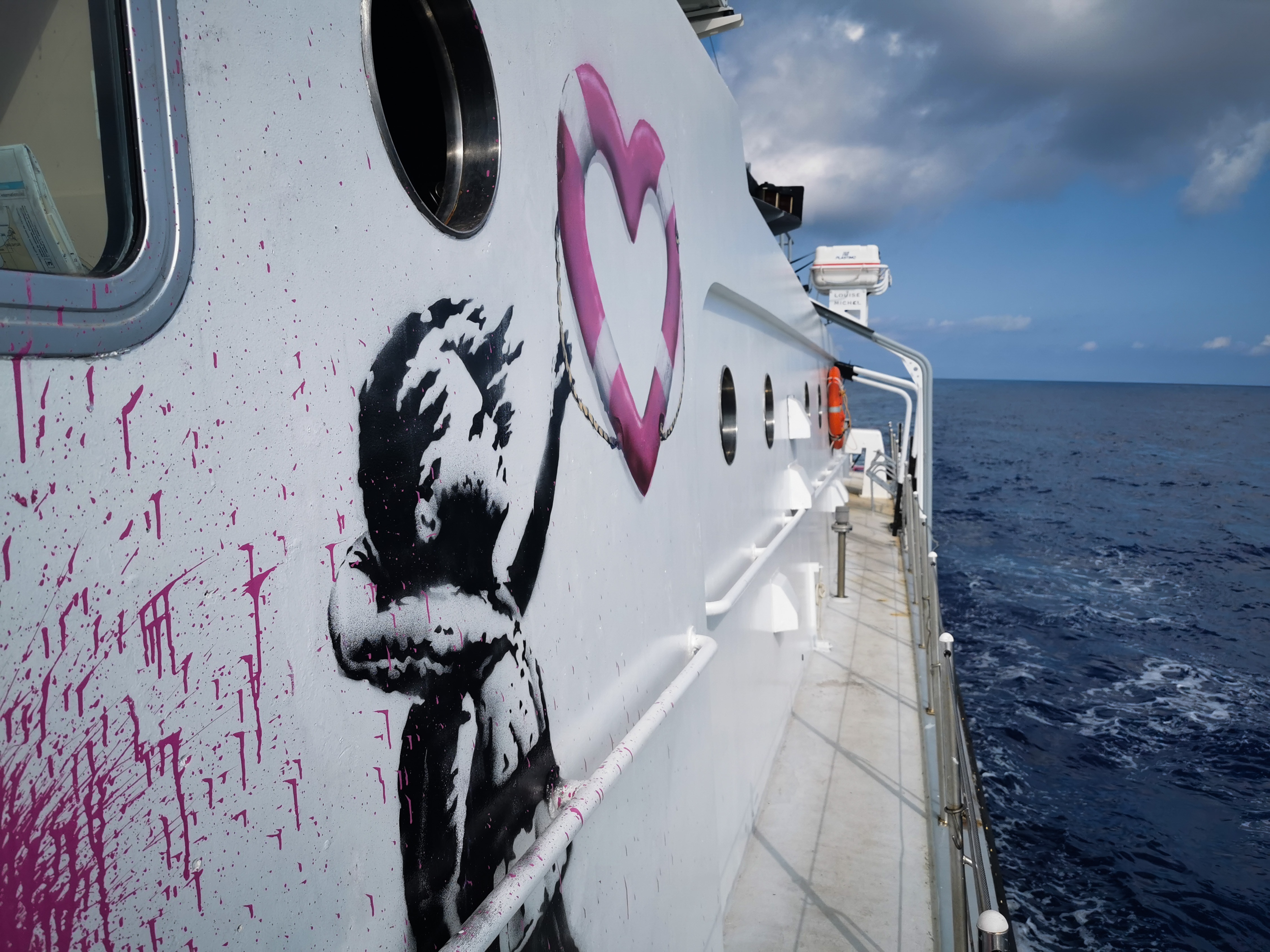 The Louise Michel, a former French navy vessel, launched under its new guise last week and features a young girl holding on to a heart-shaped safety float.

It has 10 crew members "made up of European activists with long experience in search and rescue operations" and is captained by German human rights activist Pia Klemp, who has also captained other such rescue vessels, the paper said.

Banksy's involvement in the rescue mission goes back to September 2019 when he sent Ms Klemp an email, The Guardian said.

"Hello Pia, I've read about your story in the papers. You sound like a badass," Banksy reportedly wrote.

"I am an artist from the UK and I’ve made some work about the migrant crisis, obviously I can't keep the money. Could you use it to buy a new boat or something? Please let me know. Well done. Banksy."

The Louise Michel was "bought by the proceeds from the sale of Banksy artwork - who then decorated her with a fire extinguisher," the ship's website said. Banksy artwork to be auctioned for Victoria bushfire relief

Ms Klemp, who initially thought it was a joke, told the paper she believed she was chosen because of her political stance, The Guardian said.

"I don't see sea rescue as a humanitarian action, but as part of an anti-fascist fight," she told the paper.

The crew with diverse backgrounds "all identity as anti-racist and anti-fascist activists advocating for radical political change," The Guardian said.

"As it is a feminist project, only female crew members are allowed to speak in the name of the Louise Michel," it added.

The vessel's website said it is run "on a flat hierarchy and a vegan diet".

A spokesman for Burriana's port confirmed that the Louise Michel docked there on June 23 and left on 18 August. 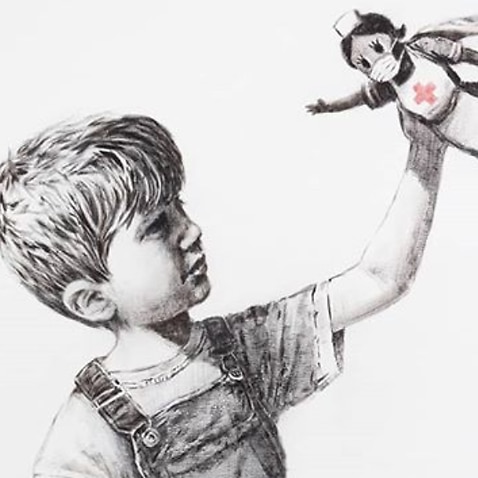 "During this time, they have been repairing and preparing the boat but they did it by themselves, they did not use the port services."

About Banksy, "if he has been here, he came incognito," the official said.

Early this month, humanitarian organisations said they would resume migrant rescues in the Mediterranean Sea where none have operated since the Ocean Viking docked in Italy in early July.

Before the Ocean Viking's last mission, rescue operations in the Mediterranean had been suspended for months due to the global coronavirus pandemic.

More than 100,000 migrants tried to cross the Mediterranean last year from north Africa with more than 1,200 dying in the attempt, according to the International Organization for Migration.