Protests are planned against Zoe's Law, which could bestow legal rights on a foetus.

A new law which gives legal rights to a foetus may again be debated in NSW state parliament, triggering protests and a war of words between supporters and detractors.

Christian Democratic Party MP Reverend Fred Nile is set to make another push at passing the Crimes Amendment (Zoe's Law) Bill 2017, which he has been trying to have passed in various iterations since 2013.

The Daily Telegraph has reported that a conscience vote on Zoe's Law could happen on Thursday. There is only one sitting week of parliament left ahead of the March state election. 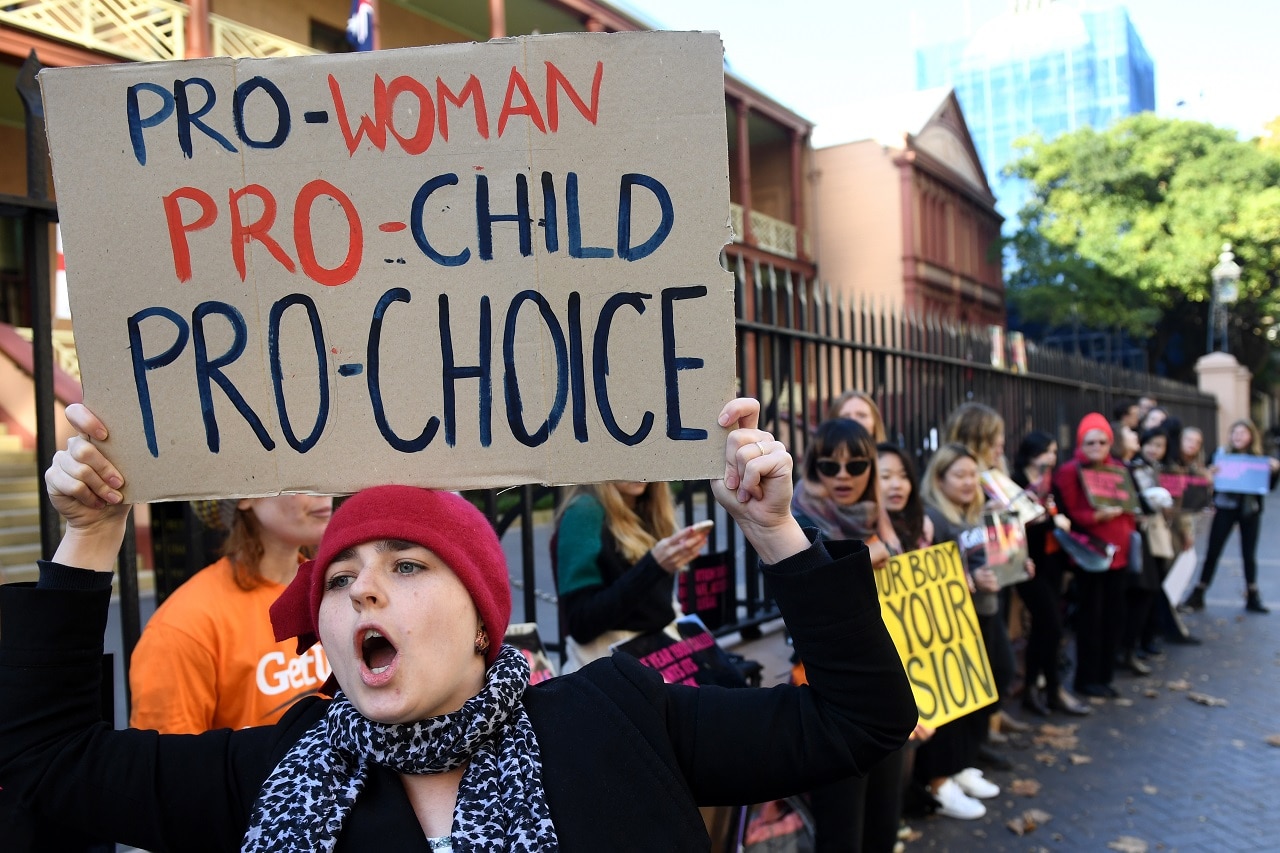 The bill is named after Zoe Donegan, the unborn child of NSW woman Brodie Donegan. Ms Donegan was hit by a drug-affected driver in 2009 and Zoe was stillborn at 32 weeks.

The driver could not be charged for Zoe's death as NSW law currently states that the loss of a foetus following a criminal act is a "serious injury" to the mother.

But if passed, the bill will create a new offence for "grievous bodily harm" to a "child in utero", which critics say could have future implications on abortion rights in NSW.

During a previous effort to pass the law, Mr Nile said the bill was "geared to meet the anguish" of women who lose an unborn child.

Ms Donegan told The Daily Telegraph that while she never gave Mr Nile permission to name the law after her unborn child, she supports the principle of the legislation.

Several groups say the bill is a stalking horse to restrict abortion rights in the state. 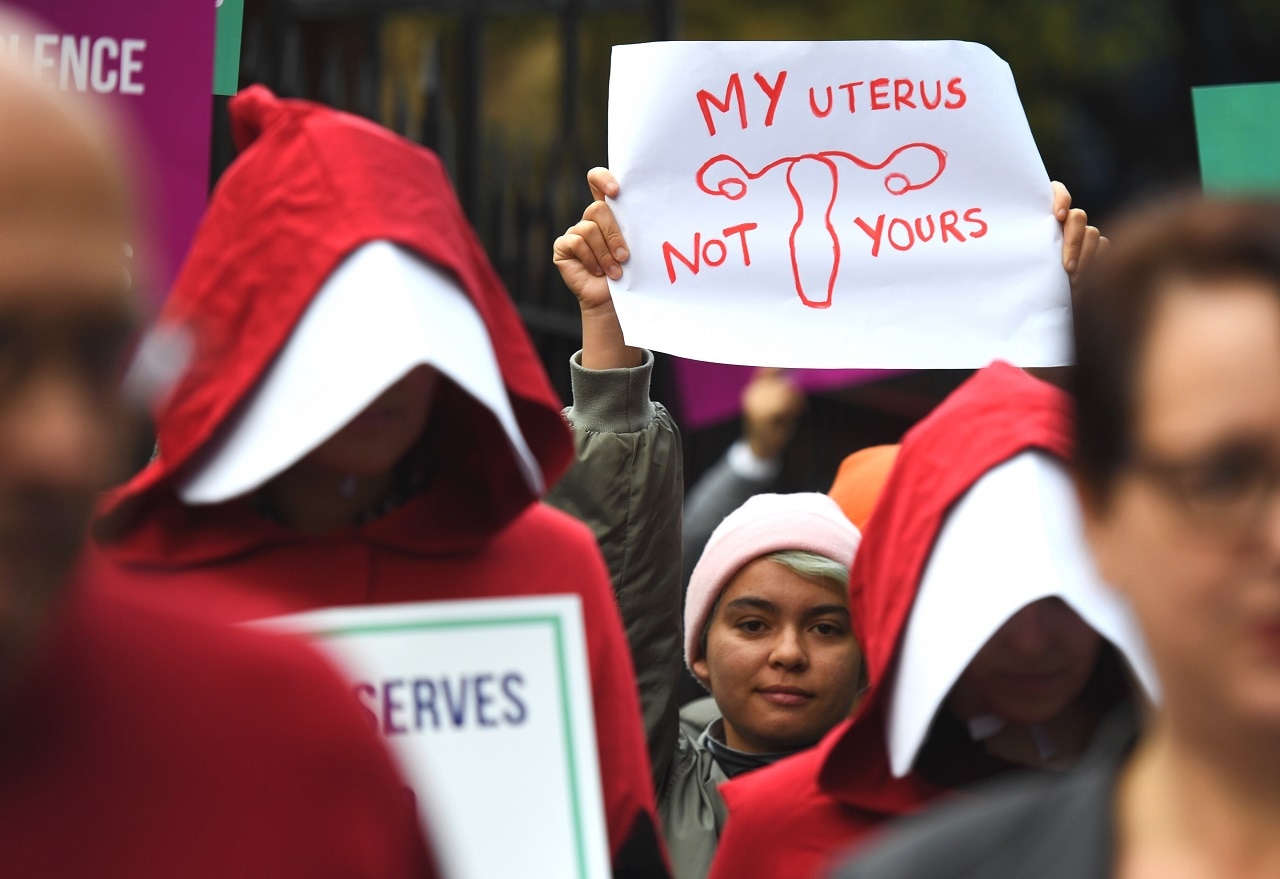 "If a foetus is given the status of a person, claims can be made about its rights and interests by others that can clash with the rights and interests of the pregnant person, and this has dangerous implications for women's health, privacy and reproductive freedom," she said.

"In some states in America, similar laws have been used to prosecute vulnerable women, including a woman whose suicide attempt destroyed her foetus and a woman who tried to hide a miscarriage because of fear of the consequences." 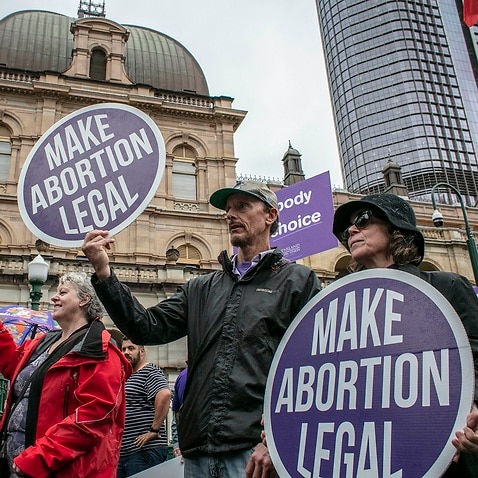 Abortion has been decriminalised in Queensland

The NSW Bar Association also opposes the bill, as it claims the "current NSW criminal law in this area is satisfactory".

In a briefing note on the bill, which was sent to SBS News, the association says "the proposed amendments in Rev Nile's Bill would set a dangerous precedent with possible wide-ranging implications for the law of this state".

"Adoption of the principle in this bill would have obvious implications for late term abortions, notwithstanding the explicit limitations in the bill relating to medical procedures."

It said as recently as 2010, an "extensive review was made of this area of the law" with recommendations that "the current law should not be changed". 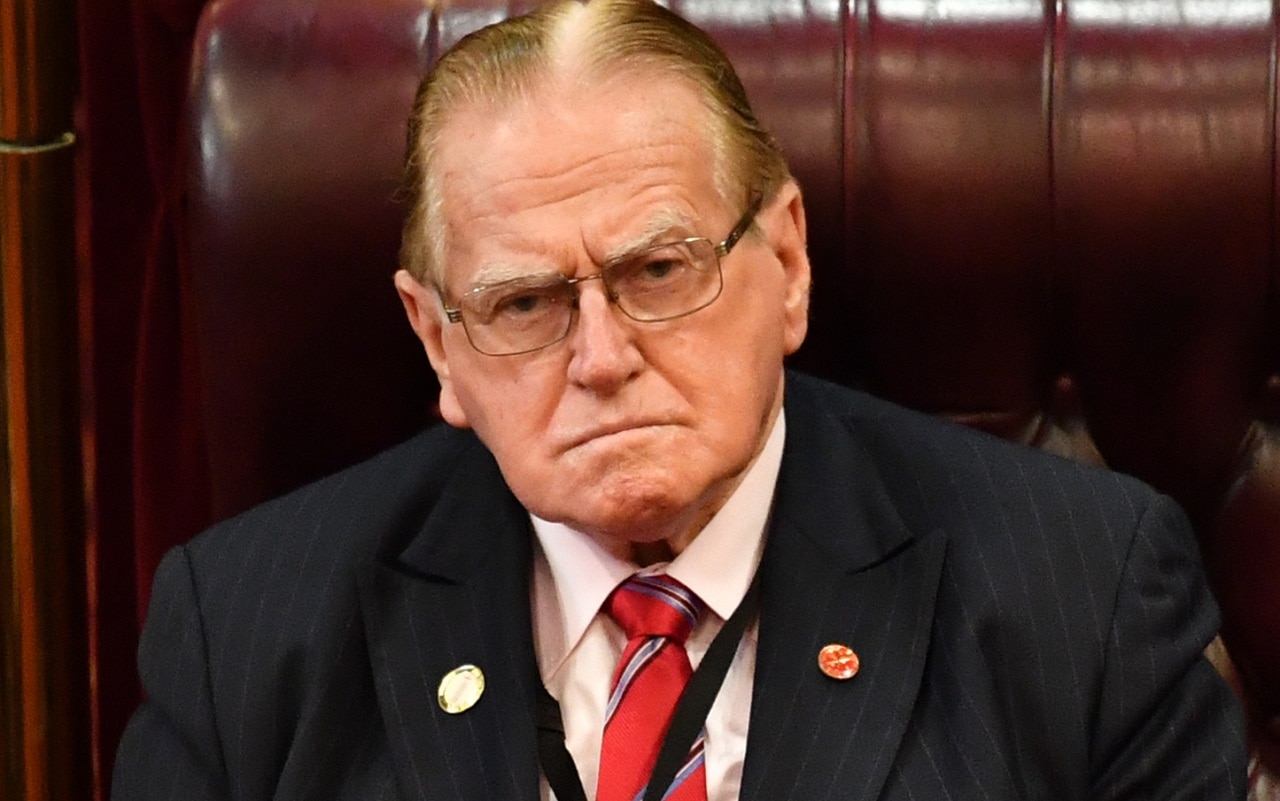 "While extremely concerned about the harm done to women including their foetuses [such as through domestic violence], WLS views the draft law as a clear attempt to undermine women's rights by changing the legal status of a foetus," the statement said.

"The law already provides a serious offence punishable by up to 10 years imprisonment. WLS is also worried the law could be used to impose restrictions on the behaviour of pregnant women." 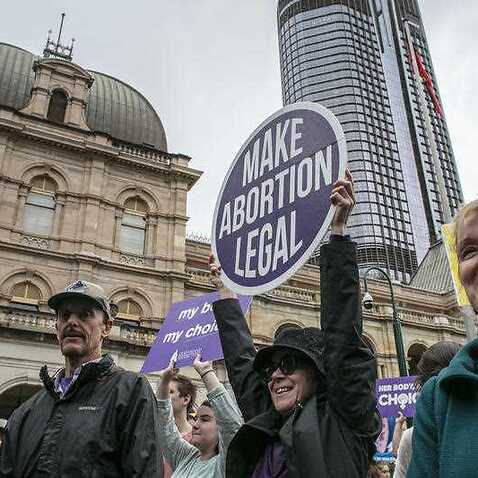 Why is abortion still a crime in NSW?

As a result, protests are planned to take place at NSW state parliament on Thursday co-organised by members of Labor and the Greens.

"Such a law would put access to reproductive health care in NSW at greater risk ... The intended and unintended consequences of such a law will be far-reaching and devastating," a Facebook event page for the protest reads.

NSW remains the last state or territory where abortion is still technically a crime. According to sections 82, 83 and 84 of the New South Wales Crimes Act, abortion is considered criminal if performed unlawfully and can carry a maximum penalty of 10 years.

Abortions in NSW are only considered lawful if a doctor deems the woman's physical or mental health is in danger. Economic and social factors are also taken into account when making the decision.

Zoe's Law has attracted involvement from some unlikely quarters.

The Nationals' Trevor Khan has drafted a list of amendments to the bill in an attempt to satisfy warring parties.

It's notable as Mr Khan previously co-sponsored a bill that established buffer zones outside abortion clinics to protect patients from harassment.

He told BuzzFeed News earlier this month some complainants in car accidents felt a single charge against someone responsible for ending the life of their foetus did "not reflect the enormity of their loss".

"I believe we can actually accommodate their grief without affecting what concerns so many people have in changing the law affecting abortion law reform,” he said.

One such amendment is replacing the term "child in utero" with "the foetus of a pregnant woman".

"The change of the term recognises we are still talking about an injury that is occasioned on the mother, i.e. we are getting as far from a concept of foetal personhood as possible," Mr Khan said in the BuzzFeed News interview. 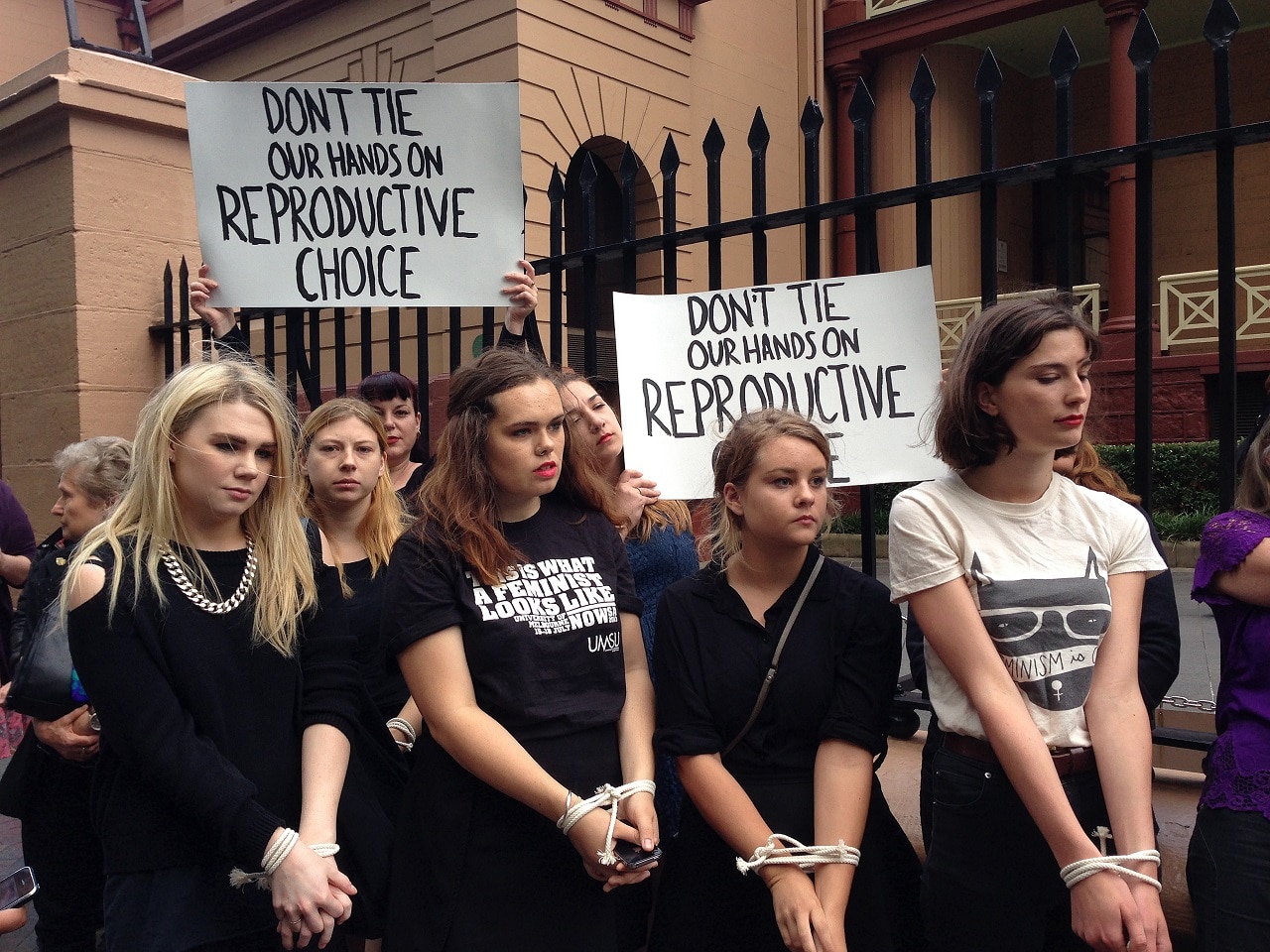 And NSW Premier Gladys Berejiklian said last month she was willing to discuss changes to the law after a recent car crash that claimed the lives of two young women - one of whom was heavily pregnant with twins.

"The first thing I felt was absolute horror that this had happened. It was a wasteful loss of life, an opportunity lost," Ms Berejiklian told Sky News.

"If there are opportunities for us to improve how that's recognised, we'll consider that. I'll get advice and get community feedback."

Pro-life group Right to Life NSW is supporting Mr Nile and fighting any amendments to the bill.

"We have been proud to support Zoe's Law, and that has not changed. The bill as it is currently written is a small, moderate step towards giving dignity and recognition to unborn children and their mothers," a Facebook post said.