More than two decades ago, Sabina Krusevljanin escaped the Bosnian War in "miracle" circumstances to begin a new life. Her story continues to inspire those she meets and will be part of an exhibition in Darwin this month.

Sabina Krusevljanin's story is one of heartbreak, determination and ultimately, reward.

Growing up in Bosnia Herzegovina, she lived a happy life before the horrors of war set in.

"I was born and raised up to my late 20s having an absolutely beautiful life. I couldn't imagine war happening, but the Bosnian War started in '92," she tells SBS News.

"My husband was killed, he was shot in the head by a sniper on the street. I was stuck in the war for almost three years, but it was a pure miracle that followed."

Ms Krusevljanin knew she needed to escape, and her journey to a new life would involve a seemingly impossible route.

"I managed to escape through the tunnel under the Sarajevo airport with a fake document that said I was a journalist," she says.

Known as 'the tunnel of hope', it was built in secret and allowed humanitarian aid to get to those who needed it.

Having worked at the Sarajevo Academy of Fine Arts, she found opportunities in Australia's arts industry, becoming an art model at several art schools and galleries and working as a host at the Art Gallery of NSW. 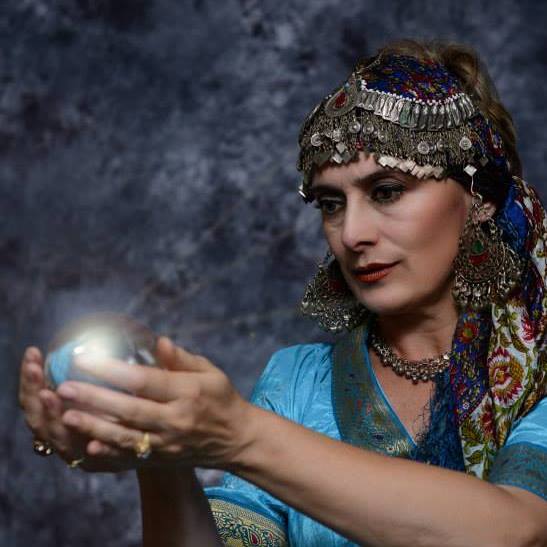 In 2018 she was selected to take part in a special project.

SBS's Digital Creative Labs, in partnership with Google's Creative Lab and the Biennale of Sydney, created 'Belongings', an interactive art project exploring the issue of displacement.

The exhibition was shown both domestically as well as the United States and Argentina and will go on display at Darwin's Melaleuca Refugee Centre this month.

Each story will be available in an additional seven languages, including Arabic, Cantonese, Vietnamese, Mandarin, Hindi, Punjabi and for the first time, Swahili.

As part of the initiative, six refugees shared their stories of leaving their homeland and almost everything they owned in search of a new life in Australia, and described the one item that holds a special place in their heart. Ms Krusevljanin and her rucksack.
SBS

Today, the bag remains an important reminder of her past as well as her strength.

"Every now and then when I feel sad or lonely I just hug my rucksack."

Ms Krusevljanin, who lives in Sydney's inner-west, says she continues to look for ways to grow in the country she now calls home.

"I am a big fan of evolution. Every day and in every way I'm getting better. Two years have passed since the start of Belongings, on a personal level I am happier, healthier, full of joy and peaceful," she says.

Ms Krusevljanin says her part in the Belongings exhibition afforded her the chance to speak to people and be recognised for her journey.

"While working in the Art Gallery of NSW, on a daily basis I welcome hundreds and thousands of people, and people will recognise me from the project."

Ms Krusevljanin says the exhibit remains an opportunity for Australians to take a minute to think about the nation's approach to refugees and asylum seekers.

"I think it is quite different now, the government is different and doesn't support the concept that much. Sadly that is how it is now. But there is a lot of beautiful people with big open hearts who certainly support and welcome refugees and asylum seekers," she says.

"That leaves my heart singing." For anyone looking to flee persecution, Ms Krusevljanin says hope is the most powerful tool.

"In any hard situation, like when you are escaping to save your life and find a place to be safe on planet earth, my main message is 'never give up, keep going'."

"Do not lose faith in yourself and in a higher power of the universe. Miracles happen. Even when you are completely down and you lose all faith in everything. Never, never, never give up."

Belongings will exhibit at Darwin's Melaleuca Refugee Centre from 11-21 February 2020.

The Belongings exhibit is also showing at Sydney's City Recital Hall until 4 April.

Experience the stories from Belongings here.