US Supreme Court Justice Ruth Bader Ginsburg, who died of cancer on Friday evening, reportedly said it was her "most fervent wish" that she not be replaced until a new president is installed.

Ruth Bader Ginsburg, the US Supreme Court Justice who established herself as a trailblazer for women's rights and gender equality, has died from complications of metastatic pancreas cancer at the age of 87.

"Our Nation has lost a jurist of historic stature. We at the Supreme Court have lost a cherished colleague," Chief Justice John G. Roberts, Jr. said.

"Today we mourn, but with confidence that future generations will remember Ruth Bader Ginsburg as we knew her - a tireless and resolute champion of justice."

According to NPR, Justice Ginsburg told her granddaughter Clara Spera days before her death that her "most fervent wish is that I will not be replaced until a new president is installed." 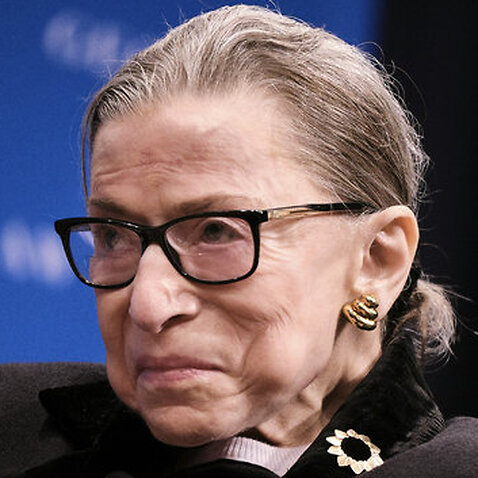 Justice Ginsburg recently announced her cancer had returned, and said she would be undergoing chemotherapy treatment.

Despite her age and long medical history, Justice Ginsburg, a liberal voice on the bench, said she will remain on the Supreme Court.

"I have often said I would remain a member of the court as long as I can do the job full steam. I remain fully able to do that," Justice Ginsburg said.

She has had several bouts with cancer, including a 1999 surgery for colorectal cancer and early treatment for pancreatic cancer in 2009.

Justice Ginsburg was born on 15 March, 1933, in Brooklyn, New York. She earned her bachelor's degree from Cornell University, where she met her husband Martin D. Ginsburg.

Following her graduation in 1954, they married and moved to Fort Sill, Oklahoma, where Marty Ginsburg completed his military service before attending Harvard Law School. 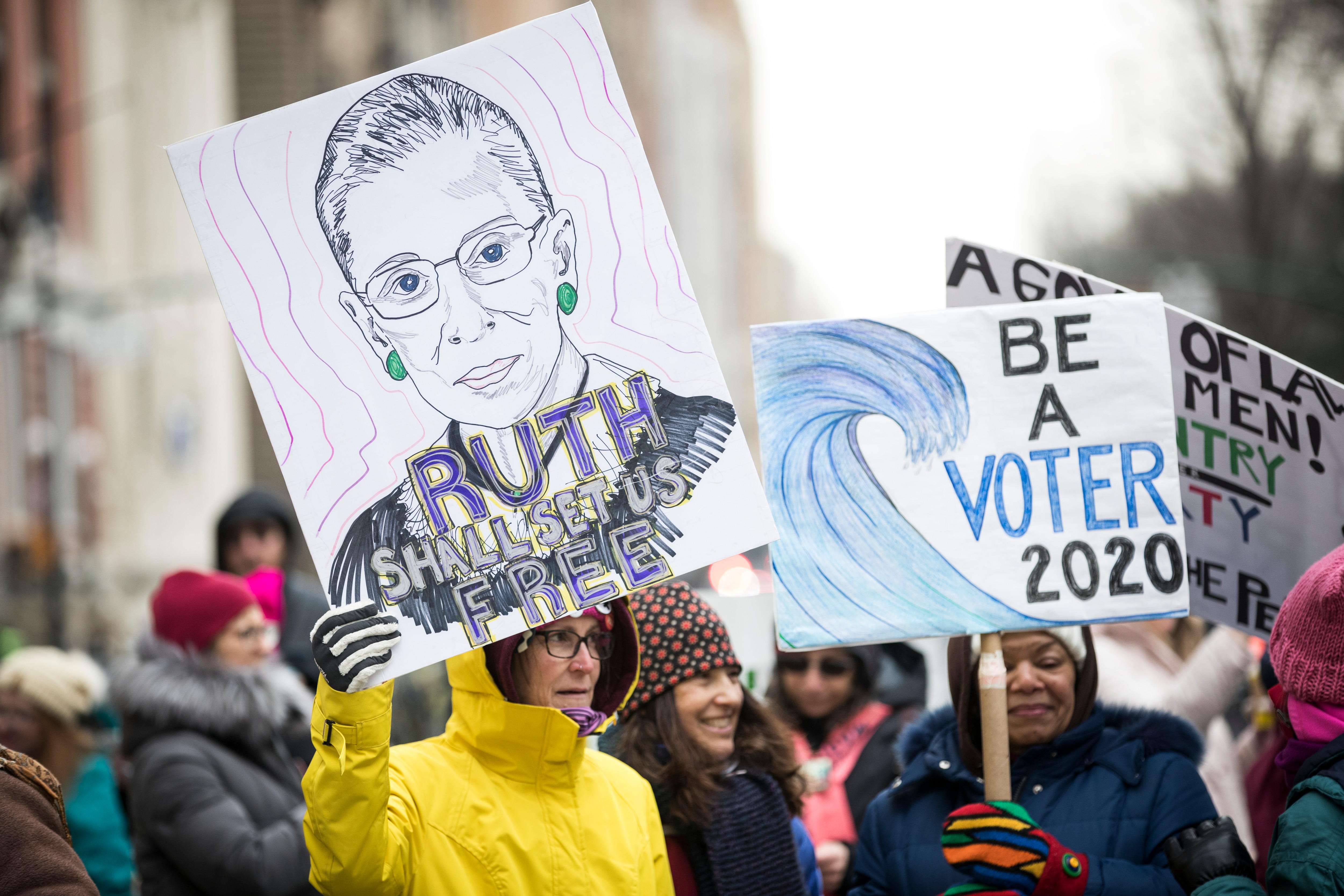 A marcher holds a sign that says "Ruth Shall Set Us Free" during the Woman's March in NY in January 2020.
Getty Images

She gave birth to their first child Jane in 1955 before starting classes at Harvard Law School just 14 months later. At Harvard, she was one of nine women in a class of about 500 men.

When Marty was diagnosed with testicular cancer, she attended classes and took notes for both of them. Even with the added responsibility, she was named to the Harvard Law Review.

When her husband moved to New York for work, she transferred to Columbia University for her final year of law school.

She once again won a seat on the college's law review and graduated at the top of her class. However, despite her long history of academic success, she found that her sex prevented her from obtaining any positions at a established law firms.

As a result, Justice Ginsburg turned to teaching, becoming a law professor at Rutger's University in 1963 before transferring to Columbia University Law School two years later.

There, she became the first woman to receive tenure and helped co-found "The Women's Rights Law Reporter," the first law journal in the United States devoted to gender equality issues. 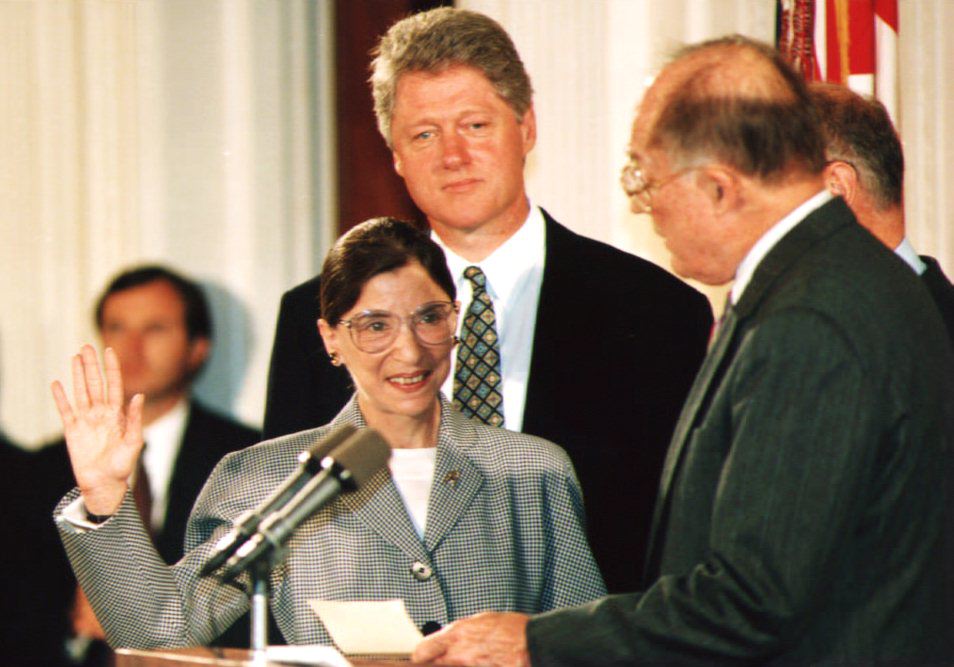 One such case was Moritz v. Commissioner of Internal Revenue, which involved a man who was denied a tax deduction for taking care of a disabled relative - he alleged, because of his gender.

Justice Ginsburg was appointed to the Supreme Court by President Bill Clinton and was sworn in on 10 August, 1993.

She became the second female justice, after Sandra Day O'Connor to be named to the highest court.

When Ms O'Connor retired in 2006, Justice Ginsburg was the only female justice on the court until Sonia Sotomayor joined the bench in 2009.

While on the Court, the Justice authored "My Own Words" in 2016, a compilation of her speeches and writings. 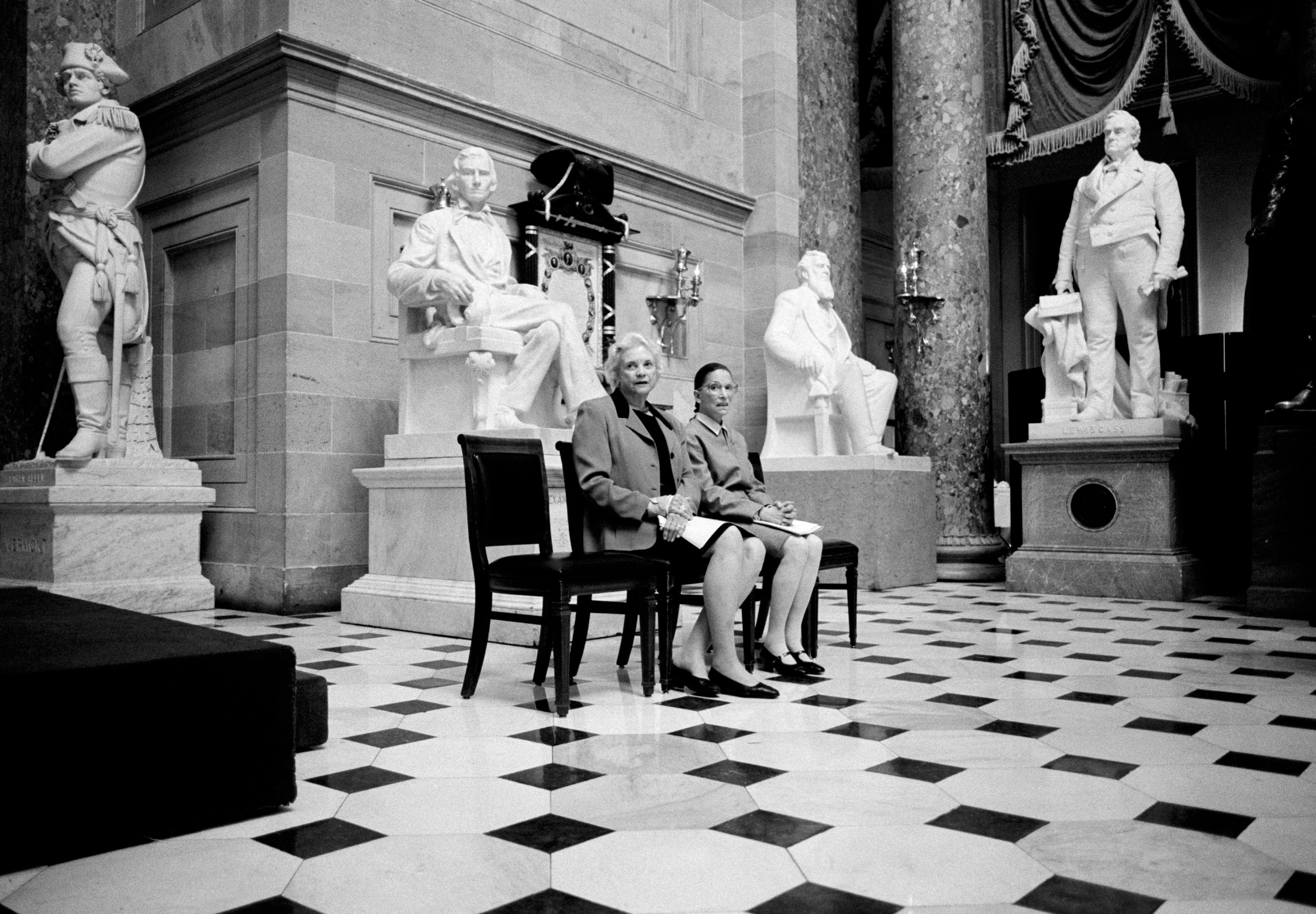 The only two female Justices of the US Supreme Court, Sandra Day O'Connor and Ruth Bader Ginsburg, pose for a portrait at the US Capitol Building in 2001.
Getty Images

In 2018, Justice Ginsburg was the subject the Oscar-nominated documentary "RBG," which chronicles decades of the Supreme Court Justice's career.

In the same year, another film, Mimi Leder's "On the Basis of Sex" starring Felicity Jones, focused on Justice Ginsburg's early life and career as a champion of gender equality.

The outspoken and fierce associate justice inspired everything from memes to one of Kate McKinnon's most popular impressions on "Saturday Night Live."

Justice Ginsburg was supportive of McKinnon's parody, in which she donned oversized robes and large glasses and played up Justice Ginsburg's feistiness.

"I would like to say 'Gins-burned' sometimes to my colleagues," Justice Ginsburg said, referencing McKinnon's tagline. "I liked the actress who portrayed me."

Justice Ginsburg is survived by her daughter Jane C. Ginsburg and her son James Steven Ginsburg. Supreme Court Justice Ruth Bader Ginsburg poses for a portrait to mark her 20th anniversary on the bench on 30 August, 2013.
Getty Images