The shocking toll war takes on young people has been highlighted in a new report, with renewed calls for Australia to stop the export of arms to Saudi Arabia.

A new report has revealed the devastating impact explosive weapons are having on children across the world's five deadliest conflicts.

Save the Children's 'Blast injuries' analysis, released on Thursday, looked at UN data on Nigeria, Afghanistan, Iraq, Syria and Yemen and found almost three out of four child deaths and injuries (5,322 in 2017) were caused by suicide bombs, landmines and airstrikes.

The aid group estimates almost every hour a child is killed or maimed with horrific injuries - including limbs lost, bones shattered and organs damaged. Ismail was seven when the school bus he was on was hit by an airstrike.
Save the Children

Save the Children chief executive Paul Ronalds told SBS News the world needs to do more to keep children safe.

"International law makes it clear that everyone has a responsibility to protect children from war, yet explosive devices are killing children in their homes, in their schools and even in hospitals," he said.

"We have got to stop this war on children, and that is what this is."

"420 million - or one in five - of the world's children are living in conflict zones where they are being killed and maimed by these explosive devices and that's simply a war on children and it's got to stop.

One in five of the world's children are living in conflict zones where they are being killed and maimed by these explosive devices.

- Paul Ronalds, Save the Children

'We were hit by a missile'

Using assumed names, the report includes interviews with children in conflict zones around the world.

Air strikes on the Gaza Strip left 12-year-old "Selwa" paralysed from the neck down, while an explosion cost 12-year-old "Mahmoud" an eye as he was playing football in the street. 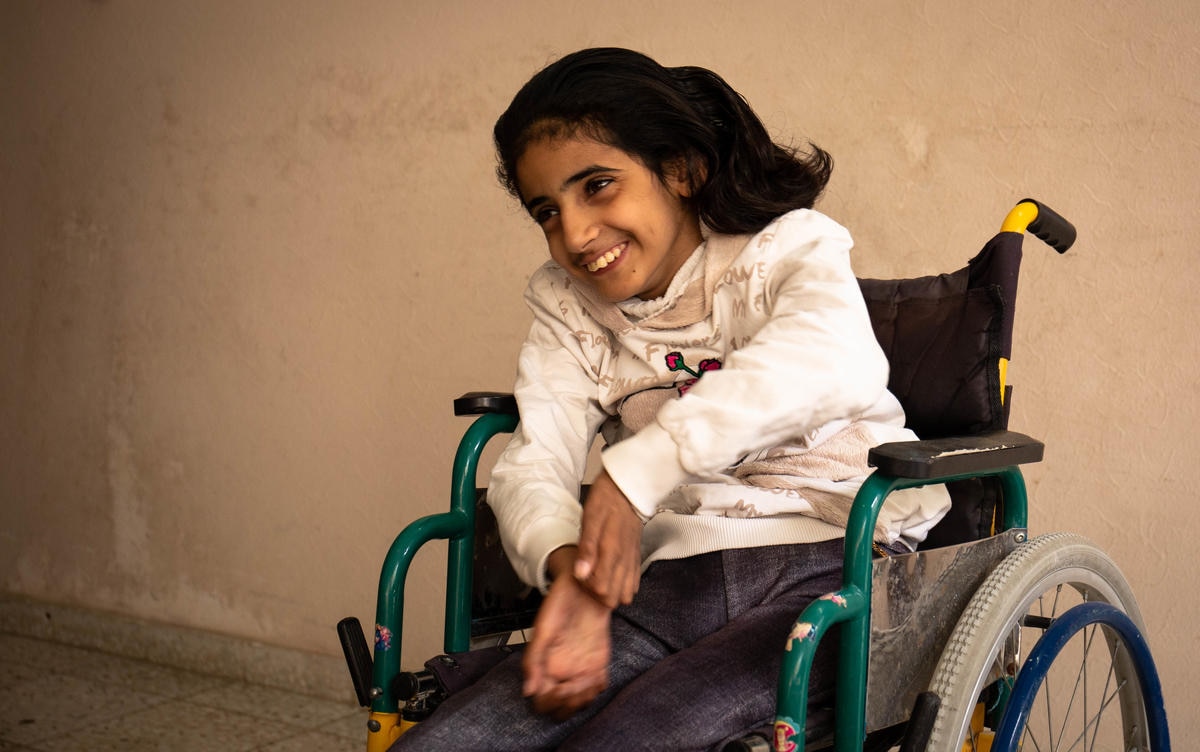 Selwa, 12, was left paralysed in a Gaza Strip bombing
Save the Children

Thirteen-year-old "Mohamed" was displaced from Mosul when IS seized control of the Iraqi city in 2014. His family was forced to move to a new neighbourhood but it was there he was badly injured in a rocket attack.

"The reason for my wounds is that we were hit by a missile and I was hit by shrapnel. I had shrapnel in my hand, my abdomen and my leg," he said. 'I want the war to stop': Yemeni children's heartbreaking messages on fourth anniversary of conflict

Thirteen-year-old "Lulu" is another teenage victim of war.

She describes the psychological impact of a deadly rocket attack five years ago on her Gaza Strip village that left her injured and several others dead. Gazan "Lulu" was left injured and traumatised by a deadly bombing.
Save the Children

"I asked my friend about our other friends and neighbours - what happened to them? she did not answer me at all, so I wondered who would answer my questions? My curiosity was killing me. I wanted to know what had happened to them," she said.

"When I found out that three-quarters of them had died, and the others were either in hospital or at home, I felt that everything in my life was destroyed. 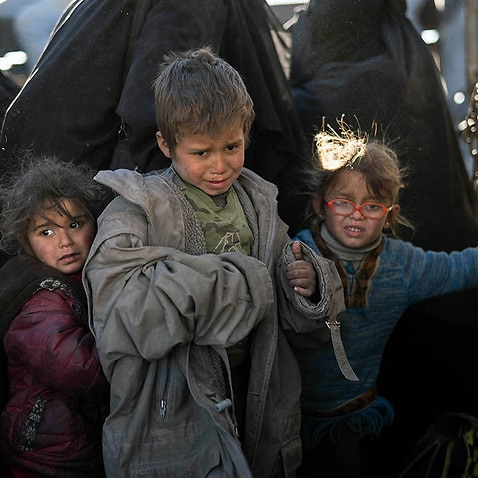 Eight years on, Syria's children bear the brunt of war

Save the Children says Australia can do more to help prevent the trauma inflicted on the young.

"The Australian Government has the opportunity to ban the export of weapons to countries like Saudi Arabia and the United Arab Emirates that are involved in conflicts, such as the one in Yemen, that are clearly breaching international law with the level of maiming and killing of children that is going on in that conflict," he said.

"There's just no excuse for Australian weapons to be used to kill children in Yemen and fuelling what is the world's worst humanitarian crisis. So that's got to be right at the top of the agenda for an incoming government." 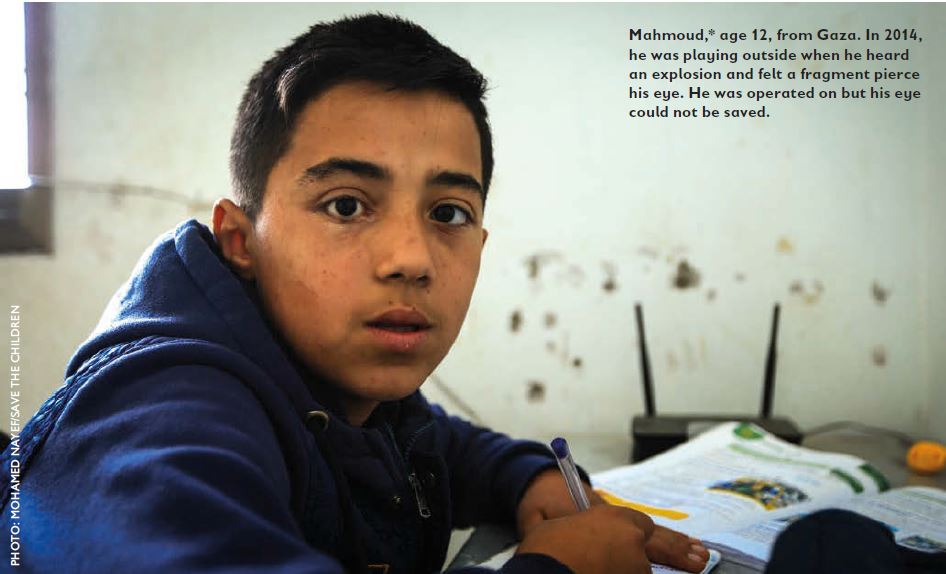 In February, Australia was reported to be still considering whether to ban arms exports to Saudi Arabia.

The federal government has continued to approve weapons sales to the kingdom, bucking a growing international trend.

"Australia reserves the right to exercise options in relation to these matters."

Italy, Denmark and Finland have all said they will follow Germany's lead in banning arms sales to Saudi Arabia, with the US Congress calling called for an end to support for the kingdom.

With young people particularly vulnerable to horrific and fatal injuries, Save the Children has produced a field handbook for doctors and surgeons working with those injured by explosive weapons. "Of course in many of these conflict zones hospitals and other medical facilities are simply not operating and where they are they don't have the sort of capabilities needed to treat children so it's horrific that they get injured and they are not getting the medical attention that they need."