The end of ABC shortwave radio broadcasts into the Pacific after 88 years has been criticised as an Australian foreign affairs ‘misstep’.

It is the end of an era for more than 10 million people in the region, who will no longer have access to a highly-valued service, especially during natural disasters and political upheavals.

The ABC decided to pull the plug on what it calls “outdated technology”, replacing it with “online streaming” and FM radio.

Shortwave radio is old, but it is simple and reliable technology for reaching even the remotest parts of the Pacific.

The decision to kill off transmissions from towers in Shepparton in Victoria has been criticised across the region.

“That's quite ironic considering this year we're going to see a new foreign policy White Paper, the first in 13 years, and a new Pacific Strategy coming out of Canberra.

“With the one hand they’re going to be doing all this creative thinking, and with the other hand the ABC is going to be removing a tool that could be very beneficial for that sort of work.”

"You make sure you have the new stuff before you cut the old stuff."

Vanuatu’s Trade Commissioner to Australia Donald Pelam appealed to the Australian government not the cut the service on YouTube.

“If the ABC shortwave shuts down it will be a really big disaster, for us we really do not want this to happen,” he said.

“We seem to be turning our back on the Pacific Islands in many, many ways, and this is another example of it,” he said.

“(ABC shortwave) has been exceptionally important for Australia diplomatically to have this reliable service go out to all these countries in the Pacific, and to just throw it out the window doesn’t make any sense.

“It’s not doing Australia any favours at all in those countries out there that have relied on this service for so long.”

The national broadcaster announced the end of shortwave in December as foreign minister Julie Bishop toured Vanuatu, Solomon Islands and Samoa, and after she released a video stating, “The pacific (sic), our neighbourhood, our priority”.

Ms Bishop said she passed on concerns from Pacific island nations to the ABC.

For eight decades, Radio Australia shortwave service reached out over the millions of square kilometres of the Pacific, from the Indonesian province of West Papua, up to Nauru, Micronesia and the Marshall Islands and east to Cook Islands and French Polynesia.

When the Pacific's first Category Five cyclone hit Vanuatu in 2015, destroying local communications infrastructure, ABC shortwave was a vital link, as it had been during so many other natural disasters in the region.

When military coups censored the media in Fiji and the Solomon Islands, ABC shortwave was there providing independent coverage of events.

The ABC says it is replacing the "outdated technology" and will "expand its digital content ... together with FM services for international audiences".

The decision to cut shortwave was announced in December, giving listeners less than two-months notice of the change.

The ABC admitted it had no data on the usage of the service in the region.

A spokesman said the ABC has since conducted an on-air awareness campaign on Radio Australia, on its website and Facebook pages about where listeners could access it in future.

In the far-flung islands of the Pacific, many people do not have FM reception or affordable internet services.

“For a lot of people, particularly in rural and remote areas, the (shortwave) radio is their primary form of communication about what’s going on in their own country and the rest of the world,” said Ms Newton Cain.

“A significant number of them rely on shortwave and are being told, ‘You’re going to have to rely on FM transmitters’, if you’re in reach of one.

“In Port Vila, the capital of Vanuatu, at the moment FM103, which the ABC relies on, hasn’t broadcast for the whole of this month.

“Simply saying, ‘We’re going to put a whole lot of content online’, assumes that there’s a whole lot infrastructure in place and that people have funds to buy data packages, which for a lot of people in remote and rural areas is just not realistic.”

A study by New Zealand’s Network Strategies on internet access affordability in the Pacific found PNG tops the list of 12 Pacific countries with the most expensive internet service, followed by Solomon Islands and Kiribati.

The ABC will save about $2 million a year in transmission costs with the end of shortwave. In the Pacific it is considered a big loss for a small gain compared to the almost $1 billion Australia spends on foreign aid in the region.

The national broadcaster said it “has fully briefed relevant government ministers and departments about the reasons for the decision, including the Foreign Minister and DFAT”.

Ms Bishop’s office did not respond to questions asking if she supported or opposed the ABC’s decision.

“The Australian Government has raised our concerns with the ABC and we understand that the ABC’s plans remain unchanged,” a statement from the foreign minister's office said. Australia not giving up on Trans-Pacific Partnership 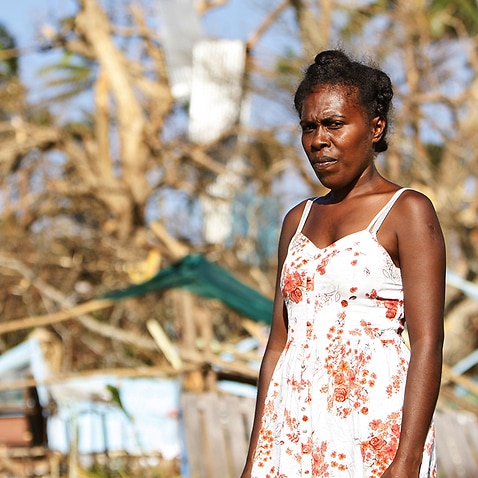 “The Minister is aware of concerns regarding more remote parts of the Pacific where alternative services may not be readily available.

“We will continue to seek information from the ABC and other partners in the region on the impact of this decision.”

Opposition spokesperson for International Development and the Pacific, Senator Claire Moore, said the ABC and foreign affairs minister Julie Bishop will be questioned at Senate Estimates in February about the decision.

“There are new technologies being developed, and we celebrate that, and we want that to happen, but you make sure you have the new stuff before you cut the old stuff,” Senator Moore said.

“Concerns about this decision have been raised and it may impact our future relationship, and I don’t want to see that happen.

“We want to have that openly discussed and evidence to prove that the ABC can maintain communications in difficult times.

“Our problem is that from the day this announcement was made, where is the evidence beyond a two paragraph (ABC) statement about greater technologies in the area.”