Campaigners gathered in Belfast on Monday to prepare for a momentous change to both the laws at the stroke of midnight.

Abortion and same-sex marriage have been legalised in Northern Ireland, after a group of local lawmakers failed on Monday in a last-minute bid to thwart the London-ordered liberalisation of the laws.

Abortion was illegal in the British-ruled province - except when the mother's life was in danger - but was decriminalised at midnight on Monday, with service providers to be allowed to operate next year.

So much love to you Northern Ireland ❤️ pic.twitter.com/RGu6RQ63PJ

It passed the legislation changing the laws in Westminster in July to bring the province, where devolved government has been suspended since early 2017, into line with the rest of the UK.

Abortion and same-sex marriage are legal in England, Wales and Scotland.

Dozens of Northern Irish Assembly members briefly returned to their suspended parliament for the first time in nearly three years on Monday, largely in protest at the looming changes.

The regional government in Belfast collapsed in January 2017 amid a breakdown in trust after a scandal over a renewable heating scheme split the power-sharing executive, and has remained shuttered ever since despite several bids to resurrect it.

The assembly had until the end of Monday to pass its own legislation stopping the move towards legalisation.

However, the return of around a third of the members of the 90-seat chamber was brief and descended into acrimony, breaking up without any action being taken.

The majority of those appearing at Stormont were members of the conservative Democratic Unionist Party (DUP), led by Arlene Foster.

Members from Sinn Fein, one of the two major parties representing Northern Ireland's Irish Catholics, boycotted the sitting, branding it "a circus".

The SDLP, the other main Republican party, did attend but walked out of the chamber amid divisions over whether a new executive and speaker could be selected. 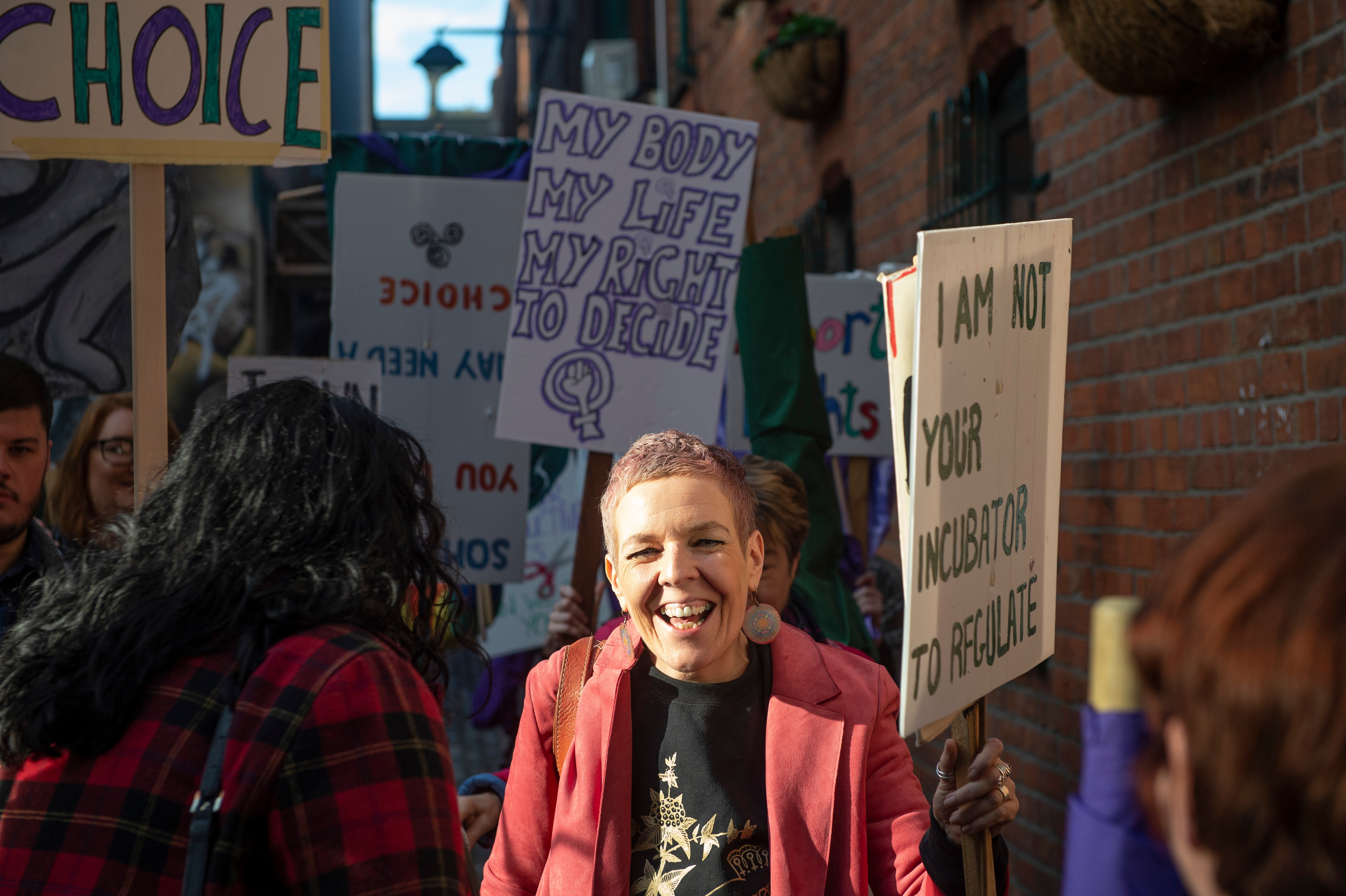 Members of pro choice group Alliance for Choice at a press conference on October 21, 2019.
Getty

"The assembly cannot do any business until a speaker and deputy speakers are elected," outgoing speaker Robin Newton, from the DUP, told the assembly before it broke up.

The party's leader Foster said it was a "very sad day".

"We will have to take a look at all of our legal options," she added.

"They're going to discuss issues which they can do nothing about. That's all about being dishonest with the public," she said Friday. 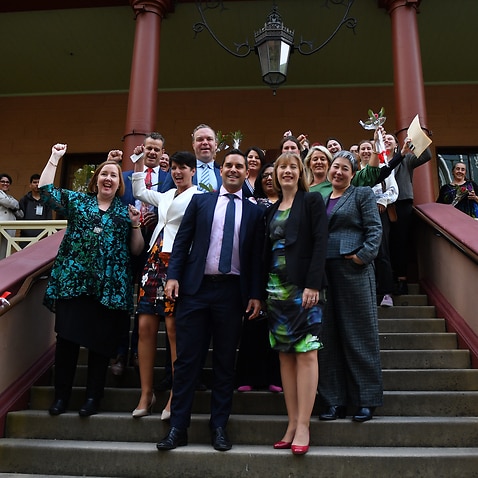 Abortion has been decriminalised in NSW, and here’s what will actually change

In the run-up to the sitting anti-abortion and pro-choice campaigners arrived in the grounds of Stormont for a muted face-off.

The abortion opponents held placards reading "not in my name" depicting foetuses and could be heard singing and praying.

"This is undemocratic and it's wrong. So it's important that we're here today to be a voice for the vulnerable -- unborn children in our society."

Celebrations were also expected in the province to herald the landmark changes.

"We're happy that it's happened, but maybe not so happy that it hasn't come from our government," said 24 year-old chef Jane Peaker, who is engaged to a same-sex partner.

Secretary of State for Northern Ireland Julian Smith told the British parliament Monday that a new legal framework for lawful access to abortion services in Northern Ireland will be put in place by March 31.

Meanwhile, regulations governing same-sex marriage and civil partnerships will be made no later than January 13, with the first marriages expected to take place in the week of Valentine's Day.