Fatemeh Motamed-Arya has used her popularity as an artist to tackle the difficult and complex issues facing her country.

Fatemeh Motamed-Arya is in Australia as a special guest of the Iranian Film Festival Australia (IFFA).

She is a well-respected political activist and is recognised for her commitment to women’s rights, charity fundraising and humanitarian projects.

Motamed-Arya uses her platform to speak of these types of issues, and in turn has a large following. 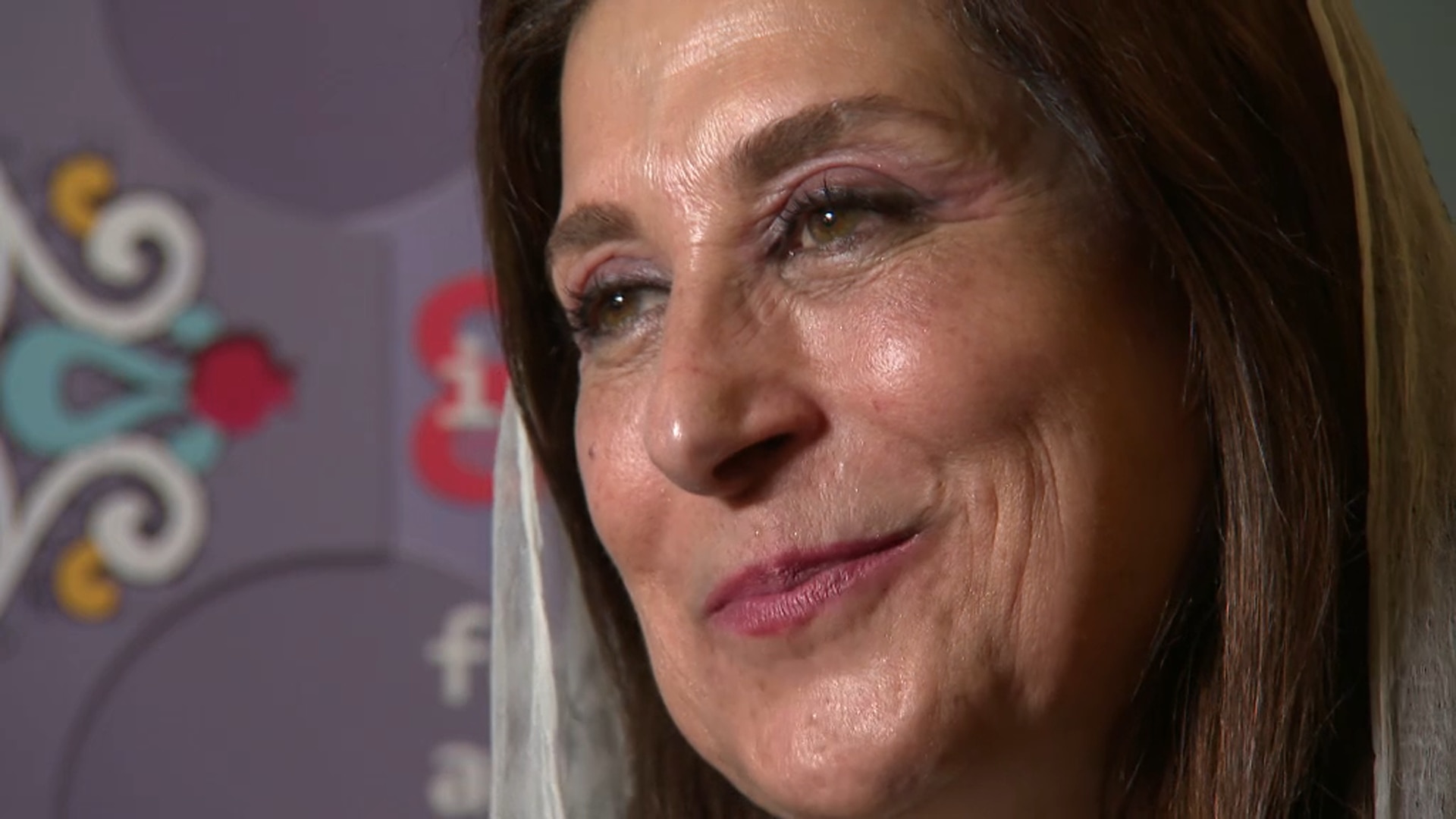 As an activist and popular actor, Motamed-Arya has faced challenges, including bans across Iranian screens on several of her films.

"I had to explain nothing will happen if they show my movies."

She is also an advocate for peace in a region of turmoil.

"I'm a social activist also, I think that's the reason because small things that I'm talking about for the people, it's big and huge happening - so they can follow me easily," Motamed-Arya said.

"They're afraid of something happening, but I'm not a political person, I am an artist.

"I think artist is a high level of the quality of the country and socialist activists, the politics are down and we are at the top - it's different."

A decade ago, Motamed-Arya was banned from leaving Iran to attended a seminar in the US.

"With the political happening inside the country, they keep my passport and they don't let me go to the US and to the academy," Motamed-Arya said.

She says social activism is seen as a major influence for people of Iran.

There are also challenges working in a country that has a powerful enemy in the US. "Now I have to tell you that it's really difficult because of the sanction, because of a lot of things that have happened outside the country and now it's put more force on the people."

Her many acclaimed roles include 'Gilaneh' and 'Nibat', the Azerbaijani contender for an Oscar in 2015.

She was also awarded the Montreal Film Festival Best Actress Prize in 2011 and the French Prix Henri-Langlois for Actress and Cinema of the World in 2012.

This year, she was selected for the 75th Venice Film Festival Jury. She has been nominated nine times for Best Actress at the Fajr International Film Festival and won the Crystal Simorgh four times.

The IFFA is in its eighth year and showcases the best of Iranian cinema. "To show it's not really just what the mainstream media shows, but there's a different side to the Iranian life," Mr Miladi said.

"It's very much like anywhere else in the world where people live their normal lives."

Motamed-Arya will attend screenings of 'Tale of the Sea' in which she plays the lead role.

It's one of twelve films showing this year.

"The politics, the geopolitical situation of Iran and all of that which makes Iranian cinema to be in focus."

The festival will tour across Australia from October 18 to November 18. Fatemeh Motamed Arya was ten years ago banned from leaving Iran to attend a seminar in the US.
SBS News